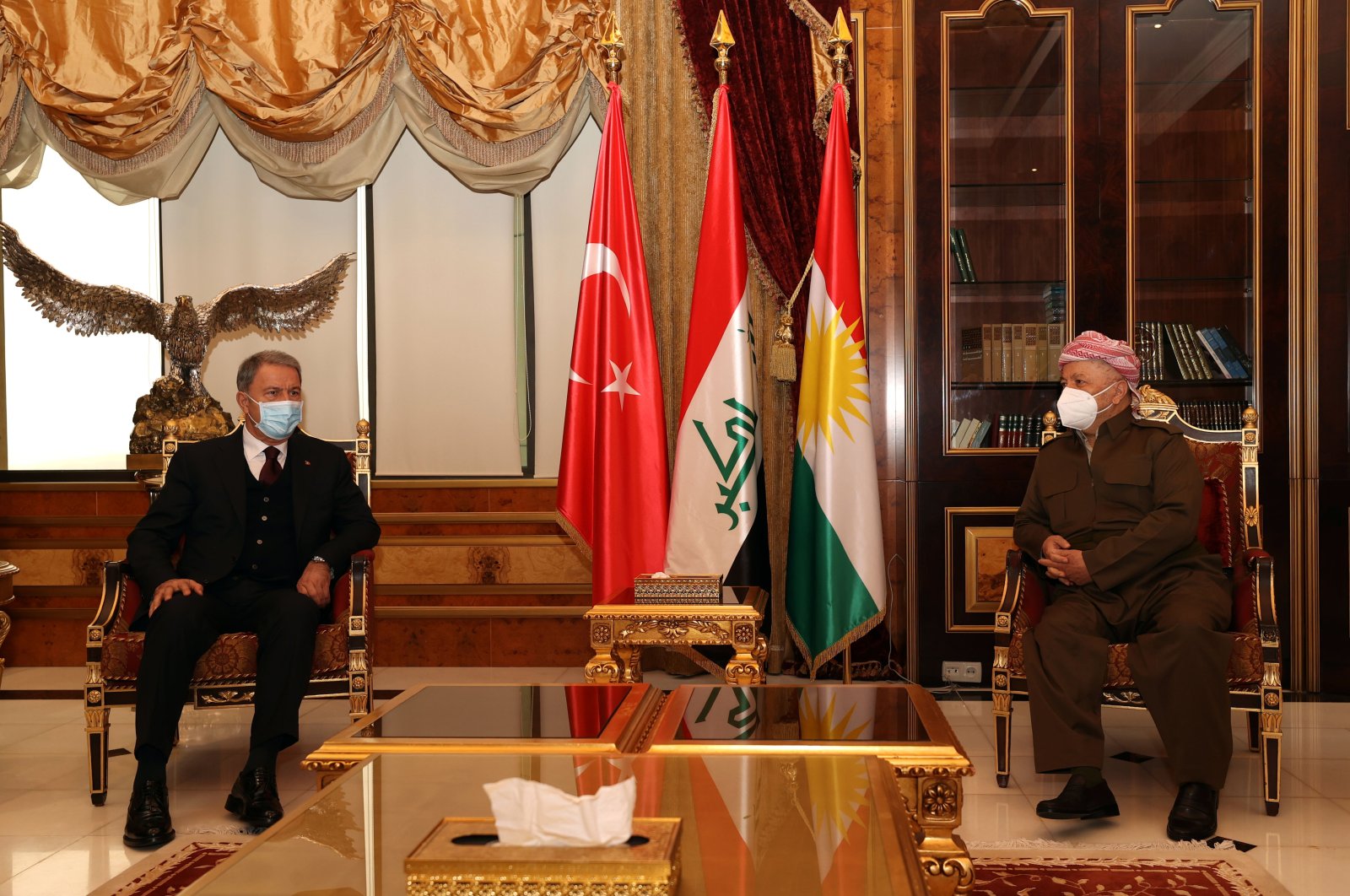 Turkey plans to eliminate the PKK threat through unity and solidarity to ensure border security and peace with its neighbors, Defense Minister Hulusi Akar said Tuesday.

Akar said Turkey's aim is to eliminate the PKK threat with a spirit of unity and solidarity, bringing peace to the region.

Turkey's top defense official Akar, along with the country's Chief of Staff Gen. Yaşar Güler, arrived in the Iraqi capital Baghdad Monday as part of an official visit to discuss joint cooperation between Turkey and Iraq, with a specific focus on combatting terrorism.

The Turkish Armed Forces (TSK) regularly conducts cross-border operations in northern Iraq, a region where PKK terrorists have hideouts and bases from which to carry out attacks in Turkey. The KRG in northern Iraq had previously called the PKK's presence in Sinjar unacceptable and urged the militants to leave the area.

Following the announcement of a deal signed between the central government in Baghdad and the KRG in October to restore stability in Sinjar, the Turkish Foreign Ministry said it hoped the agreement would enable the reinstatement of Iraqi authorities' control in Sinjar and lead to the eradication of the Daesh and PKK terrorist groups and their offshoots from the region.