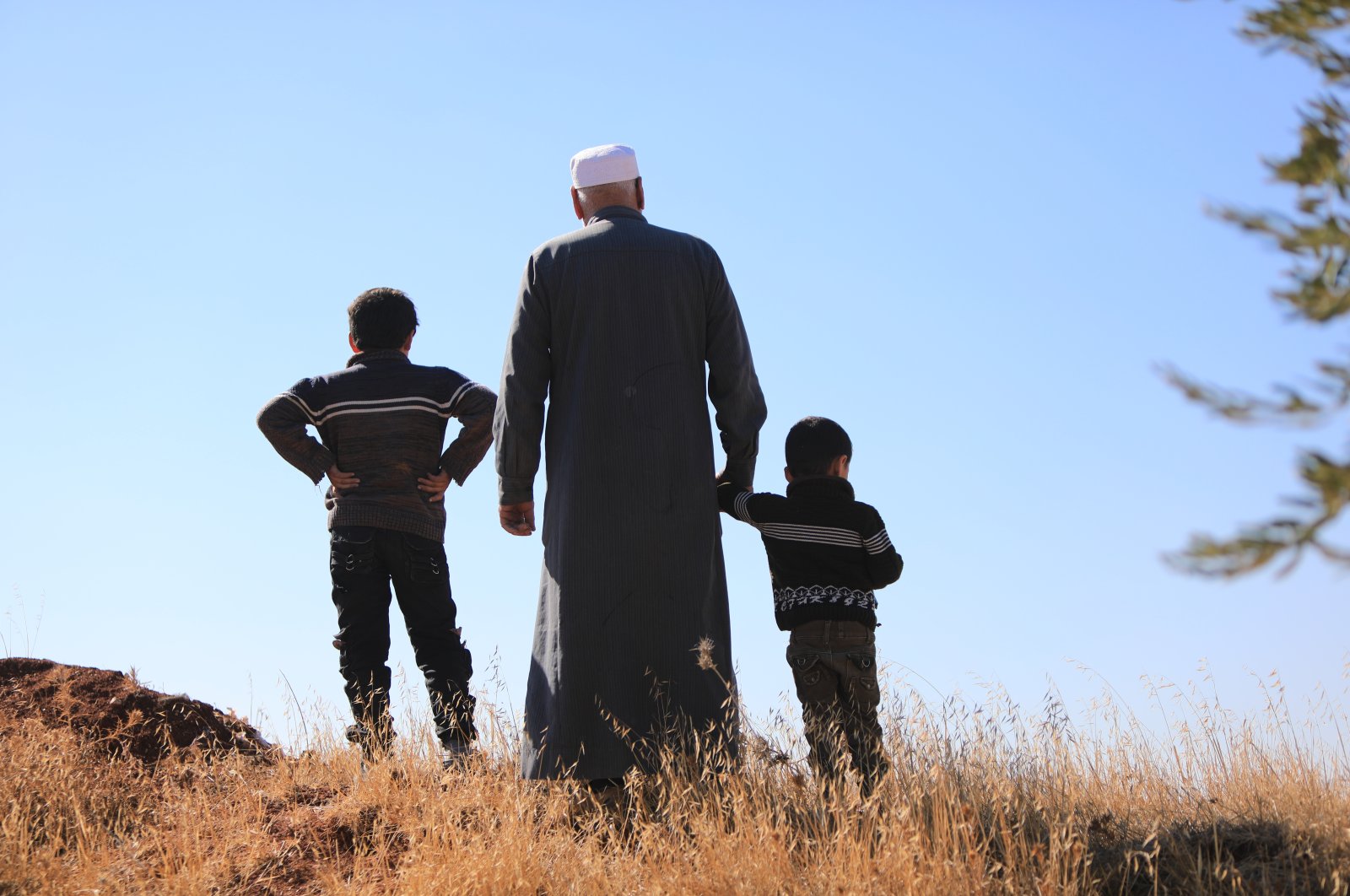 Nearly a quarter of a million people displaced by the terrorist group PKK's Syrian offshoot YPG, who sought asylum near the border with Turkey, wait for the day to return to their beloved homes.

Most of the civilians whose relatives were killed by the terrorist organization live in the opposition-controlled Azaz district in makeshift tents.

Haj Ali Muhammed, one such person, said: "When the attacks occurred, we left our house and hid under the olive trees for about 10 days. We tried to migrate to a safe zone.

"As a result of the firing, two of my sons lost their lives. I am looking after five orphans now."

Mostafa Ibrahim Akkas said that he took shelter with his family in Azaz after YPG/PKK attacks on their village, Meranaz, north of Tal Rifaat.

The 46-year-old father said he lost one of his sons in a YPG/PKK attack.

He said the terrorist group is trying to disunite Arabs and Kurds in the region.

Since 2016, Ankara has launched a trio of successful counterterrorism operations across its border in northern Syria to prevent the formation of a terror corridor and enable the peaceful settlement of residents: Euphrates Shield (2016), Olive Branch (2018) and Peace Spring (2019).

In its over 40-year terror campaign against Turkey, the PKK – listed as a terrorist organization by Turkey, the United States and European Union – has been responsible for the deaths of at least 40,000 people, including women, children and infants.