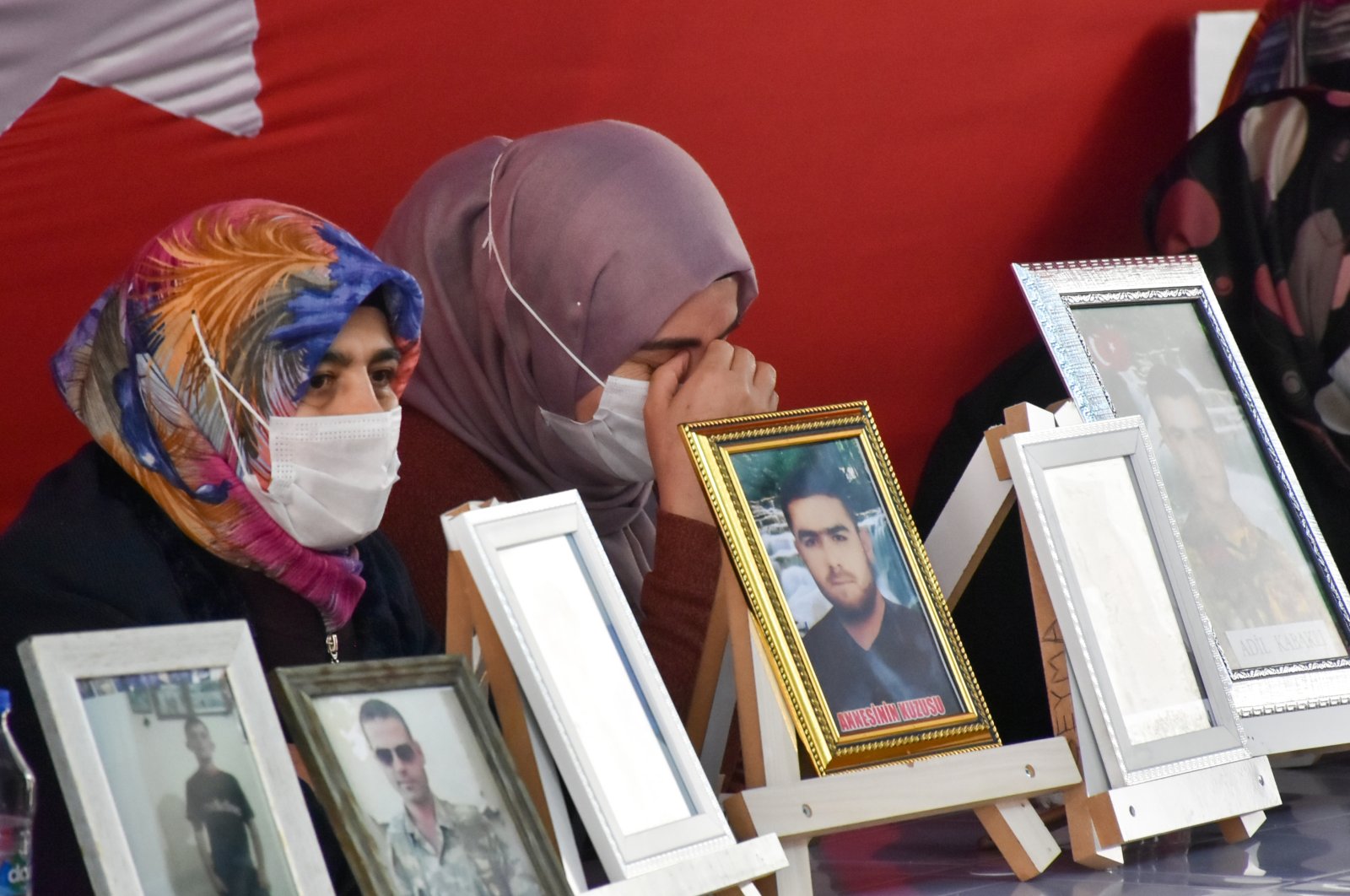 Families protesting the abduction of their relatives by the PKK continue their sit-in for the 500th day, Diyarbakır, southeastern Turkey, Jan. 14, 2021. (AA Photo)
by DAILY SABAH Jan 14, 2021 4:08 pm
RECOMMENDED

The sit-in protest by families whose children were abducted by the PKK terrorist organization has entered its 500th day, and the mothers and fathers in front of the Peoples' Democratic Party (HDP) headquarters in southeastern Diyarbakır province have no intention of throwing in the towel.

The protest started when Hacire Akar turned up on the doorstep of the HDP’s Diyarbakır office one night. Akar’s son Mehmet returned home on Aug. 24, 2019, giving hope to other families. A week later, on Sept. 3, 2019, families inspired by Akar transformed her solo stance into a collective sit-in protest.

Since then, the number of protesting families has grown gradually and has exceeded 120 as they demand the return of their children who, they say, were deceived or kidnapped by the terrorist group.

Out of those 120 families, the number of those who have been reunited with their kidnapped children has reached 22.

Families have continued their stance under difficult conditions. They were sometimes threatened by HDP officials and even by people linked with the PKK terrorist organization. They have also not given up during the coronavirus pandemic, continuing sit-in protests by taking necessary precautions.

Zekiye Bozdağ, one of the first people to initiate the protest for her brother who was kidnapped in August 2019, said that they will continue to wait for their relatives even if “500 years pass.”

“We will take back our children. There is no other way,” she said.

A significant number of suspected terrorists have started fleeing the PKK and surrendering, while many terrorists lack the courage to leave the group because they would face severe punishment if caught. More than 235 members surrendered to Turkish security forces in 2019. Once they surrender, former recruits are provided with many opportunities, including the right to an education and the freedom to live without fear and oppression.