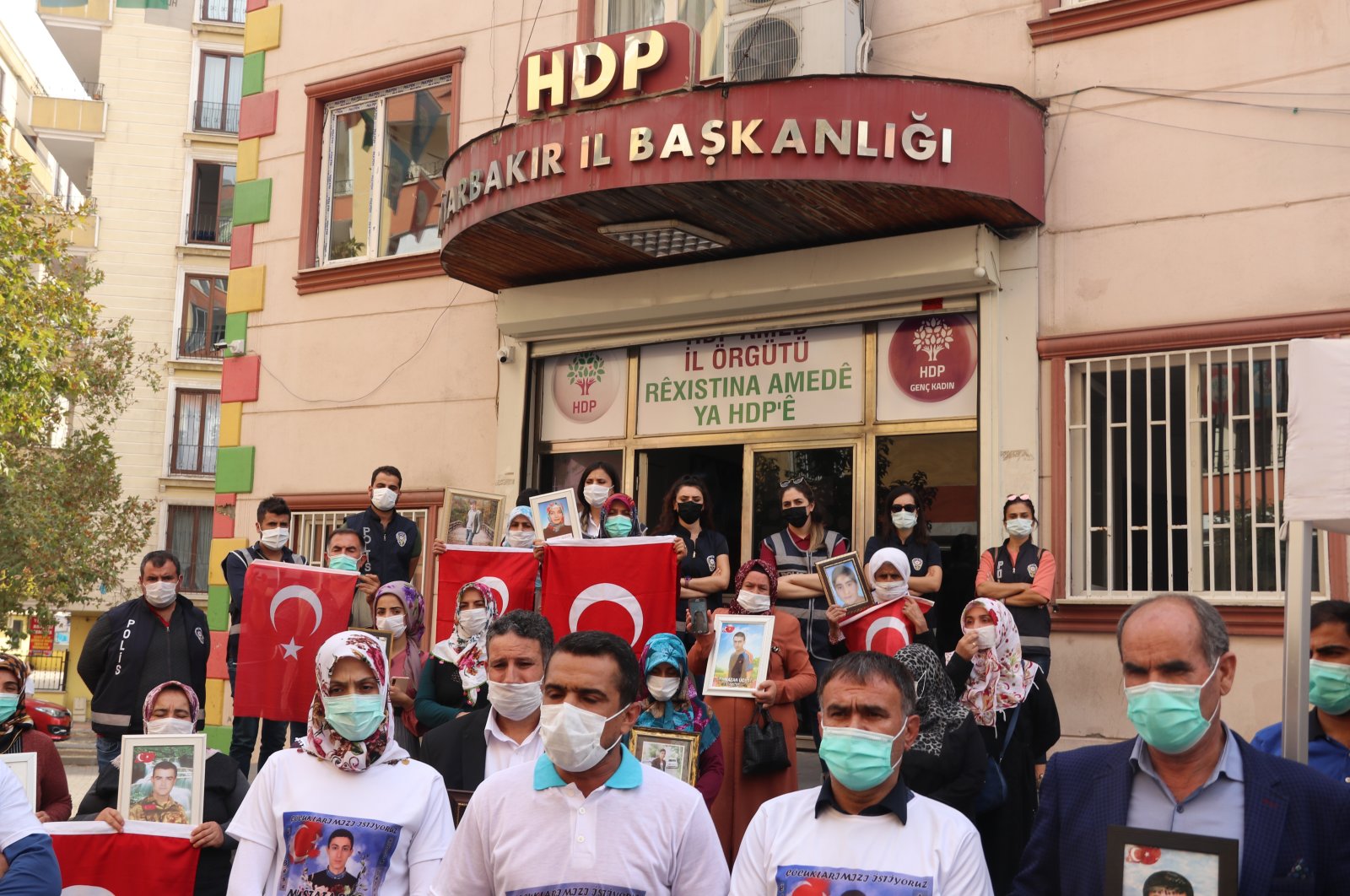 Families protesting the abduction of their children in front of the pro-PKK Peoples’ Democratic Party (HDP) in Diyarbakır province, criticized the party’s lawmaker Meral Danış Beştaş for supporting the terrorist group rather than those holding the sit-in.

Ayşegül Biçer, whose child was abducted two years ago at the age of 17, stated that two days ago, Beştaş asserted that the party does not want anyone to die as she left the party’s building. Yet, Biçer said that these words were not sincere and that the party follows the instructions of the terror group.

“You have sent them (children) to die. She (Beştaş) said that the party made speeches every day for us. Where were you when these families were crying for 419 days? You are not with us; you are with the PKK,” Biçer said.

Biçer said that the sit-in now includes 164 families and is a reaction to the HDP and PKK.

Saying that for the last 419 days, none of the HDP leaders has come out to speak to the families, Biçer stated: “We are sure that we are at the right address because our children entered the HDP Diyarbakır provincial building and became lost.”

She said the political party is the PKK’s puppet.

Süleyman Aydın, a father of an abducted child, called on HDP co-chair Pervin Buldan and urged the party to demand the children back from the PKK if they do not want them to die.