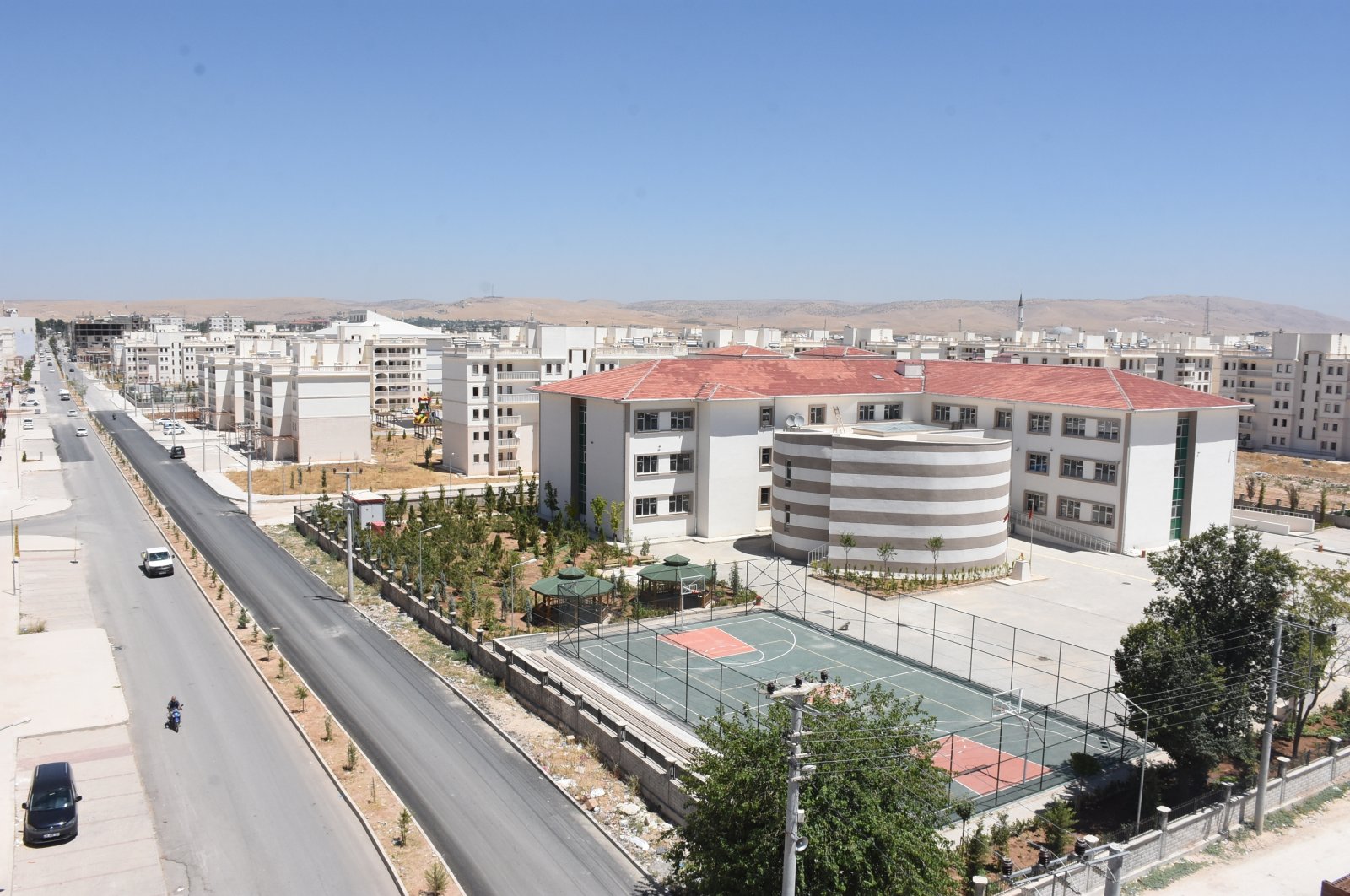 Education has revived in southeastern Mardin's Nusaybin after the district was liberated from PKK terrorism by Turkish security forces.

Building eight new schools to replace the schools that were damaged or destroyed by the PKK, the Turkish government has escalated efforts to restore the district to normal as the counterterrorism operations in the region have proven to be effective.

Five years ago, Operation Sparrowhawk-7 was launched against PKK terrorists in the region. Years later, the successful operation has enabled the district to reengage in social and economic life. With the government's initiative, the houses and workplaces that were harmed by terrorist attacks have been rebuilt.

The latest step toward reconstruction is the opening of desperately needed new schools to replace the nine schools that were destroyed and 22 that were damaged in terrorist attacks.

Last year, three new schools were constructed in the district to replace the old ones, and the number has risen to eight in 2020 with the addition of five new schools. The newly built schools are expected to welcome their students in the upcoming education term.

Nusaybin's district director of national education, Ümit Çetin, said that the new schools are all modern buildings and will greatly benefit education in the district.

"We have been really relieved in terms of the education," he told Anadolu Agency (AA), adding that the schools have sports facilities, libraries and many open areas for students to enjoy.

Turkish security forces regularly conduct counterterrorism operations in the eastern and southeastern provinces of Turkey, where the PKK has attempted to establish a strong presence. The areas that have been cleared of the terrorist group celebrate their liberation.

There has also been a surge in the number of terrorists laying down arms and surrendering to Turkish security forces following the series of successful domestic and cross-border anti-terror operations.