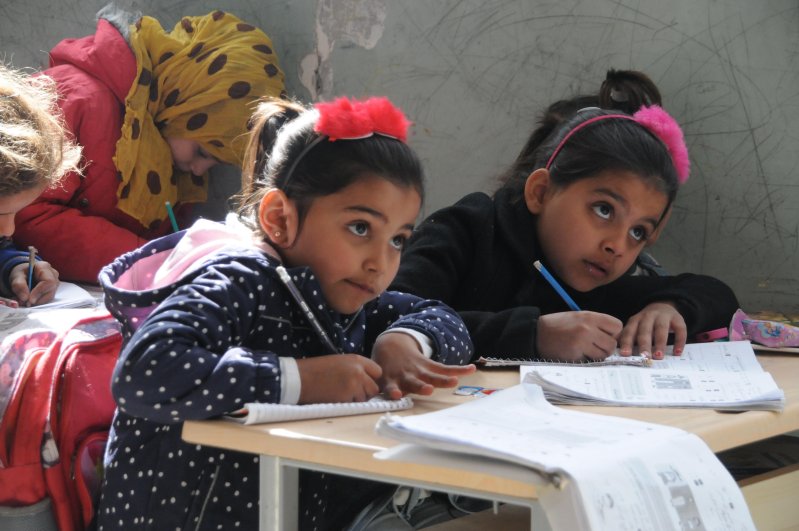 Schools in northern Syria’s Tal Abyad are now providing education to 22,457 students after the city was cleared of terrorists in Turkey’s Operation Peace Spring.

In the area of northern Syria east of the Euphrates river, 267 schools resumed education after the area was cleared of terrorists during Operation Peace Spring. More than 1,150 teachers who left their teaching positions under the pressure of the terrorists have now returned to their responsibilities.

Schools destroyed by terrorists were repaired and public services were offered once again to locals. The Tel Abyad local council said it is grateful to Turkey for bringing peace to the city. The council noted that from now on there will be many educational opportunities for children.

Tal Abyad was cleared of terrorists as part of Operation Peace Spring on Oct. 13. Since then, locals have gradually returned with humanitarian aid being provided with the help of the Turkish Armed Forces (TSK) and the Turkish Red Crescent. Many schools were also discovered to have been converted into military bases by the YPG/PKK, with some even hosting tunnels for terrorists to hide in and escape. Extensive efforts were therefore launched to repair and renovate schools and continue educational activities in the district.