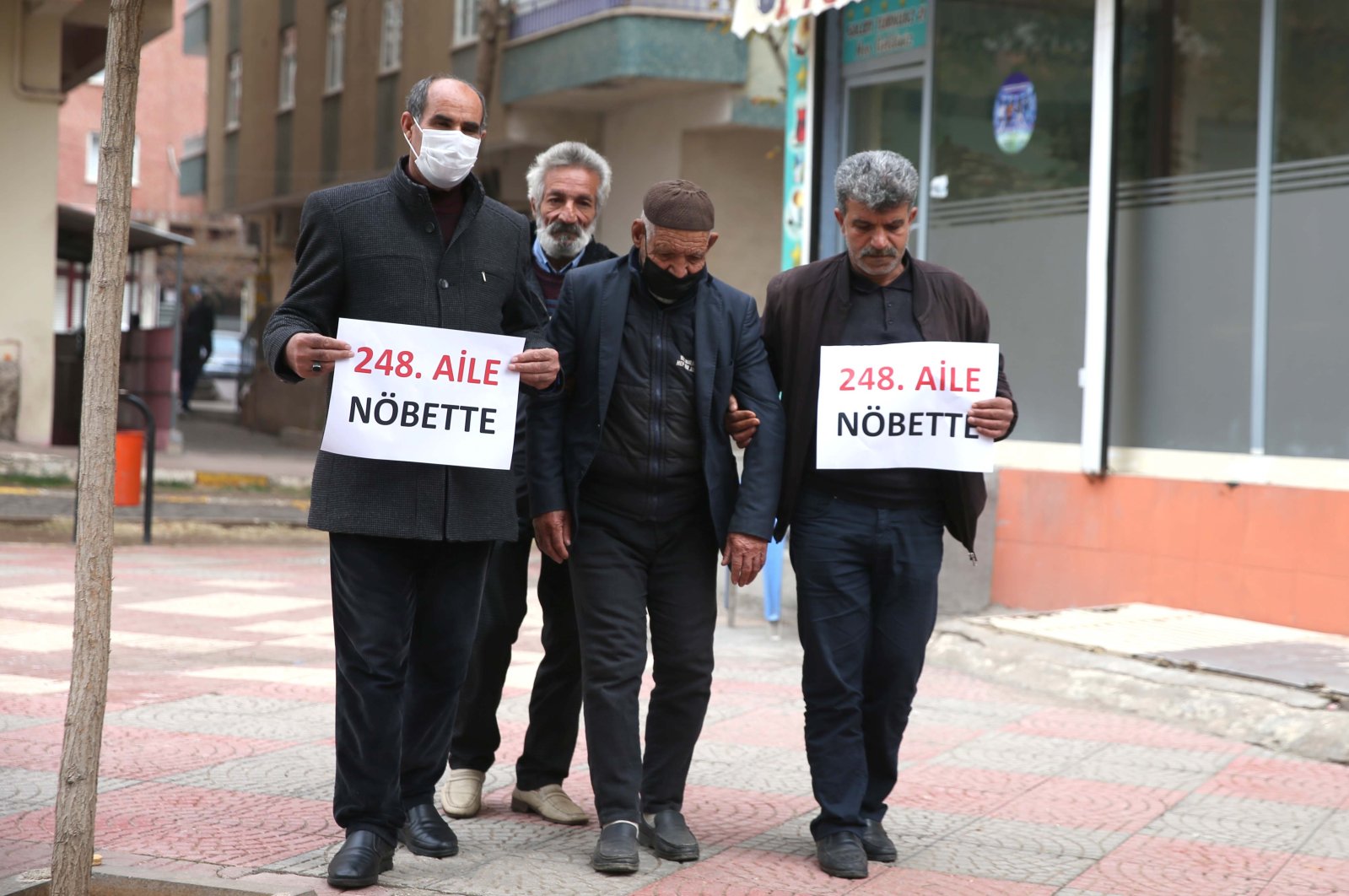 Father Abdurrahman Bozanlı (C) is accompanied by relatives to attend the protest in front of the HDP headquarters in Diyarbakır, Turkey, Dec. 9, 2021. (AA Photo)
by DAILY SABAH WITH AA Dec 09, 2021 3:52 pm
RECOMMENDED

One more parent joined the demonstration of families protesting their children's abduction by terrorists in front of the pro-PKK Peoples' Democratic Party (HDP) in Turkey's Diyarbakır province on Thursday.

Abdurrahman Bozanlı, an 80-year-old father, joined the protest for his daughter Helin, who was taken away by the terrorist group in 2013 at the age of 12.

The frail old man, who has difficulty in walking and speaking, was accompanied by his son-in-law Ağıt Demir.

Demir told reporters that the family has not heard from Helin ever since she was abducted by the terrorist group.

"We have searched for her for years but could never find her. We are here for her and to support all these families," he said.

"Helin, wherever you are, just come back to us. Take refuge with our state," he added.

In Turkey, offenders linked to terrorist groups are eligible for possible sentence reductions under a repentance law if they surrender.

The protest started when Hacire Akar turned up at the doorstep of the HDP’s Diyarbakır office one night, demanding to be reunited with her son. Akar’s son Mehmet returned home on Aug. 24, 2019, giving hope to other families. A week later, on Sept. 3, 2019, families inspired by Akar staged a collective sit-in protest.

Since then, the number of families demanding the return of their children, who they say were deceived or kidnapped by the terrorist group, has been gradually growing.

A significant number of suspected terrorists have begun to flee the PKK and surrendered, but many terrorists lack the courage to leave the group out of fear of severe punishment if caught.