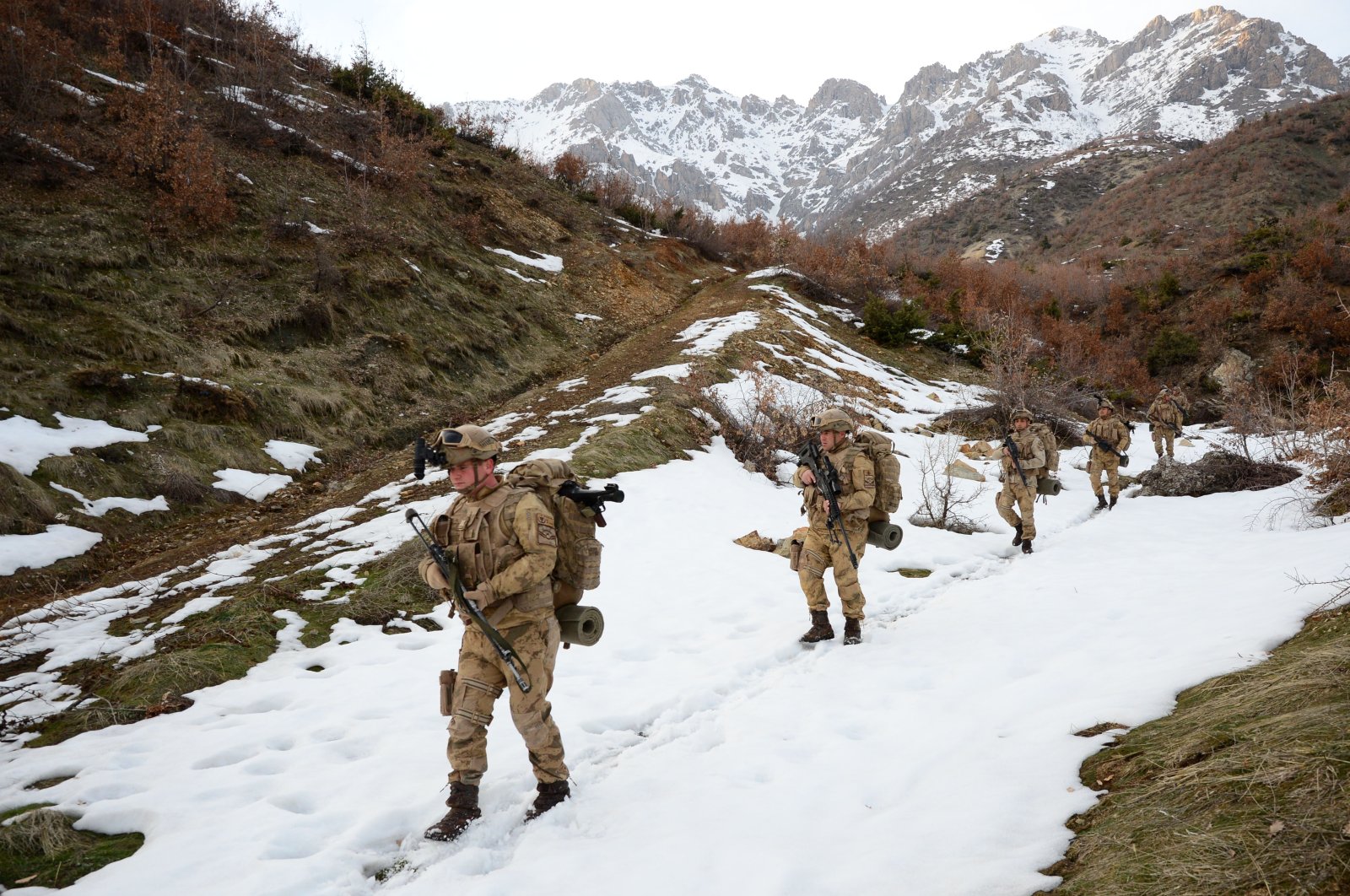 Turkish security forces regularly conduct counterterrorism operations in the eastern and southeastern provinces of Turkey where the PKK has attempted to establish a strong presence and bases. (AA Photo)
by Daily Sabah with DHA Mar 19, 2020 3:23 pm
RECOMMENDED

The PKK terror group is about to disappear, a senior terrorist figure who was recently captured by Turkish security forces confessed during his interrogation.

Şahabettin Toprak, code-named “Abdurrahman,” was caught in a joint operation of security forces and the National Intelligence Organization (MİT) in the eastern province of Van on March 9 when he was trying to cross the border between Turkey and Iran with his wife Meryem Dündar, code-named “Kurdistan.”

Toprak was one of the close aides of the terror group’s leading figure Murat Karayılan, who is in the red category of the country's most-wanted terrorists list.

The Interior Ministry's most-wanted list is divided into five color-coded categories, with red marking the most wanted, followed by blue, green, orange and gray, depending on the sensitivity of their criminal activity.

In his interrogation, Toprak said the terrorist group's downfall is near, and they cannot prevent it despite efforts.

Toprak said many terrorists in Iraq and Syria were executed after trying to escape. He also stated that those who could escape surrendered to security forces.

After joining the group in 1999, Toprak was appointed by Karayılan as the so-called mayor of Qandil in 2009.

The Qandil area has frequently been hit by the Turkish Armed Forces (TSK) in the last decades, yet a ground operation had not been launched in recent years.

Qandil became the PKK's main headquarters in the 1990s after it used the Bekaa Valley of Lebanon as training grounds for many years.

After deciding to get married, Toprak and Dündar escaped from the terror group’s camps in 2017. They were caught when trying to reach Europe, crossing through Turkey from Iran. Both were imprisoned by the court.

The TSK also carries out cross-border operations in northern Iraq, a region where PKK terrorists have hideouts and bases from which to carry out attacks in Turkey, with particular attention paid to targeting high-level terrorists.