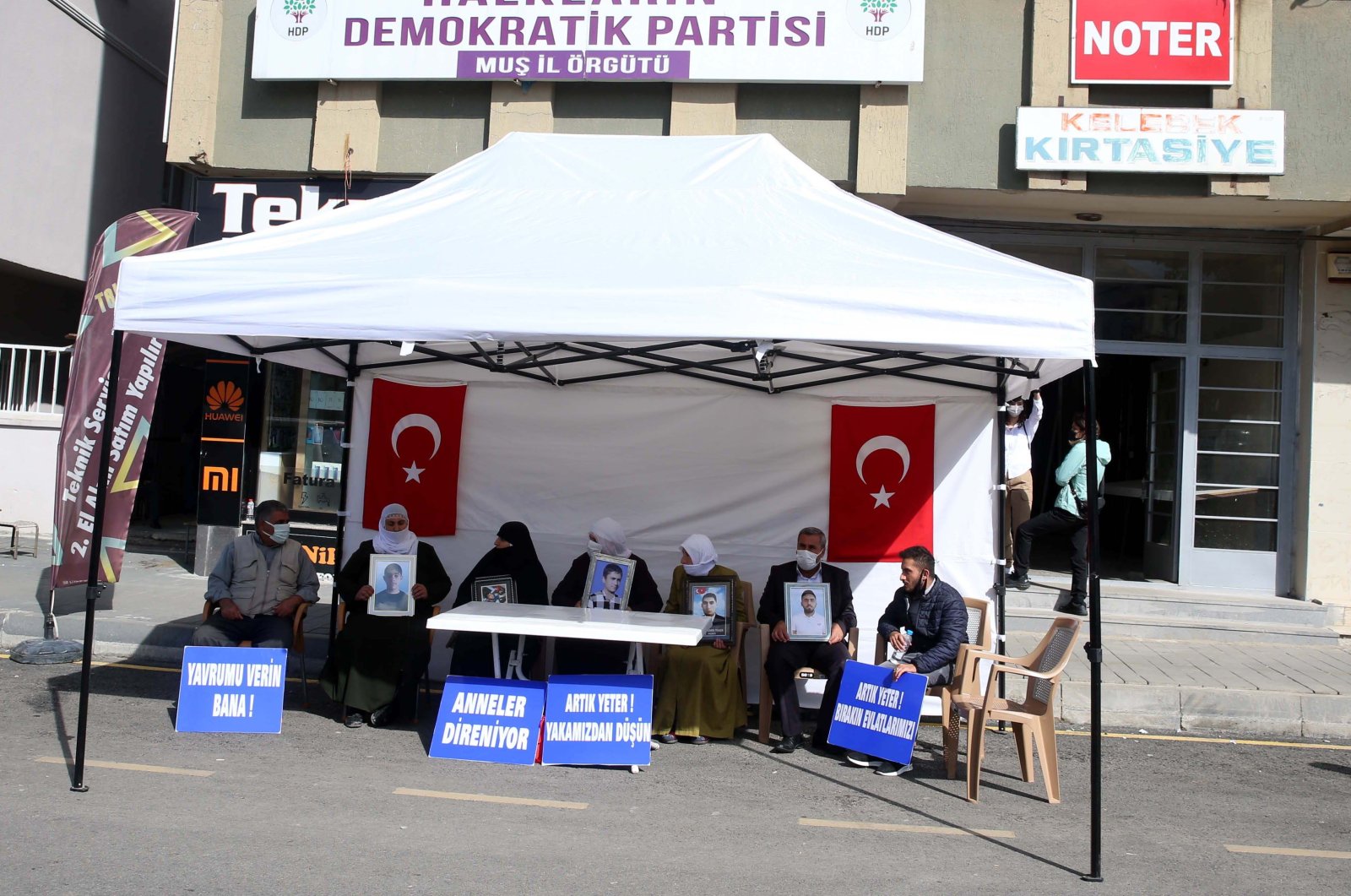 Following the influential protests against the PKK in eastern Diyarbakır province, families have also started to stage a similar demonstration in Muş, demanding the return of their children from the claws of the terrorist group.

The number of families protesting in Muş rose to 12 as they have been gathering once a week in front of the pro-PKK Peoples’ Democratic Party’s (HDP) provincial building since April 4.

The families, while protesting the PKK, called on their children to surrender to security forces.

Families in Diyarbakır province have been protesting since Sept. 3, 2019, encouraging their children who were abducted or forcibly recruited by the terrorist group to lay down their weapons and surrender to Turkish authorities.

Naciye Sönmez Yıldız told Anadolu Agency (AA) that her son Osman was deceived into joining the ranks of the terrorist group six years ago in Bitlis province’s Tatvan while he was studying there.

Noting that her son was deceived at the age of 15, Yıldız said: “I know that the group has taken him but I do not know where he is now. We cannot contact him. I have been missing him for six years. Every child that has gone should come back. Turkey and our state are giving the necessary support.”

Mustafa Gören, who is protesting for his brother who went missing in Çorlu province in 2013, stated that he decided to join the sit-in after seeing the protests on TV.

Gören, who came from Malazgirt province, explained that his mother is old and that the incident caused grief in the family.

“Menderes please come for your mother. If you hear our voice, do not wait. Get rid of this group and its trouble. We cannot bear it anymore, we do not sleep, we do not eat or drink,” pleaded Gören.

Another mother, Pınar Arslan, has also not had contact with her son, who was abducted six years ago at the age of 12.

She said she sent her son to school one morning and has not seen him since. Arslan called on her son to not be afraid and surrender.

The HDP, long facing public scrutiny and judicial probes over its ties to the PKK, is under pressure from the growing civilian movement. Various groups from around Turkey have supported the Kurdish mothers in their cause, with many paying visits to the protests showing their solidarity.