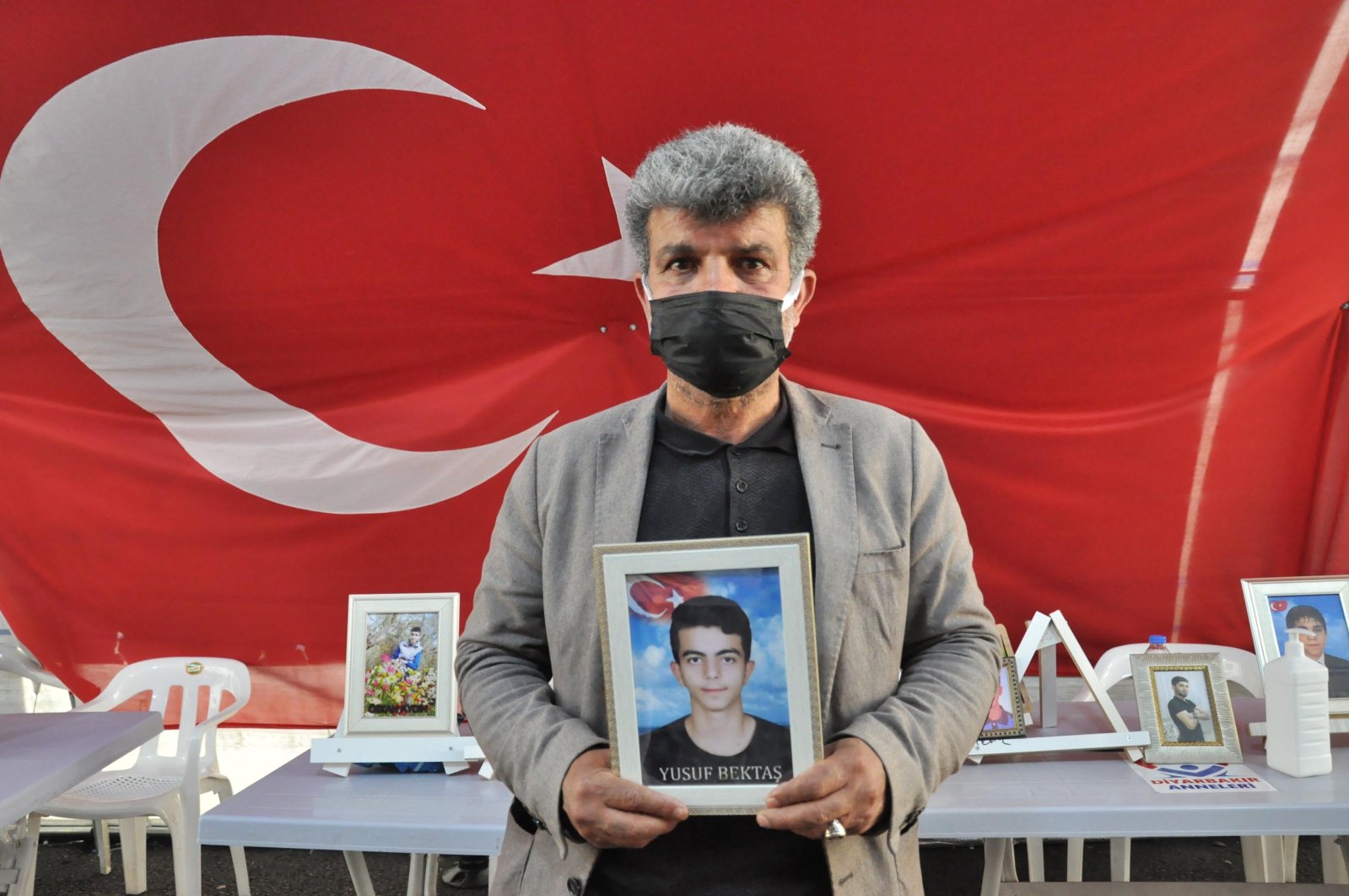 A father staging a sit-in protest against the PKK terrorist group in Turkey's southeastern Diyarbakır province said that he will not leave until he takes back his abducted son.

While the sit-in protest in front of the pro-PKK Peoples' Democratic Party's (HDP) Diyarbakır office has been ongoing for 574 days with the participation of 219 families demanding their children back from the terrorist group, Celil Bekdaş said that they are doing the right thing and if they can take back what they deserve, they will return to their homes.

Bekdaş's son Yusuf was abducted by the PKK when he was 16.

"I appeal to the people of Diyarbakır, take care of your children. Do not send them to camps and rallies. Take care and have ownership of your children. It's easy to fool children. Come back, my son, this is enough. Your mother is sick, I am devastated. I am also appealing to the HDP from here, now find a solution for our children. The HDP can have our children released if they want to. This is enough now, how far will this go? Nobody will leave here without their children. We are on the right path and the address is clear. They should give our children back, which is our right, and everyone will go home," he said.

The HDP, long-facing public reactions and judicial probes over its ties to the PKK, is under pressure from this growing civilian protest movement. Various groups from around Turkey have supported the Kurdish mothers in their cause, with many paying visits to show their support.

The protest started in August 2019 when Hacire Akar turned up at the doorstep of the HDP’s Diyarbakır office one night after her son was abducted by the PKK. Akar’s son Mehmet returned home on Aug. 24, giving hope to the other families. On Sept. 3, 2019, families inspired by Akar transformed her solo stance into a collective sit-in protest. Since then, 24 families have been reunited with their children.

The PKK is recognized as a terrorist organization by Turkey, the United States and the European Union, and has been responsible for the deaths of 40,000 people since it was formed.