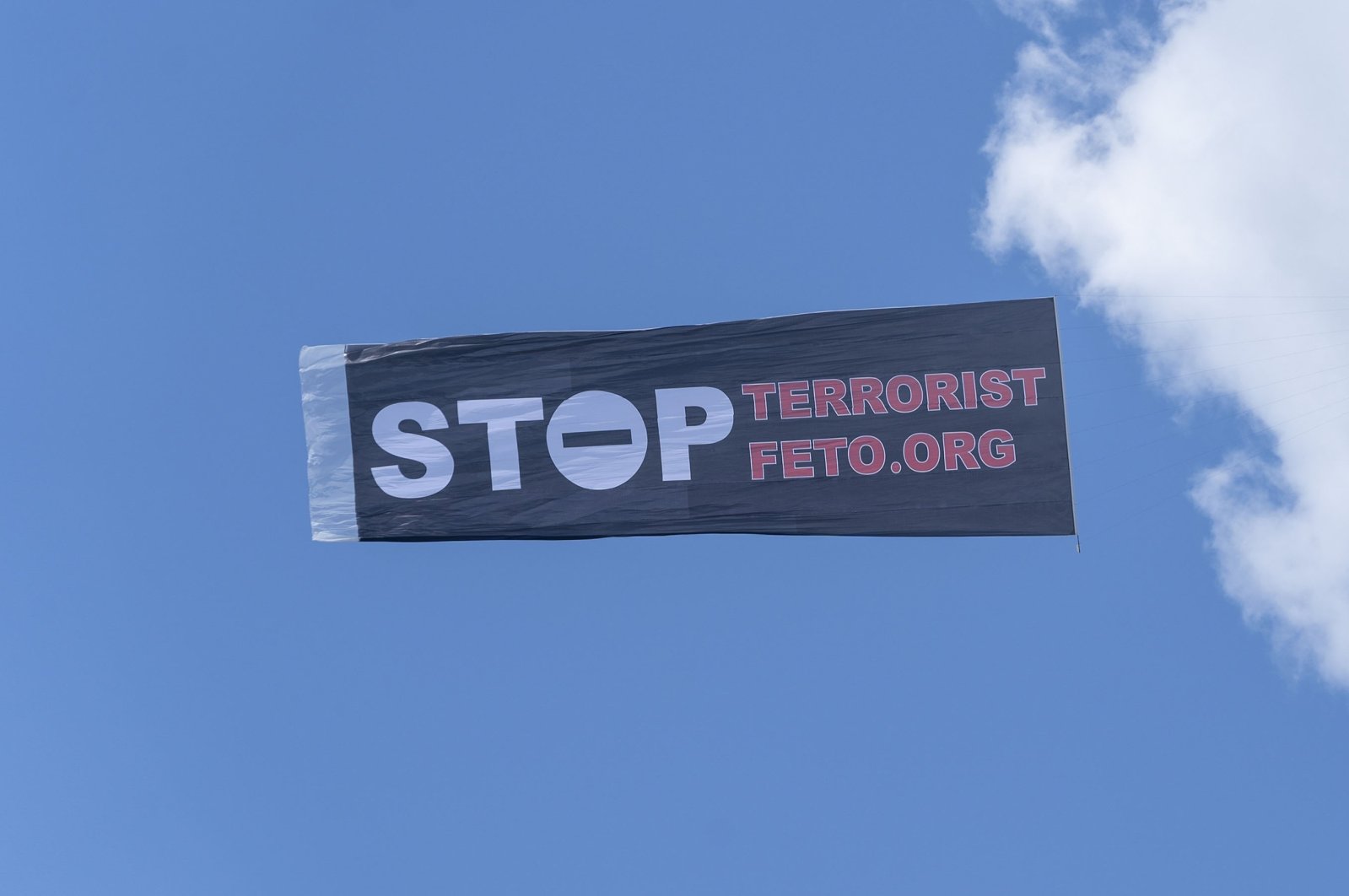 The Turkish community in New York City flies a banner against the Gülenist Terror Group (FETÖ) on July 15, 2020, the anniversary of the failed coup in Turkey. (Getty Images)
by DAILY SABAH Jun 24, 2021 4:35 pm

A group that includes members of the Gülenist Terror Group (FETÖ) has formed a platform called the ‘Turkish Democracy Project’ to engage in anti-Turkey propaganda.

FETÖ members are known to frequently create NGOs that they can use to disseminate anti-Turkey rhetoric.

Furthermore, Aykan Erdemir and Süleyman Özeren, FETÖ members who have outstanding arrest warrants for being part of the 2016 failed coup attempt in Turkey, are also part of the project.