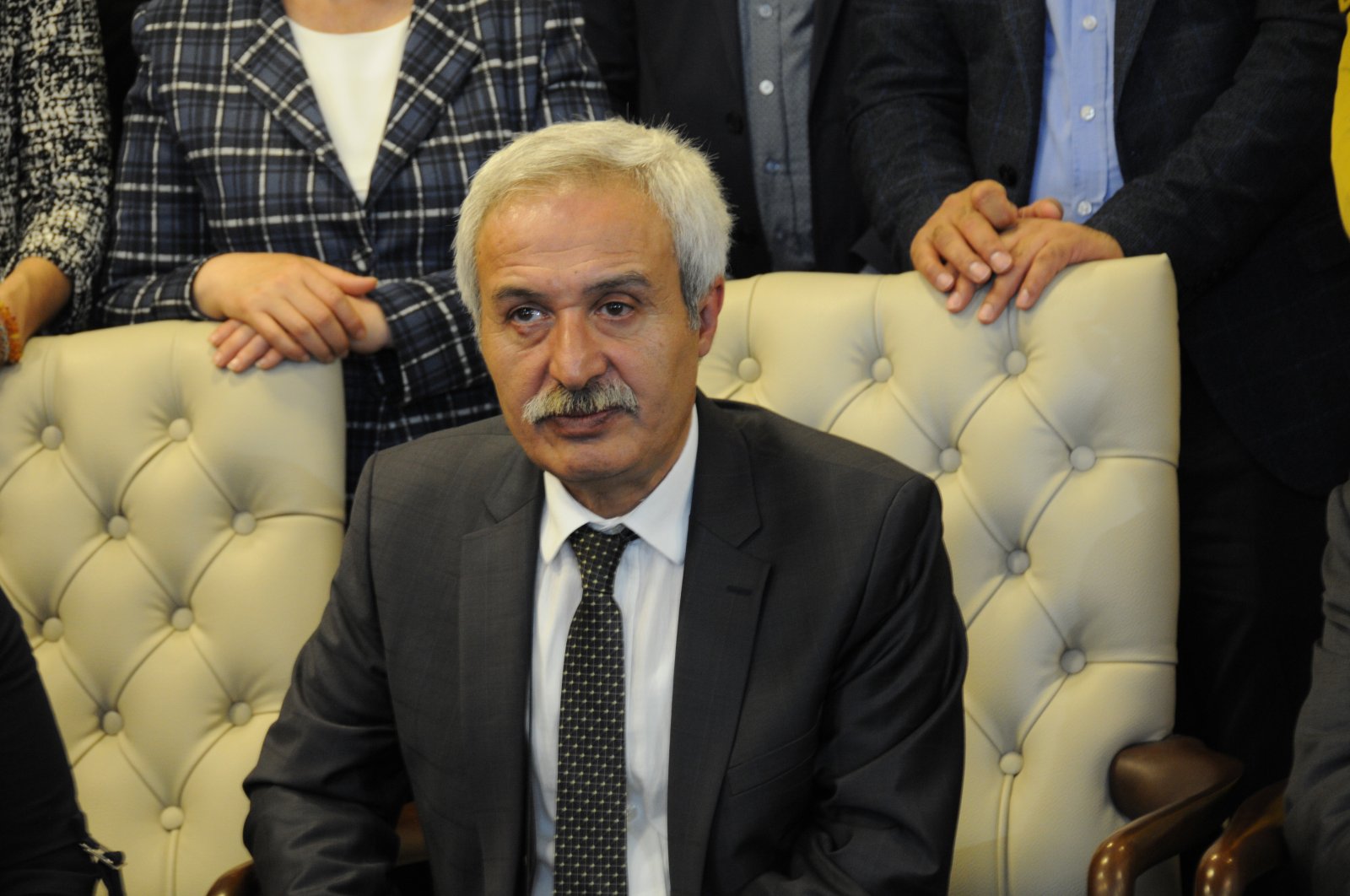 Former Diyarbakır Mayor Adnan Selçuk Mızraklı of the Peoples' Democratic Party (HDP), has been sentenced for participating in illegal activities by the Kurdistan Communities Union (KCK), an umbrella body of the PKK terrorist group, according to a court decision.

Dismissed from his mayoral duties on Aug. 19 due to an ongoing terrorism investigation launched by the Interior Ministry, Mızraklı was imprisoned on Oct. 22. During his trial on March 3, Mızraklı was sentenced to nine years, four months and 15 days in prison for “membership to an armed terror group."

Prosecutors said he had attended the funerals of PKK militants, as well as meetings that were used as propaganda for the group.

According to a recent court decision, Mızraklı performed surgery on an injured PKK terrorist in a private hospital where he worked before being elected as mayor. The surgical operation was carried out without a record of the patient having been lodged in the system.

It was also revealed that Mızraklı carried out frequent meetings with senior PKK figures and illegal activities within the KCK structure, being a delegate in the organization’s so-called Turkey Assembly. Mızraklı was also a member of the health committee formed within the group's structure.

KCK serves as an umbrella body of the PKK terrorist group and its Syrian and Iranian offshoots, the PYD and PJAK, in addition to various armed, youth and women's organizations.

Mızraklı was sentenced for membership to a terrorist group and spreading terrorist propaganda. The sentence was upheld by the Diyarbakır ninth Heavy Penal Court on the conviction of "being a member of an armed terrorist organization.”

One of the witnesses included a suspected terrorist with the code name "Bermal,” also known by the initials H.B.A., who had surrendered to security forces in the southeastern province of Mardin. Statements from H.B.A. were included in the testimony. According to his statement, Mızraklı had visited the Democratic Society Congress (DTK), the PKK's legislative body.

“Mızraklı brought a terrorist named 'Hogır' to a private hospital in Diyarbakır late at night. Mızraklı ensured that the terrorist would be discharged and released without being delivered to security forces,” H.B.A. said. “Apart from this surgery, I often heard that patients and injured members of the organization were secretly brought to the hospital at night, all controlled by Mızraklı,” he added.

According to H.B.A., Mızraklı went to Iraq and Europe to meet with high-ranking PKK figures to discuss their support of his parliamentary and mayoral candidacy.

H.B.A. claimed that some of those trips were disguised as "medical congresses" and "symposiums" but were actually meetings with senior figures in the terror organization.

The government has repeatedly claimed that the HDP has links to the PKK, which has fought a bloody insurgency against the Turkish state since 1984 and is listed as a terror group by Ankara and its Western allies, including the U.S. and the European Union.