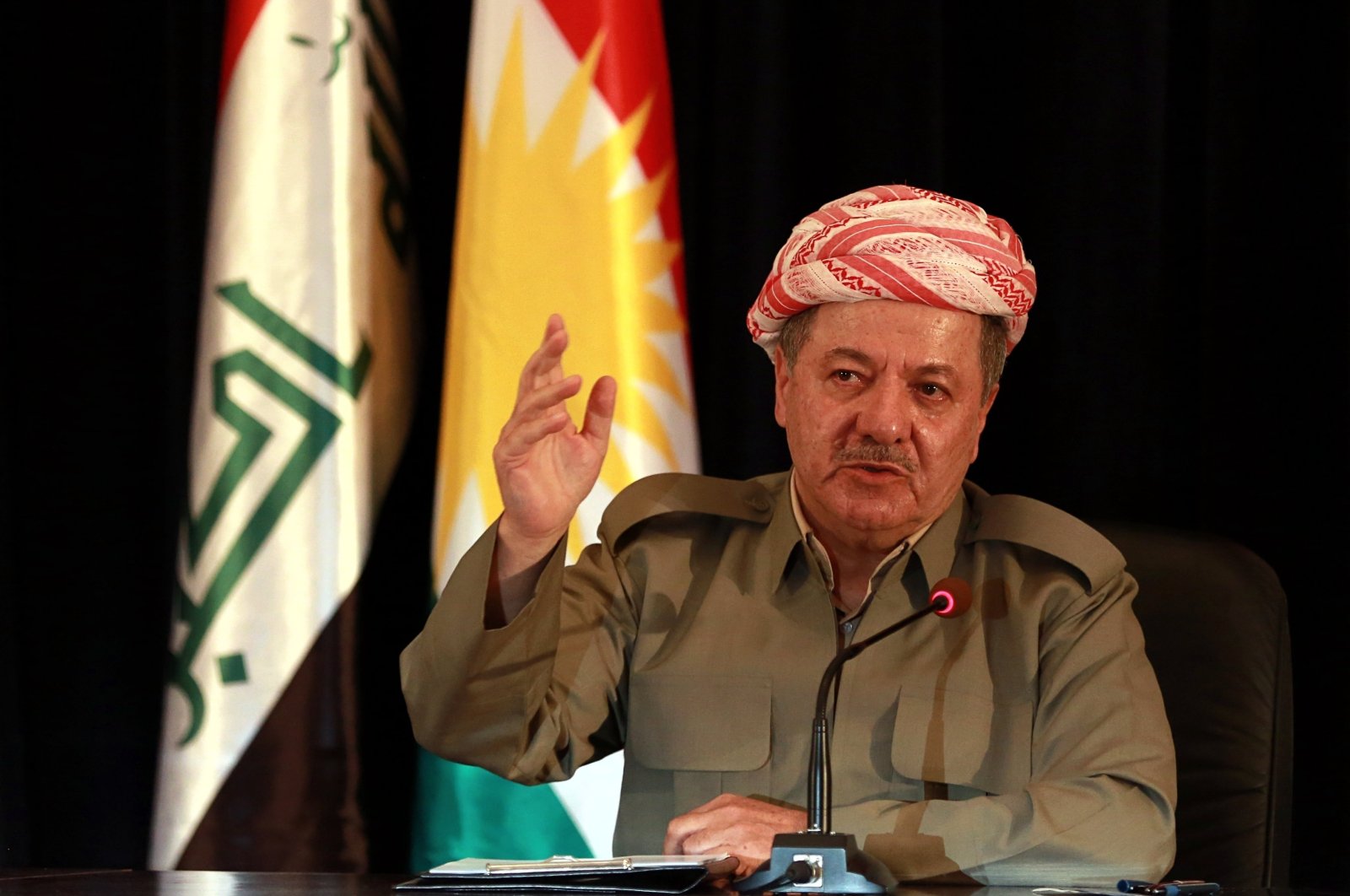 Masoud Barzani, former president of the Iraqi Kurdistan Regional Government (KRG) and chairman of the Kurdistan Democratic Party (KDP), has harshly criticized the PKK terrorist group, labeling it a “headache” while condemning the group's confiscation of properties and extortion of locals, to the ruin of hundreds of villages across Iraq.

Barzani was responding to a pro-PKK Europe-based media outlet, which criticized KRG President Nechirvan Barzani for visiting Turkey on Sept. 6 and “being at the service of Ankara.”

“Slavery has ended in the world but continues within the PKK,” a statement by the press office of the KDP said, adding that all Kurdish parties were aware of the danger posed by the PKK, while Kurdish families still cannot comprehend why the PKK kills Kurdish youth.

Noting that the PKK's threats against the KDP were not new, the statement said the PKK should question itself as it had become a “headache” for the Kurds.

“You strive to obstruct efforts to open new dimensions in Kurdistan,” the KDP statement read, adding that the PKK was trying to find excuses for its “military, diplomatic and political defeat.”

“Conscience has migrated from the PKK leadership,” the statement said, adding that the PKK was an immoral force in light of its having confiscated the properties of the locals and destroyed hundreds of villages.

The KDP also criticized the PKK’s refusal to lay down its arms:

“You say you will not lay down your arms, but could you tell me why and who are you fighting against in a liberated area?”

He is the nephew of KDP chair Masoud Barzani, who stepped down after 12 years as regional president in November 2017.

Marking the anniversary of the Yazidi genocide in August, Barzani criticized the PKK, saying that the KRG was “aware that the wounds of our Yazidi sisters and brothers have not healed, as thousands of displaced Yazidis are still living in IDP (internally displaced persons) and refugee camps.”

He added that neither Sinjar nor other areas had not seen reconstruction and that they “still lack the stable ground necessary for the return of life and stability,” pointing out that Sinjar had become a safe haven for “unlawful gunmen who are pursuing their political agendas through the exploitation of the Yazidis’ deep wounds and calamities,” in reference to the PKK.

However, despite their current dispute, the KRG sent medical equipment to the PKK during the coronavirus outbreak back in April.

Relations between the YPG/PKK and KRG administration have not been favorable as the KRG had enforced a unilateral economic blockade against the YPG-led administration.

The PKK is recognized as a terrorist organization by Turkey, the United States and the European Union and has waged a terror campaign against Turkey for more than 30 years, resulting in the deaths of nearly 40,000 people, including women and children.