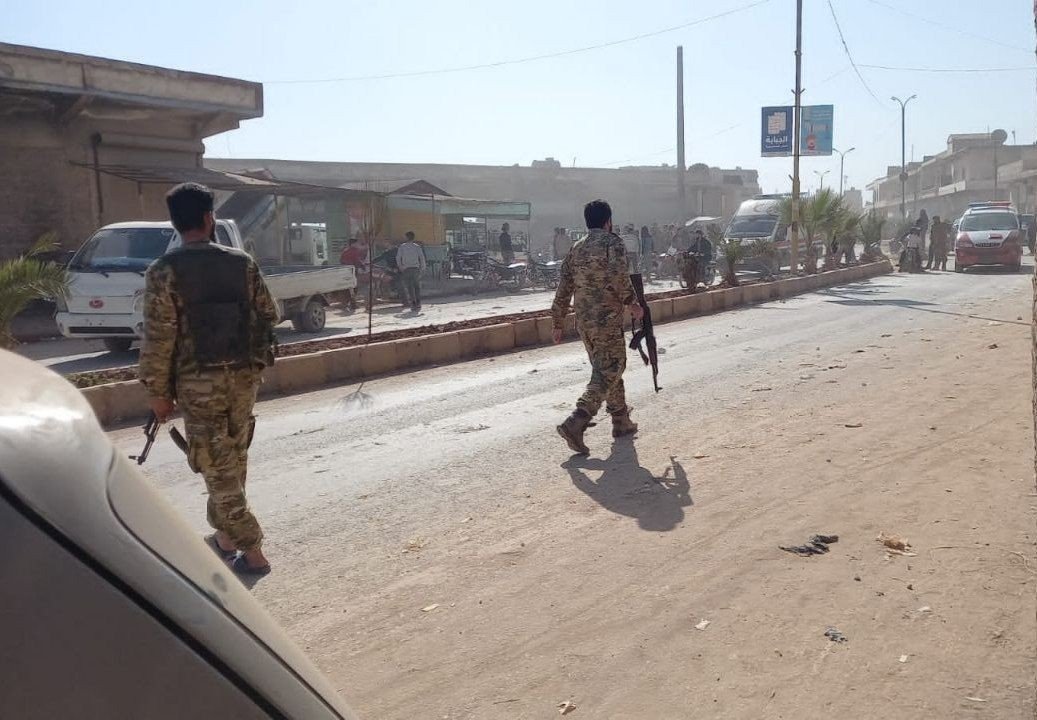 The YPG, the Syrian offshoot of the PKK terrorist organization, has increased the frequency of its attacks targeting the northwestern town of Jarablus, aiming to displace civilians living in the area. Especially after Turkey’s Operation Euphrates Shield, which liberated the area from Daesh rule, Jarablus has been targetted in many YPG attacks.

Residential areas, a village school and a bakery in Jarablus, where around 5,000 civilians live, were damaged in the artillery and mortar attacks of the YPG perpetrated from Manbij.

The locals, who are living in fear, want YPG attacks to end as soon as possible.

“Our village is regularly being attacked by the terrorist organization YPG,” Muhammed Cuma, a resident of Tokar village, told Anadolu Agency (AA).

Cuma said that some residents left their homes as a result of the attacks. “The health center in the village has closed. Also, we cannot send our children to school due to fear,” he noted.

Cuma added that the locals in the village earn their living through agriculture and animal husbandry, but many animals have been killed by mortar fire in the attacks.

Locals in northern Syria live in fear, want YPG attacks to end as soon as possiblehttps://t.co/HMhVZUruMy

Northern Syria's districts under Turkish control are regularly targeted by the YPG, which seized control of large swathes of land in the northern parts of the war-torn country with the Assad regime's blessing when clashes intensified in 2012.