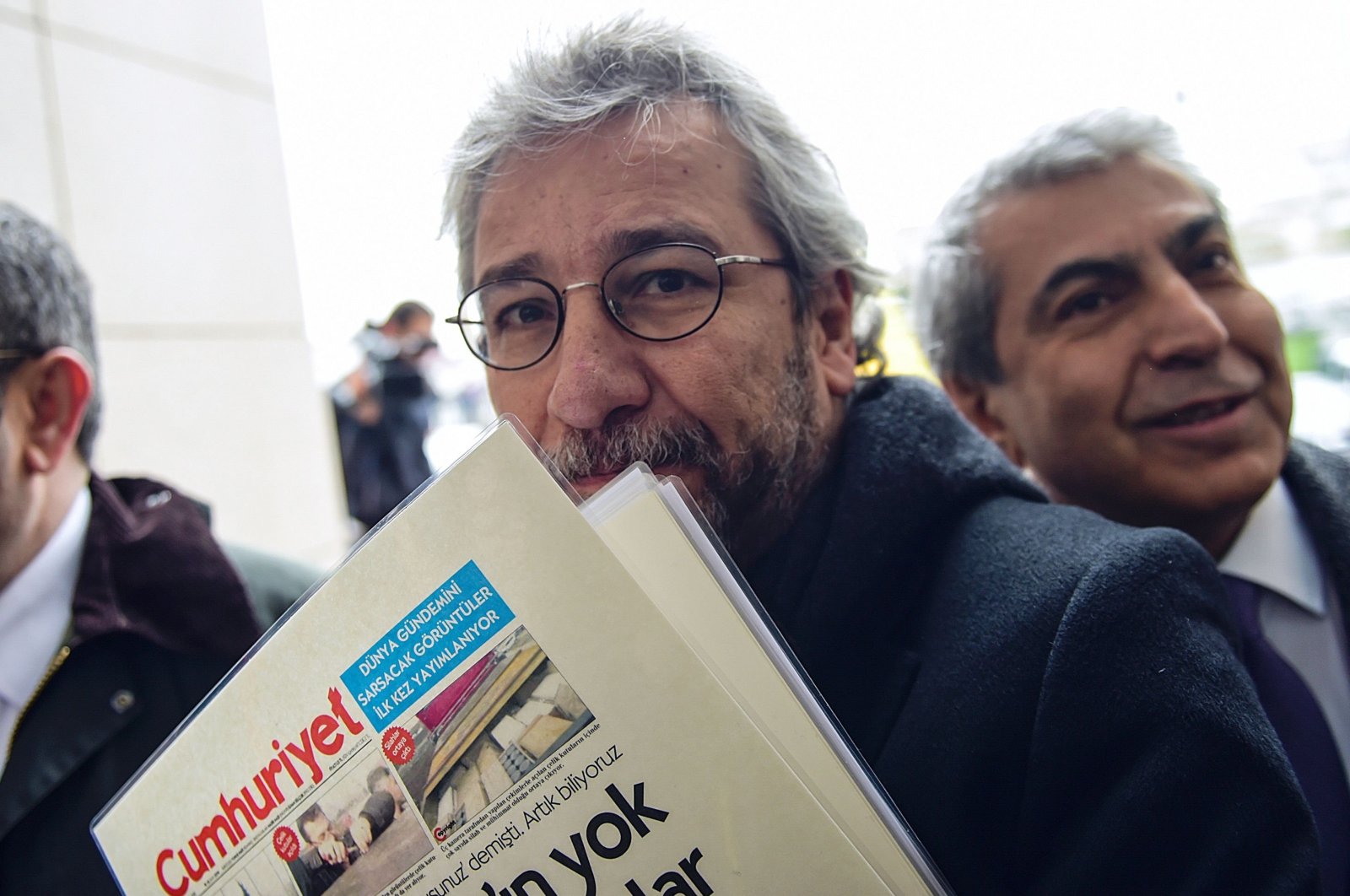 Fugitive journalist Can Dündar, former editor-in-chief of the Cumhuriyet newspaper, was sentenced in absentia by an Istanbul court to 27 years and six months in prison Wednesday in the notorious “MIT trucks” case.

The prosecutor had asked for prison terms of up to 35 years for Dündar after the Court of Cassation ordered a retrial of the journalist who was sentenced to five years in a previous trial. The defendant was heading Cumhuriyet when the newspaper published photos of what it claimed were contents of trucks belonging to National Intelligence Directorate (MIT) in 2015.

In January 2014, trucks belonging to MIT carrying aid to northern Syria – where Turkmens had been exposed to heavy airstrikes and attacks by the Bashar Assad regime – were intercepted by security forces on orders of former Adana Public Prosecutor Özcan Şişman and Brig. Gen. Hamza Celepoğlu. The supplies in the trucks were seized, and MIT agents were handcuffed before being detained.

The case stunned the nation, as it was the first time that the military explicitly intervened in the affairs of the intelligence agency. The operation was conducted hurriedly, and the governor of the province was informed about the incident in its last phase. It was later revealed that the raid was a plot by FETÖ to embarrass and discredit the government, via FETÖ's followers who had infiltrated the military and judiciary.

Last year, a court ruled that the incident was a plot planned and executed by FETÖ “to harm the state.” The prosecutor in his indictment said that Dündar “served purposes” of FETÖ against the government, state and MIT.

Dündar, along with Erdem Gül, Cumhuriyet’s former bureau chief in the capital Ankara, was arrested and sentenced to five years in prison in 2016 by an Istanbul court. They were acquitted of charges of attempting to overthrow the government and were ordered to be tried separately for aiding FETÖ. In the meantime, prosecutors also filed charges against Enis Berberoğlu, a former journalist and a lawmaker for the opposition Republican People’s Party (CHP). Berberoğlu was sentenced to five years as well.

A complicated legal process with appeals and separate trials ensued, while authorities issued an arrest warrant for Dündar in 2018 after he failed to show up at hearings. Gül, who later went on to be elected a mayor, was acquitted while Dündar’s trial continued. Previously, President Recep Tayyip Erdoğan had referred to Dündar as a "convict and a spy."

FETÖ, led by Fetullah Gülen who currently resides in Saylorsburg, Pennsylvania, United States, orchestrated the 2016 coup attempt in Turkey through its military infiltrators. It has faced heightened scrutiny since then. Thousands of people linked to the group were detained or arrested following the coup attempt.