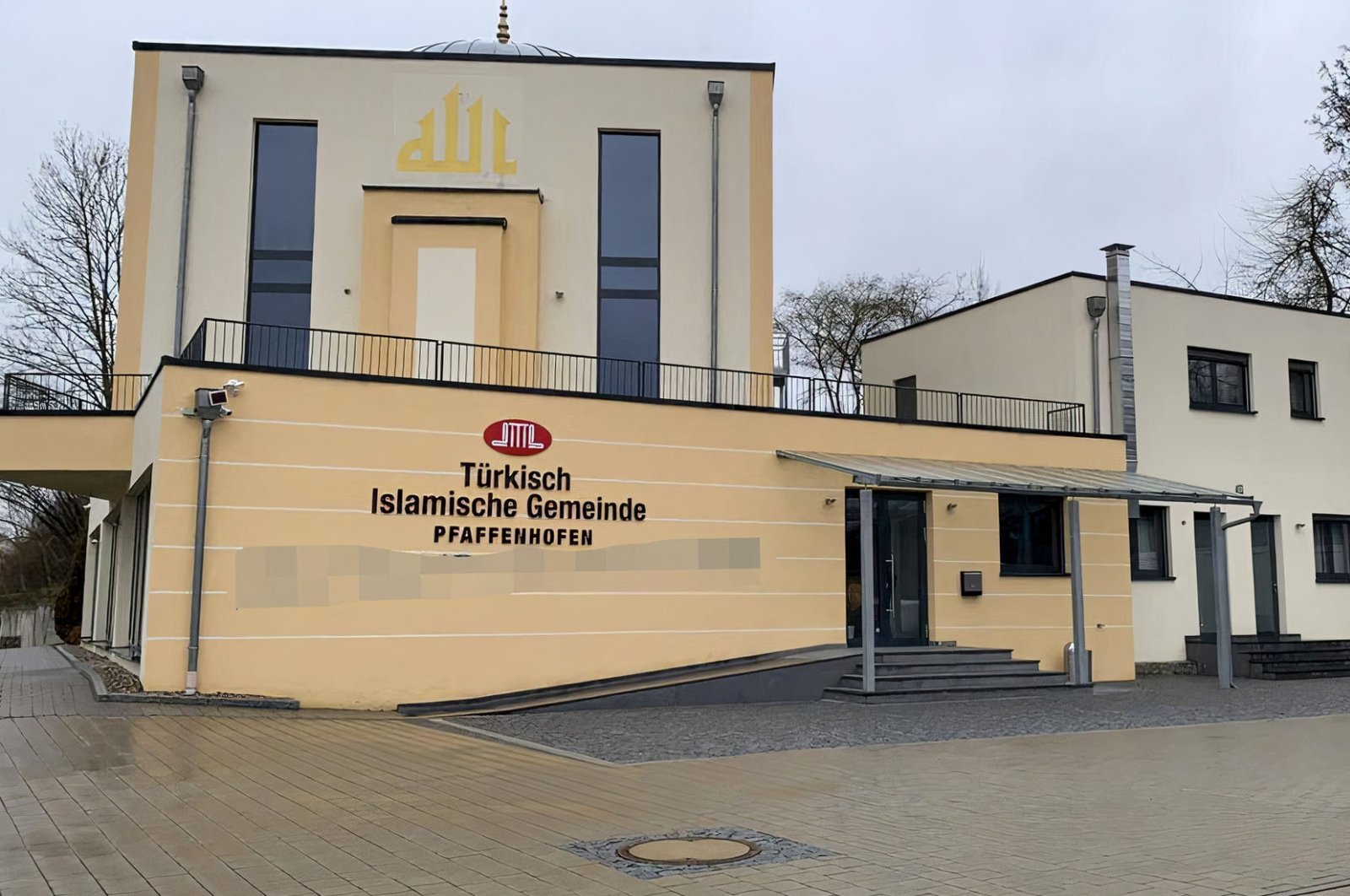 A threat message was written on the walls of a mosque in Germany's Bavaria state's Pfaffenhofen district, March 4, 2020 (AA Photo)
by DAILY SABAH Dec 23, 2020 3:13 pm
RECOMMENDED

A German court has indicted a suspect, identified as Muharrem D., for his alleged involvement in attacks on people of Turkish descent, as well as their businesses. He was charged with attempted murder and arson in the German state of Bavaria, the federal office of the chief prosecutor said.

Earlier this spring, there were a series of attacks on German-Turkish businesses in Bavaria's Waldkraiburg, all within a matter of a few days.

This week, the federal office of the chief prosecutor said an indictment was filed and the suspect was accused of attempted murder of 31 people, injuring four of them, as well as arson, preparing an attack against the state and violating gun and explosives law.

The indictment stated that the suspect planned to kill religious officials by carrying out attacks on mosques run by the Turkish-Islamic Union for Religious Affairs (DITIB) in Waldkraiburg and surrounding areas in May 2020. It also included details of his plans to attack the Turkish consulate in Munich and the central mosque of the DITIB headquarters in Cologne.

It added that the suspect set fire to a coiffeur belonging to Turks in Waldkraiburg on April 5. He conducted a similar attack on a pizza restaurant on April 7 and again set fire to a greengrocer on April 27. The indictment highlighted that 26 people escaped death in the latest attack by noticing the smoke and that four people were poisoned by the smoke.

Muharrem D. was arrested on May 8. Investigators recovered a loaded pistol and "significant amounts" of bombmaking equipment from his house. The suspect was brought before a judge on June 15 and was detained.

Investigators had previously said German citizen Muharrem "underwent a radicalization process from 2017 onward" and then adopted Daesh ideology and became a member of the terrorist group.

Turkey's operations in northern Syria were the terrorist's pretext for an "enduring hatred of the Turkish state and people of Turkish origin," prosecutors said, adding that he aimed "to bring about a spiral of violence and retaliation" with his attacks.