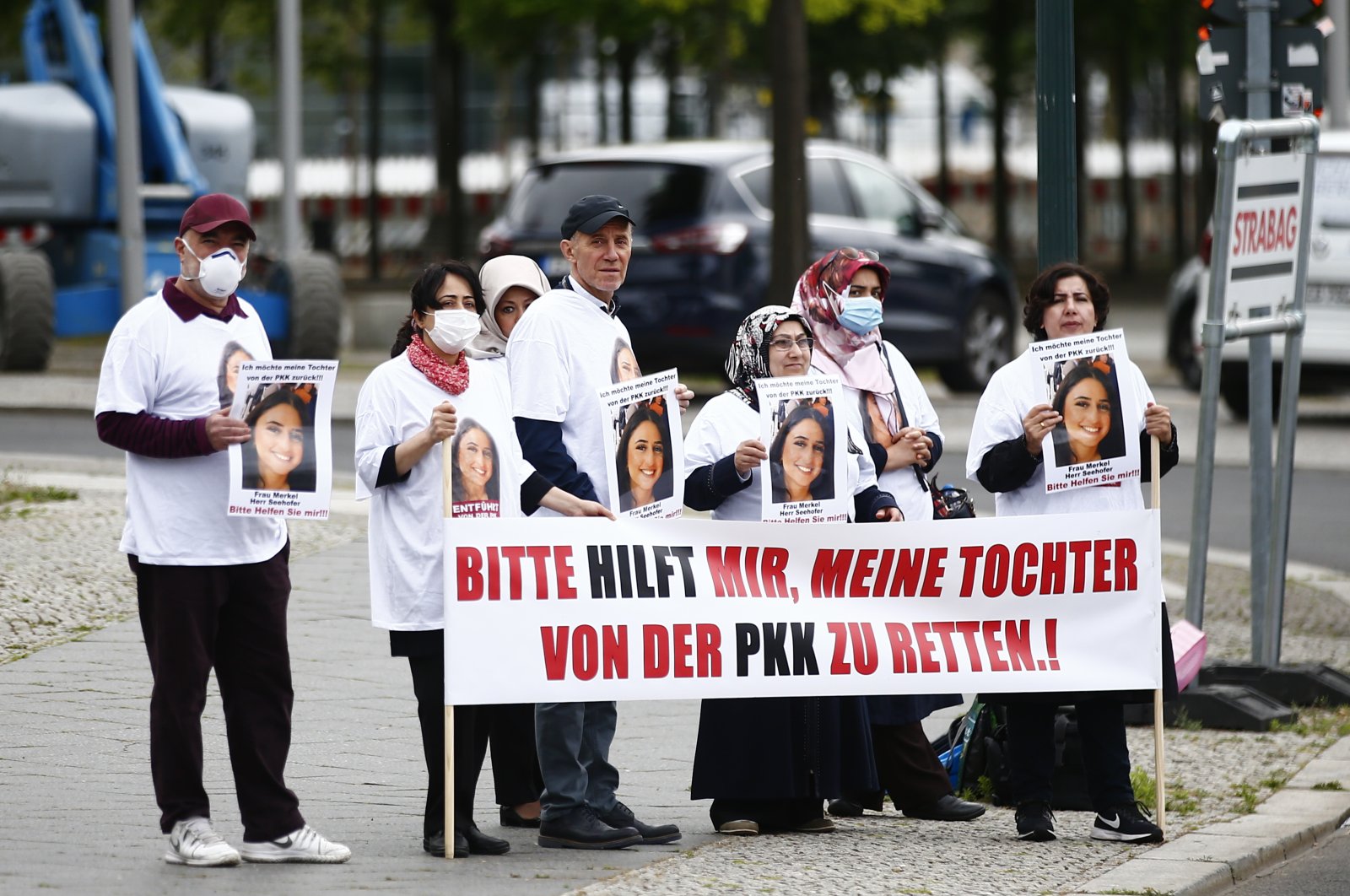 Maide T. (first one on the right), alongside with her supporters who wore T-shirts with a picture of her daughter Nilufer T. with the words "kidnapped by PKK" stage a protest outside the German Chancellery, Berlin, June 10, 2020. (AA)
by DAILY SABAH WITH AA Jun 10, 2020 2:51 pm
RECOMMENDED

A German-Turkish mother on Wednesday continued her protest outside the German Chancellery to demand the return of her daughter who was forcibly recruited by PKK terrorists.

Maide T. was flanked by a group of supporters who wore T-shirts with a picture of her daughter Nilufer T. with the words "kidnapped by PKK."

The protesters held a banner saying: "Please, help me rescue my daughter from the PKK" at a time when ministers held a Cabinet meeting inside.

"I want them to reach out to me," she told reporters, saying she has been protesting for months but German authorities have not contacted her so far.

In late May, she called on Chancellor Angela Merkel to help her out.

"If they will come under pressure, they will release my daughter within 24 hours," she said, urging German authorities to take action against the group.