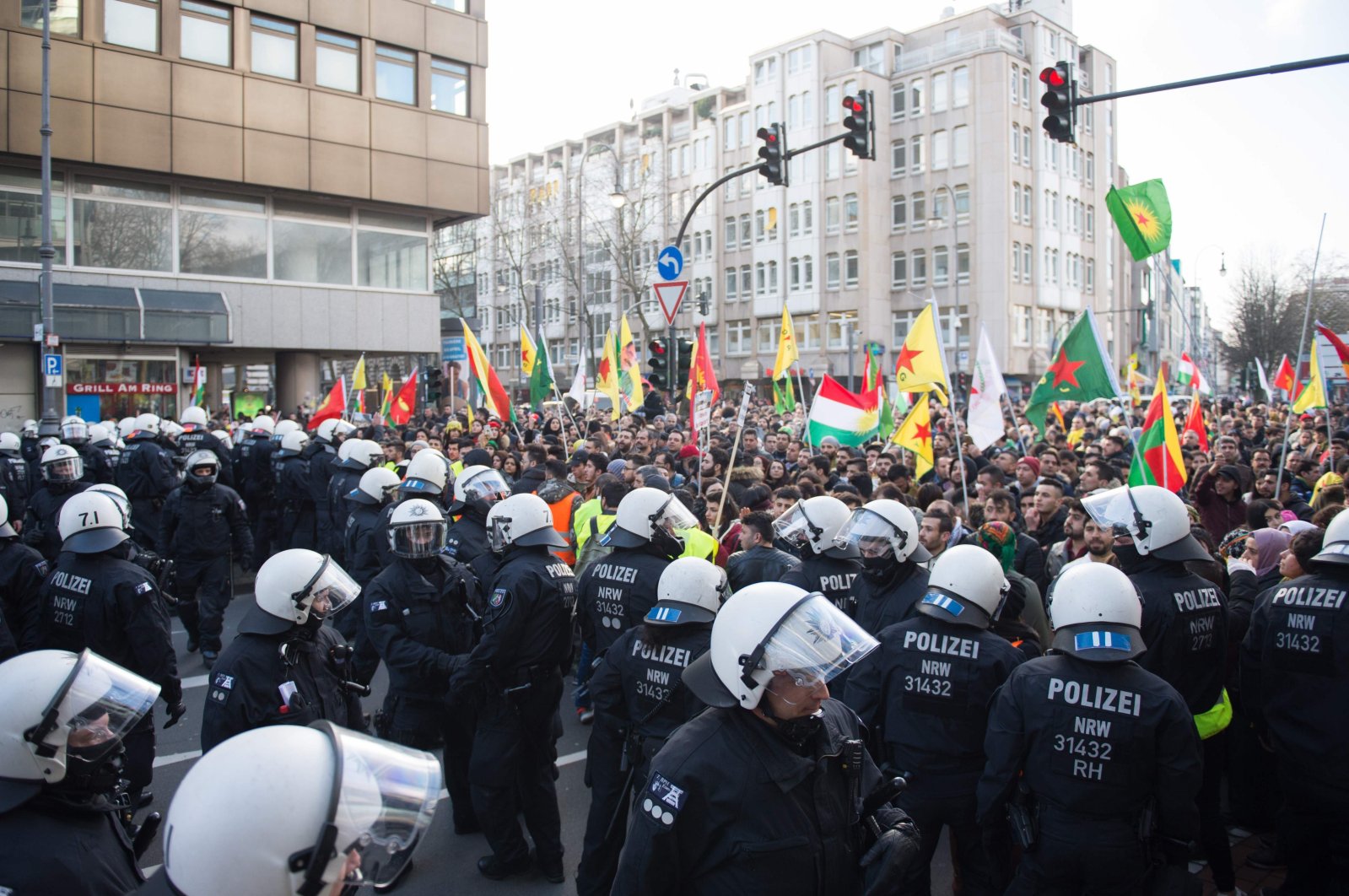 The number of cases against high-ranking PKK terrorists in Germany rises each year with a total of 721 investigations ongoing as of 2020. However, only a minority of these cases are being prosecuted to the full degree and resulting in the terrorists' conviction.

The federal government of Germany announced recently that between 2016 and 2020, 786 people have been sued for being a part of the PKK terrorist group as a result of 721 different investigations, Deutsche Welle Turkish reported Tuesday.

Responding to a parliamentary question from Die Linke (The Left) party, the government stated that from Jan. 1, 1988, to Aug. 31, 2020, 1,220 investigations have been launched against PKK members, bringing 1,519 people under investigation.

Two cases launched resulted in life sentence convictions, while in another case, the suspect was acquitted and two further cases were declared nonsuit. In 94 cases, however, suspects were convicted and sentenced to eight to 13 years imprisonment. When it comes to cases launched post-2016, it seems most are still ongoing with no result.

The senior PKK members are being judged according to Article 129b of the German Criminal Code, titled "Foreign criminal and terrorist organizations; confiscation," which applies to foreign organizations.

"If the offense relates to an organization outside the Member States of the European Union, this only applies if the offense was committed by way of an activity carried out within the territorial scope of this statute or if the offender or the victim is a German national or is in Germany," the article reads.

"When deciding whether to give authorization, the Federal Ministry is to take into account whether the organization’s activities are directed against the fundamental values of a state order which respects human dignity or against the peaceful coexistence of nations and which appear reprehensible when weighing all the circumstances of the case," it continues.

The article was added to the criminal law following the 9/11 attacks in New York to punish the extremist terrorist group members. Today, the code applies to the groups that are recognized as terrorists by Germany such as the PKK and the DHKP-C.

The federal supreme court in Germany ruled in 2010 that the PKK is also a foreign terrorist group to which Article 129b should be applied. The court decided that neither the PKK nor its affiliated terror groups have the right to self-defense in murder cases and members of the terrorist group cannot be categorized as fighters.

The PKK, which is classified as an "ethno-nationalist" and "separatist" terrorist organization by the EU's law enforcement agency Europol, has been banned in Germany since 1993.

Turkey has long urged German authorities to take more serious measures against the PKK's activities in the country.

The PKK has waged a terror campaign against Turkey for more than 35 years and has been responsible for the deaths of nearly 40,000 people, including women and children.

In July, an intelligence report stated that about 135 foreign fighters who joined the PKK terrorist group and took part in armed conflicts in Syria and Iraq have returned to Germany.

Germany's domestic intelligence agency, the Office for the Protection of the Constitution (BfV), warned in its annual report that the PKK remains the largest foreign extremist group in the country, and its followers carry out violent attacks on the instructions of group leaders abroad.

Since 2013, at least 270 foreign fighters from Germany traveled to northern Syria and Iraq where they received military training from the PKK terrorist group and took part in armed attacks in the region and in southeastern Turkey, according to the report.

"At least 23 died in battle zones. Nearly 135 returned to Germany in the meantime," the report said, without giving any further details as to whether the foreign fighters have returned.

According to the BfV, the PKK set up new cover organizations in Germany last year to continue its recruitment, propaganda and fundraising activities.

It had nearly 14,500 followers among the country's Kurdish immigrant population and raised an estimated 16 million euros ($18.1 million) in Germany in various campaigns last year, the report noted.

Despite its status as a designated international terrorist organization, the PKK has enjoyed relative freedom in European cities and has a particularly strong presence in Germany. PKK supporters have been allowed to hold rallies, recruit militants and collect funds in Germany, which is home to some 5 million people of Turkish origin, including Kurds.