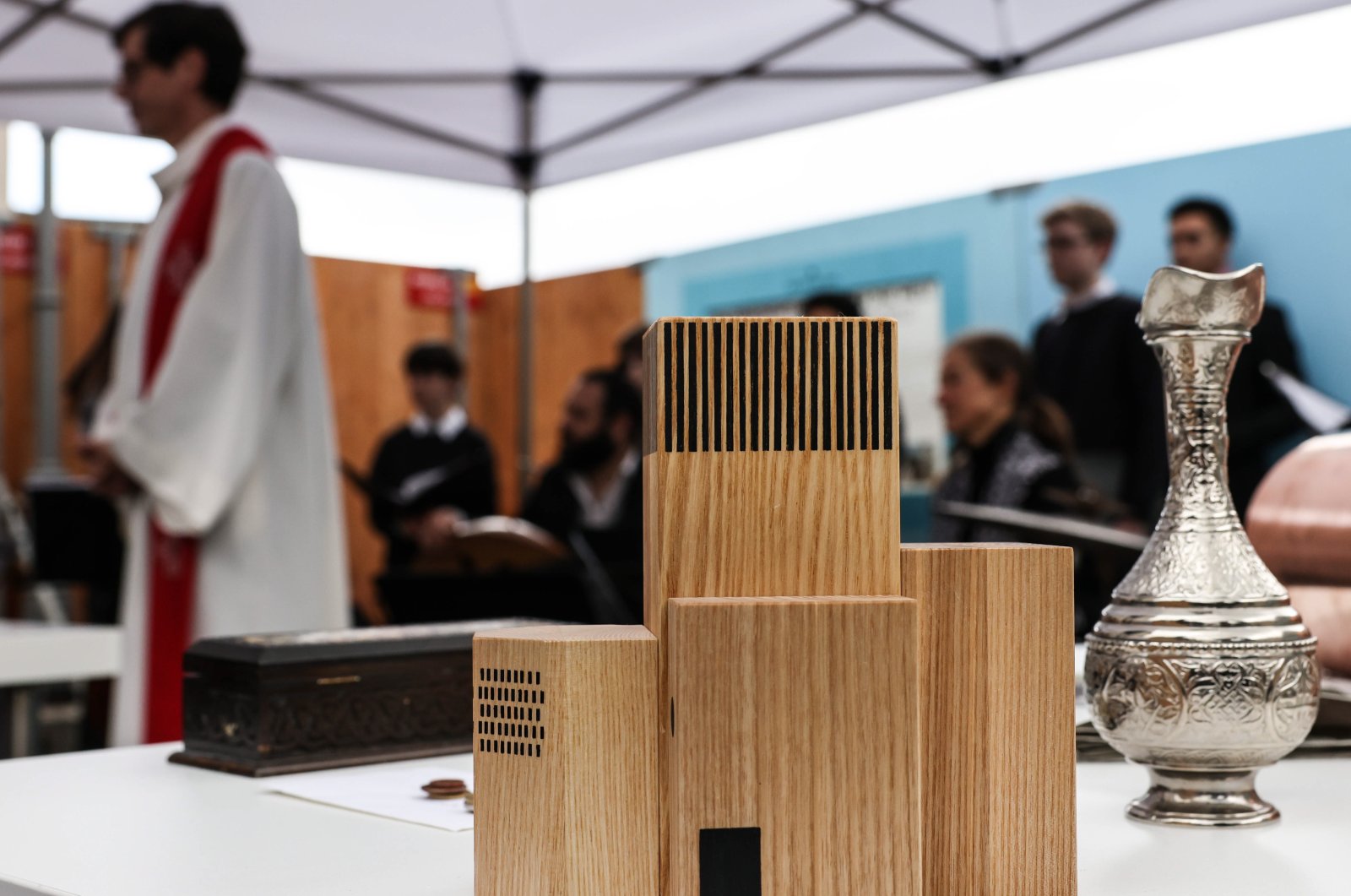 The “House of One” project in Berlin, the foundation of which was laid Thursday, involves the Gülenist Terror Group (FETÖ) despite Turkey’s objections as well as the Turkish and Muslim communities living in Germany, the Turkish Foreign Ministry stated on the same day.

“The project does not serve to bring the three religions together, but only to separate them and to legitimize and support a terrorist organization,” it said in a written statement.

The ministry further underlined that the house of worship (project) will have no value and meaning for the Turkish and Muslim communities living in Germany, “as long as the FETÖ terrorist organization, which damages and exploits Islam for the sake of its dark agenda, and by no means represents the Muslims in Germany in number, is involved.”

Turkey urged authorities to rectify the mistake “without delay.”

“The true representatives of Muslims will replace this terrorist organization of which the real intent is better understood by the German public due to its dubious and suspicious activities. Indeed, this is the main expectation of the Turkish and Muslim communities living in Germany,” it said.

A project that has been launched jointly by the state of Berlin and the German government, House of One plans to make a building where Christians, Jews and Muslims can all pray together. The structure will be a combination of a church, synagogue and mosque. The project has a budget of 20 million euros ($24 million) and is expected to be completed by 2024. However, many Muslims in Germany do not welcome the project since a FETÖ-linked group named "Forum Dialogue," rather than a legitimate Muslim group, is representing the Muslim community.

FETÖ is classified as a terrorist organization by Turkey. Its failed coup attempt in 2016 left 251 people martyred and nearly 2,200 injured.

The German government's tolerance toward the group and its reluctance to extradite key FETÖ suspects to Turkey including ex-generals, bureaucrats or prosecutors involved in plots against the democratically elected government has been a major source of tension between Berlin and Ankara in recent years.

Talking to Deutsche Welle (DW), Pastor Gregor Hohberg hailed the project as a "place of peace."