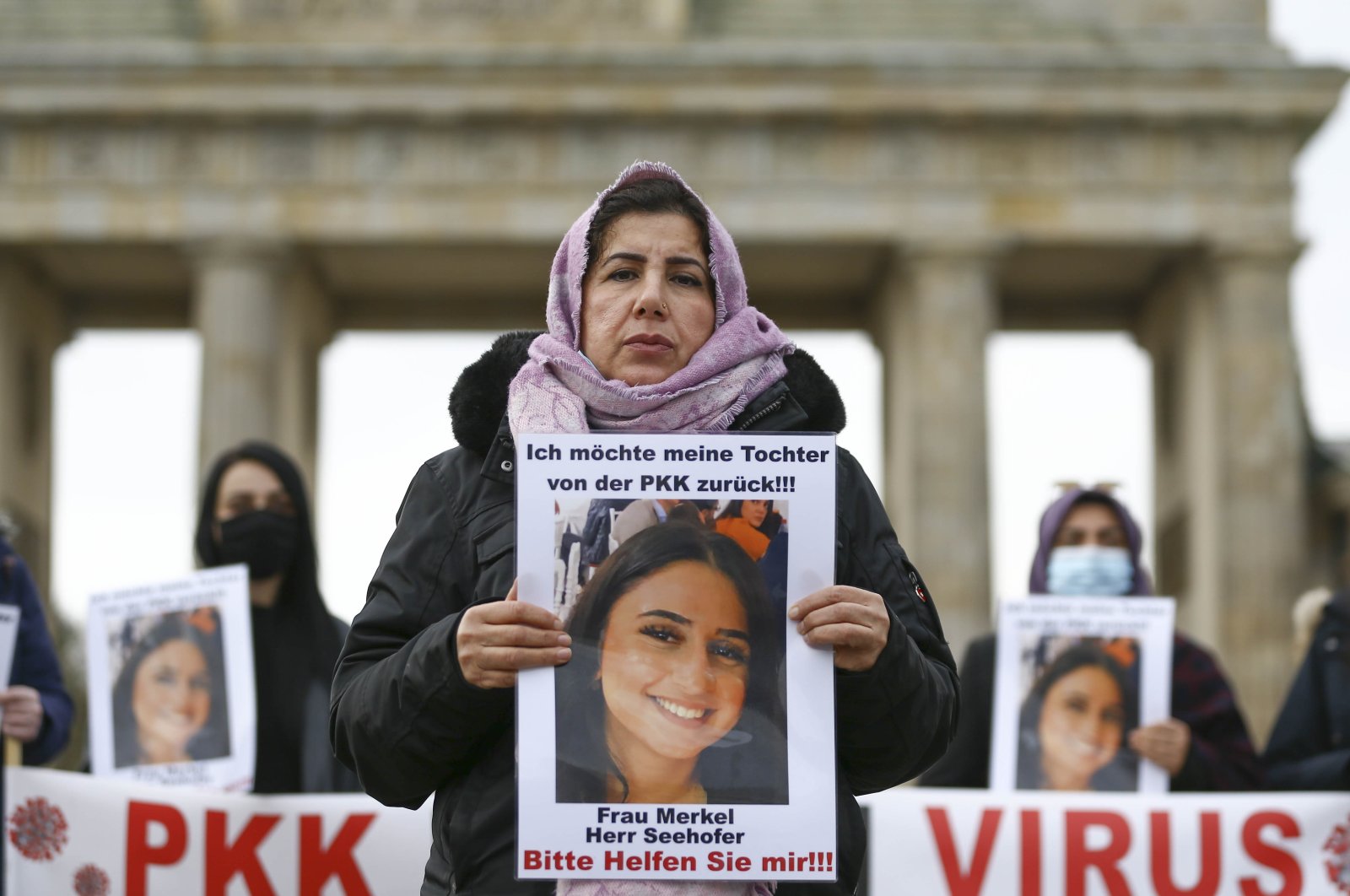 A woman in Germany has launched an online petition seeking her daughter's return, saying she was abducted by the PKK terrorist organization.

Maide T. told Anadolu Agency (AA) in Berlin that she wants support for the petition, "Take my daughter back from the PKK. Prevent her from being a terrorist," on change.org.

In the description section of the petition, Maide T. described the difficulties she has been through.

She said the German authorities turn a blind eye to her weekly demonstrations in front of the German Chancellery. Maide asked why the PKK's actions are still allowed to occur in Germany.

"Is the PKK not a terrorist organization in Germany? Is killing or terrorizing people not forbidden?"

PKK members can freely go in and out of Germany, she said. "They are dangerous for Germany's domestic security. While searching for my daughter, I myself learned how dangerous these people can be."

Maide urged the German federal government to act against the PKK and other terrorist organizations.

She said she will contact the justice and interior ministries once the petition gets a substantial number of signatures.

A Berlin resident, Maide has been trying to reach her daughter, Nilüfer, since Nov. 12, 2019, when Nilüfer was kidnapped by the PKK. Yet, all her efforts seem to be in vain as the German police refuse to help her.

In late May, she called on Chancellor Angela Merkel to help her and held protests in front of the German Chancellery.

The German government has failed to take any action, while Turkish officials criticized Germany for harboring and supporting PKK terrorists. Turkey has long urged the German authorities to take serious measures against the PKK activities in the country.

It has waged a terror campaign against Turkey for more than 35 years and has been responsible for the deaths of nearly 40,000 people, including women and children.

PKK supporters have been allowed to hold rallies, recruit militants and collect funds in Germany, which is home to some 5 million people of Turkish and Kurdish origins. The PKK is still active, with nearly 14,000 followers among the country's Kurdish immigrant population.