Haftar faces risk of losing his properties in US torture lawsuit 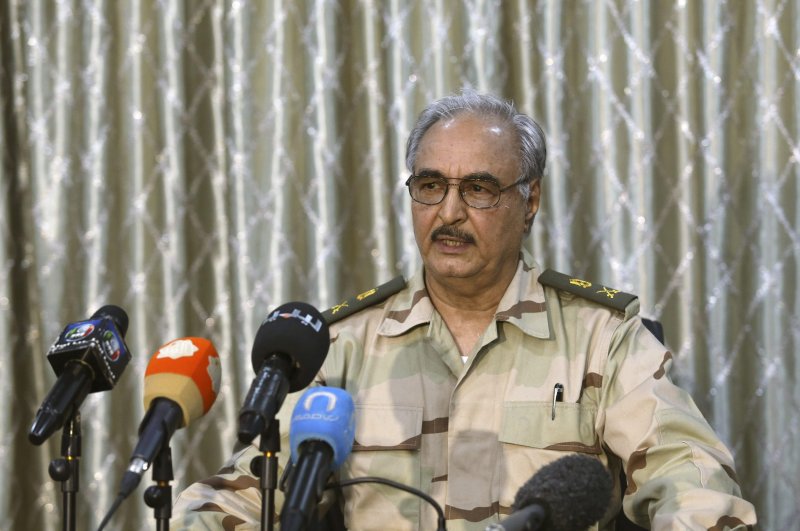 Libyan putschist Gen. Khalifa Haftar and his two sons could face huge penalties in the U.S. state of Virginia after a lawsuit was filed against him this month which accuses his forces of torturing members of two families to death in 2014 during his brutal campaign to silence dissidents in the North African country.

According to the lawsuit filed with the U.S. District Court in the Eastern District of Virginia, the al-Suyid and al-Krshiny families allege that forces under the command of Haftar and his sons Saddam and Khalid, and other forces under Haftar's command tortured and killed two members from each family in the eastern Libyan city of Benghazi.

"Defendants Khalid and Saddam ... are U.S. citizens and LNA members who lived in Virginia for years and own property in this District," the court papers state, paving the way for financial compensation for the victims' families.

According to the plaintiffs' lawyer, Kevin Carroll, they have a good chance of winning the case and receiving substantial compensation from the Haftars, who own 17 properties in Virginia.

"We do have documentation about the ownership of the properties. The families hope for financial damages," Carroll told Anadolu Agency (AA).

"The fact that the families are Libyan citizens does not prevent them from recovering damages in the U.S. under this law," he said, referring to the Torture Victim Protection Act of 1991.

The act is a statute that allows for the filing of civil suits in U.S. courts against individuals who, acting in an official capacity for any foreign nation, committed torture and/or extrajudicial killing.

The families described the atrocities committed under the Haftars' watch in the court documents, which were viewed by the AA.

Documents provided to the court describe Haftar and his two sons as U.S. citizens and detail their ownership of 17 properties in various districts of Virginia worth a total of at least $8 million.

According to the families, since Haftar and his sons took over the Libyan National Army (LNA), they "have waged an indiscriminate war against the Libyan people."

The LNA is currently waging a war against Libya's U.N.-recognized Government of National Accord (GNA), led by Prime Minister Fayez al-Sarraj.

"Their forces tortured and killed hundreds of Libyans without any judicial process whatsoever. They displayed a complete disregard for civilian safety and international humanitarian law by carrying out dishonorable, disproportionate, indiscriminate and unnecessary attacks on densely populated residential neighborhoods, causing devastating consequences," the families said.

They went on to say that the Haftars committed the crimes under the pretext of fighting extremism. "And they have tried to purge the country of so-called extremists by attacking the family homes of certain ethnicities, suspected dissidents and those who simply disagree."

The victims' families also claim that Haftar later turned against late President Moammar Gadhafi and reportedly became a source for the CIA.

"During that time, he obtained U.S. citizenship and resided in the Commonwealth of Virginia," they said in the court papers.

In October 2014, Haftar's LNA, "acting on the authority of the government of Libya, launched what they inaptly called ‘Operation Dignity' against those suspected to oppose the LNA, especially in the city of Benghazi."

"During Operation Dignity, the LNA, under the (Haftar) Defendants' command, violated jus cogens norms in its treatment of civilians and detainees through extrajudicial killing and torture," the families said.

Members of the families suffered torture and death during the killing rampage of Operation Dignity.

The al-Krshiny family, in particular, was targeted because of their Turkish heritage, according to the court documents.