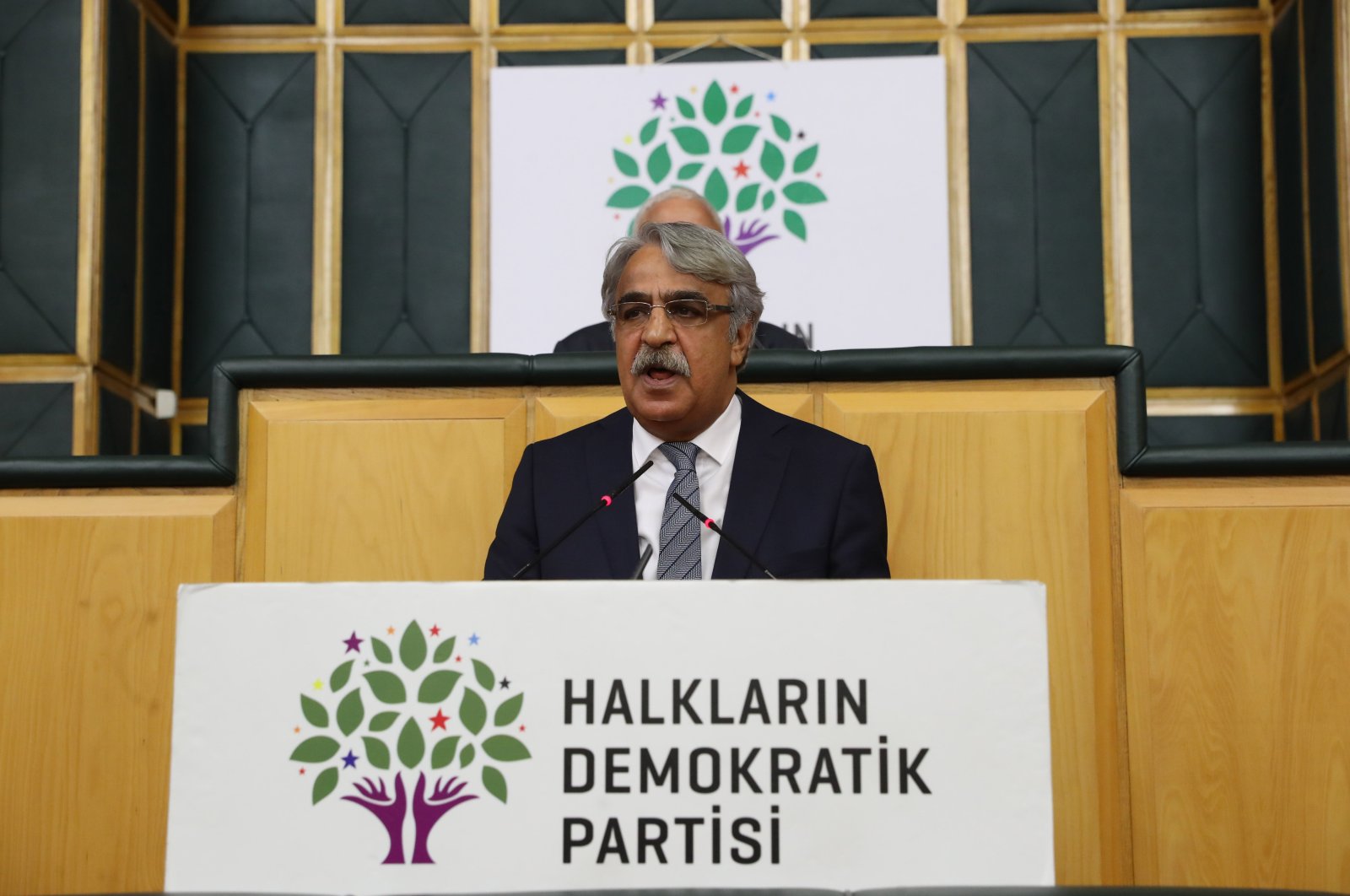 Sancar, who recently spoke at a public meeting in Şırnak, said the notorious terrorist leader needs to be freed, adding that his party will seek his freedom when forming an alliance.

The HDP co-chair said Öcalan’s release was “necessary” to solve the Kurdish issue in the country.

He noted that the HDP would seek to form a “freedom alliance” against the ruling alliance led by the Justice and Development Party (AK Party) and its partner, the Nationalist Movement Party (MHP).

Öcalan, 70, founded the PKK in 1978, was captured in 1999 and sentenced to death due to his role in the terrorist group's decadeslong campaign against the Turkish state, which led to the deaths of more than 40,000 people.

After the abolishment of the death penalty in Turkey in 2002, Öcalan's sentence was commuted to life imprisonment. He is being held in a high-security prison on Imralı Island in the Sea of Marmara.

The party's role in the riots of Oct. 6-7, 2014, was also included in the indictment. In October 2014, amid a Daesh siege on the YPG, on Ain al-Arab (Kobani) Demirtaş and other HDP officials called for riots.

In the events that would become known as the Oct. 6-7 Kobani riots, 31 people were killed and some 350 others were injured in clashes between pro-PKK and conservative Kurdish groups and security forces throughout Turkey, especially in the southeast.

During the violence, 16-year-old Yasin Börü was brutally murdered by the terrorist group's supporters in southeastern Diyarbakır when he was distributing meat for poor families. Following the events, more than 1,600 investigations were launched, 894 suspects were detained and 386 of them were imprisoned. Eighteen of the 41 suspects were sentenced to life in prison for the murder of Börü and his friends.

In Turkey, the closure of political parties is decided by the Constitutional Court, based on an indictment filed by the Supreme Court Chief Public Prosecutor’s Office.