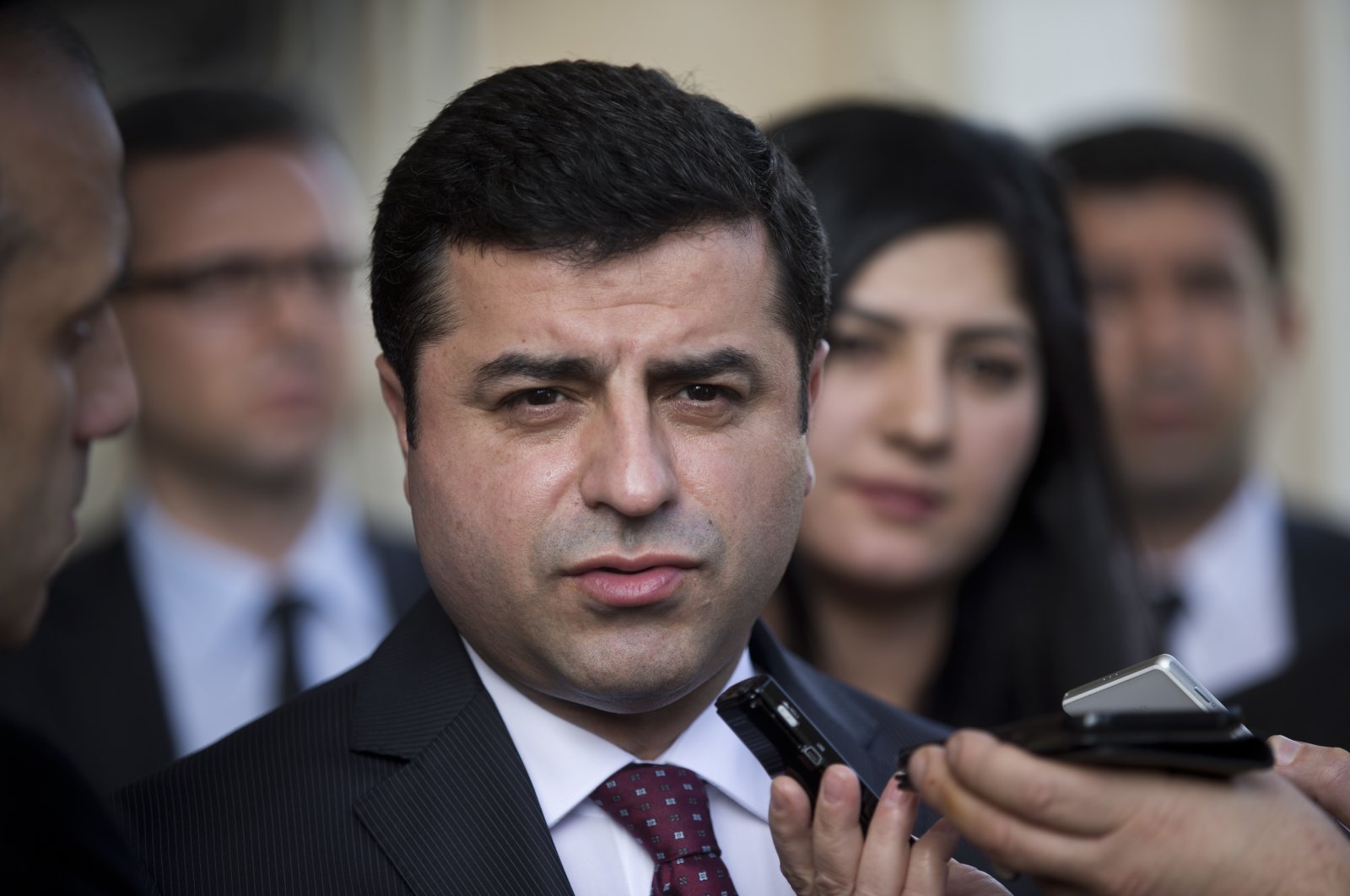 The former co-chair of the pro-PKK Peoples’ Democratic Party (HDP), Selahattin Demirtaş, called on people to take to the streets during the Kobani riots in 2014 under the instruction of the terrorist group, according to the testimony of an anonymous witness.

The witness, identified by the pseudonym “Mahir,” said that all the terrorist group's activities are controlled by the PKK’s executives at Mount Qandil. He noted that the group makes short-term, midterm and long-term plans in line with its ideology and periodic policies.

In his testimony, the witness also said that the PKK only considers demonstrations involving stones, Molotov cocktails, improvised explosive devices and clashes with police as “serhildan,” which means rebellion in Kurdish.

Mahir also noted that the PKK had hailed its Syrian wing’s achievements in northern Syria as a “revolution,” and that they were planning to declare self-governance in some districts and provinces where they thought they had significant power.

The terrorist group frequently sent instructions to its organizations in Turkey to support their struggle following the fight between Daesh and the YPG, the PKK's Syrian wing. The group’s general, women and youth branches were the main respondents to their calls, Mahir said.

Demirtaş and a delegation visited Ain al-Arab and then held talks with Öztürk, Ekin and Aksu on their way back. The trio told Demirtaş that he needed to support the struggle and urge people to take to the streets and revolt.

“In the first stage, Selahattin Demirtaş did not want to undertake the responsibility by himself, as he knew he would be held legally accountable for making such a statement. But considering that he could not put his political career and pressure from Qandil at risk, he made the statement in line with the terrorist group’s instructions,” Mahir said.

He continued by noting that the initial call did not receive the expected reaction from the public so the terrorist group urged other groups under the PKK umbrella to revolt.

In October 2014, amid a Daesh siege on Ain al-Arab, or Kobani, which was controlled by the YPG, Demirtaş and other HDP officials called for riots. In the events that would become known as the Oct. 6-7 Kobani protests, 31 people were killed and some 350 others were injured in clashes between pro-PKK and conservative Kurdish groups and security forces throughout Turkey, especially in the southeast.

During the violence, 16-year-old Yasin Börü was brutally murdered by the terrorist group's supporters in southeastern Diyarbakır, where he was distributing meat for poor families.

Following the events, more than 1,600 investigations were launched, 894 suspects were detained and 386 of these suspects were imprisoned. Eighteen of the 41 suspects were sentenced to life in prison for the murder of Yasin Börü and his friends.