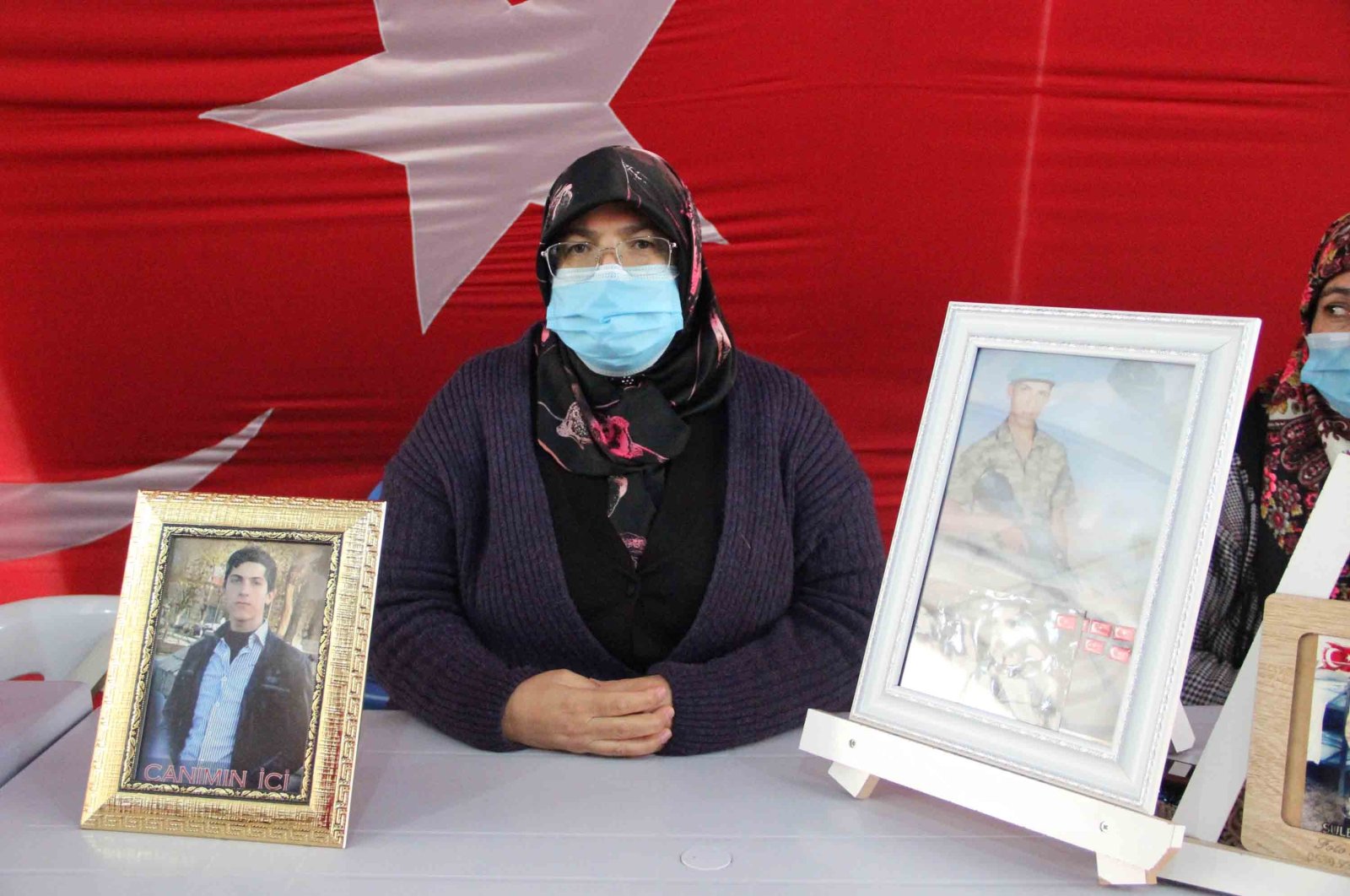 A Kurdish mother protesting her son’s abduction by the PKK terrorist group has criticized the pro-PKK Peoples’ Democratic Party (HDP) for causing more harm than good for the Kurdish people.

“They are supposed to defend the rights of the Kurds but all they have done for them is harm. ... The HDP lawmakers in Parliament do not defend the Kurds but are enemies of them,” Songül Altıntaş, the mother of Müslüm Altıntaş, who was abducted by PKK terrorists in 2015, told Demirören News Agency (DHA).

Akbaş is one of the parents who have been protesting the HDP’s cooperation with the PKK to kidnap young Kurdish children as militants for the terrorist group.

The grieving mother noted that her son was abducted in Tunceli’s Pülümür district as he was heading to serve his compulsory military duty in 2015.

“They abducted a son, a soldier, but killed the whole family,” Altıntaş said, adding that she has no more strength left to bear the pain.

She said that although the HDP claims it was established to defend the rights of the Kurdish people in Parliament, the party, in reality, is oppressing them by collaborating with the terrorists.

Nearly 150 families have been staging a sit-in protest in front of the pro-PKK HDP headquarters in Diyarbakır province, demanding the return of their sons and daughters who were recruited to fight for the terrorists.

The protest started when Hacire Akar turned up at the doorstep of the HDP’s Diyarbakır office one night after her son was abducted by the PKK. Akar’s son Mehmet returned home on Aug. 24, 2019, giving hope to the other families. On Sept. 3, 2019, families inspired by Akar transformed her solo stance into a collective sit-in protest.

Since then, 20 families have been reunited with their children thanks to the protest's success.