HDP lawmaker under fire for intimate photos with PKK terrorist 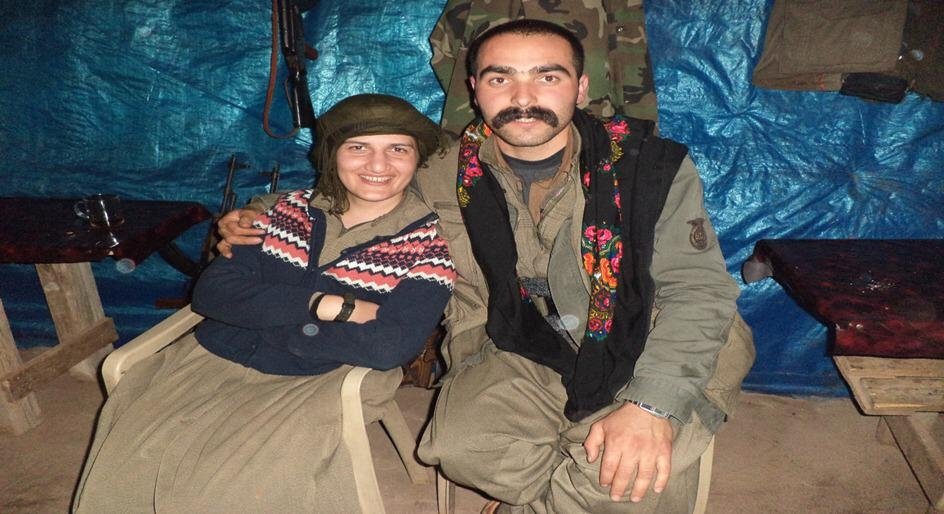 Condemnation poured in for the pro-PKK Peoples’ Democratic Party (HDP) lawmaker, who had a romantic relationship with a PKK terrorist, according to photos obtained from his cellphone.

Both the lawmaker and the terrorist had attended Harran University in the same period.

Bora was killed in an airstrike by the Turkish military in rural Adıyaman province in 2017 and the photos were discovered during investigations.

A martyrs and veterans solidarity association based in Batman province condemned the lawmaker, as they slammed the HDP for its ties to the terrorists.

“The HDP acts like a militant by siding with all organizations established against our state,” a statement by the association said and added that they reject such relations as they urged the government to take immediate action.

“We do not want to see those who open fire on our soldiers, police and security forces and our people in our Parliament,” the statement added.

Meanwhile, the ruling Justice and Development Party (AK Party) Erzurum deputy Ibrahim Aydemir said he condemns Güzel for her pictures. He noted that he feels “ashamed” as a lawmaker to see a fellow deputy take such pictures with a terrorist.

He continued by noting that while Güzel was not a lawmaker back then, the HDP should have known better to not nominate her as a candidate.

The main opposition Republican People’s Party (CHP) Group Deputy Chairperson Engin Altay said his party does not see any terrorist ties – for whatever reason – as legitimate.

“We do not consider the terrorist ties of any party as valid,” he said Monday.

Meanwhile, in a statement, Güzel said she had been engaged to Bora after a period of romantic relationship following university and that she was unable to see him between 2009 and 2014.

She claimed that she went to northern Iraq some time between 2013-2015, during the reconciliation period, to see her “loved one” and that she was not a member of a political party back then.