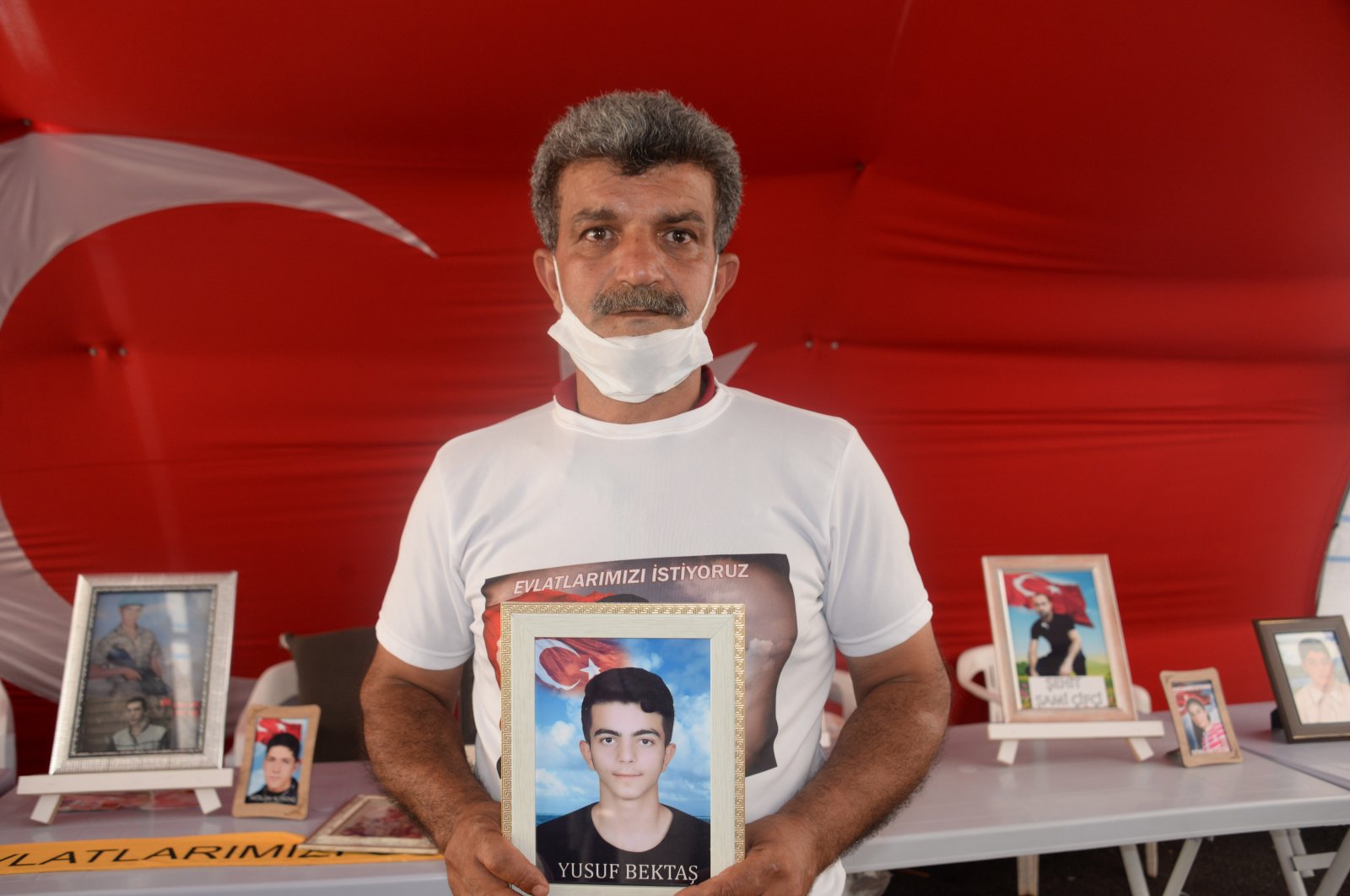 A parent protesting his son’s abduction by the PKK terrorist group has claimed that three people from the Peoples’ Democratic Party (HDP) have threatened to kill him, reports said.

Celil Begdaş, who has been protesting in front of the pro-PKK HDP headquarters in Diyarbakır, told reporters that HDP executives approached him and threatened him.

“You’re still alive? You should have been dead by now,” HDP officials reportedly told Begdaş, who filed a criminal complaint to the Diyarbakır Prosecutor’s Office.

He noted that the HDP officials told him to stop going to the protests in front of the party’s headquarters, but he would not stop protesting despite the threats.

Other families attending the protest, which has been ongoing for over 11 months, chanted slogans against the PKK and expressed support for Begdaş.

Begdaş claims that his 17-year-old son Yusuf was brought to the PKK with the assistance of the HDP.

The protests started in September 2019 with the cry of a mother, Hacire Akar, who launched a sit-in protest on the steps of the HDP's headquarters for her 21-year-old son. Unlike many of the other mothers' situations, it took only three days for Akar to be reunited with her son and complete her mission.

Since that day, the number of families who want to learn about the fate of their children has gradually increased and some of them have reunited with their children who surrendered to Turkish security forces.

The protesting parents claim the party is responsible for kidnapping or tricking their children to join the terror group. The HDP, long facing public reaction and judicial probes over its ties to the PKK, is under pressure from this growing civilian protest movement. Various groups from around Turkey have supported the Kurdish mothers in their cause, with many paying visits to show their support.

The international community has remained largely ignorant of the families’ struggle against terrorism. Some ambassadors to Ankara, however, have paid the families a visit.