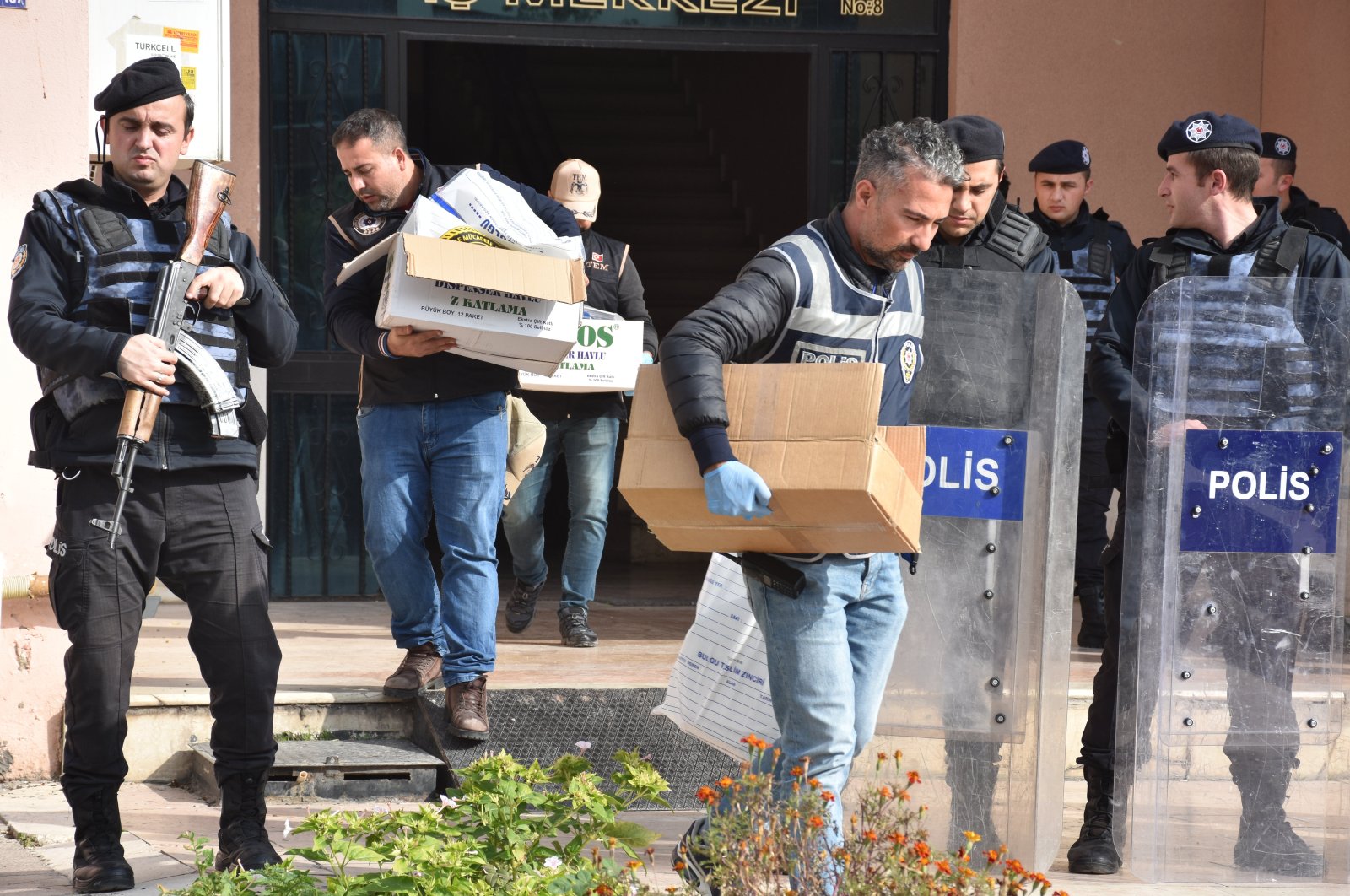 An indictment prepared by Gaziantep's chief public prosecutor’s office against the PKK/KCK terrorist organization points to the link between the terrorist group and the pro-PKK Peoples' Democratic Party (HDP).

The 3,253-page indictment was prepared for 61 suspects, 23 of whom have been arrested. The suspects include high-level members of the HDP and the Democratic Regions Party (DBP). The file presents evidence gathered through technical and physical pursuits, digital material as well as reports by law enforcement's cybercrimes department.

Putting forth that a large number of the PKK/KCK’s activities were conducted under supposedly legal structures, it said, “The Free Women’s Movement (TJA) of the PKK/KCK was organized directly within the HDP women's assembly.” It was further pointed out that a similar situation happened with the youth structure of the party, from which members were recruited for the terrorist organization.

The indictment also stated that money was gathered within the scope of the PKK/KCK’s activities for members in prison, which was revealed through phone calls and footage, while meetings in this regard were held at the party’s buildings. It came to light that one of the arrested, Mehmet Özkan, was responsible for the financial structuring of the organization in the province and that he gathered money at the HDP’s building in Gaziantep’s Şahinbey district. The indictment stated that nearly TL 1.5 million ($219,022) was collected.

Referring to the PKK’s Syrian wings, the indictment said: “There was a huge amount of participation in the PYD/YPG from both Gaziantep and the whole Turkey in 2015. The HDP played a significant role in this participation.”

The indictment, which underlined that the organization used politics as a camouflage, claimed that persons designed to conduct activities in the name of the PKK/KCK were to be placed in political parties and gain governmental influence.

The HDP has many times drawn fire for transferring taxpayer money and funds to the PKK, a globally recognized terrorist group. HDP mayors and local officials have been found to misuse funds in support of the PKK and provide jobs for the terrorist group's sympathizers.

HDP mayors have also long been accused of undermining municipal services, allowing the PKK to dig trenches in the streets and launch attacks on police and soldiers when the terrorist group adopted an urban warfare strategy in July 2015, thus ending a two-year reconciliation period. HDP municipalities and their staff were also found to be actively participating in terrorist attacks launched after July 2015.