IP to pursue 'justice' in discussions over pro-PKK HDP's closure 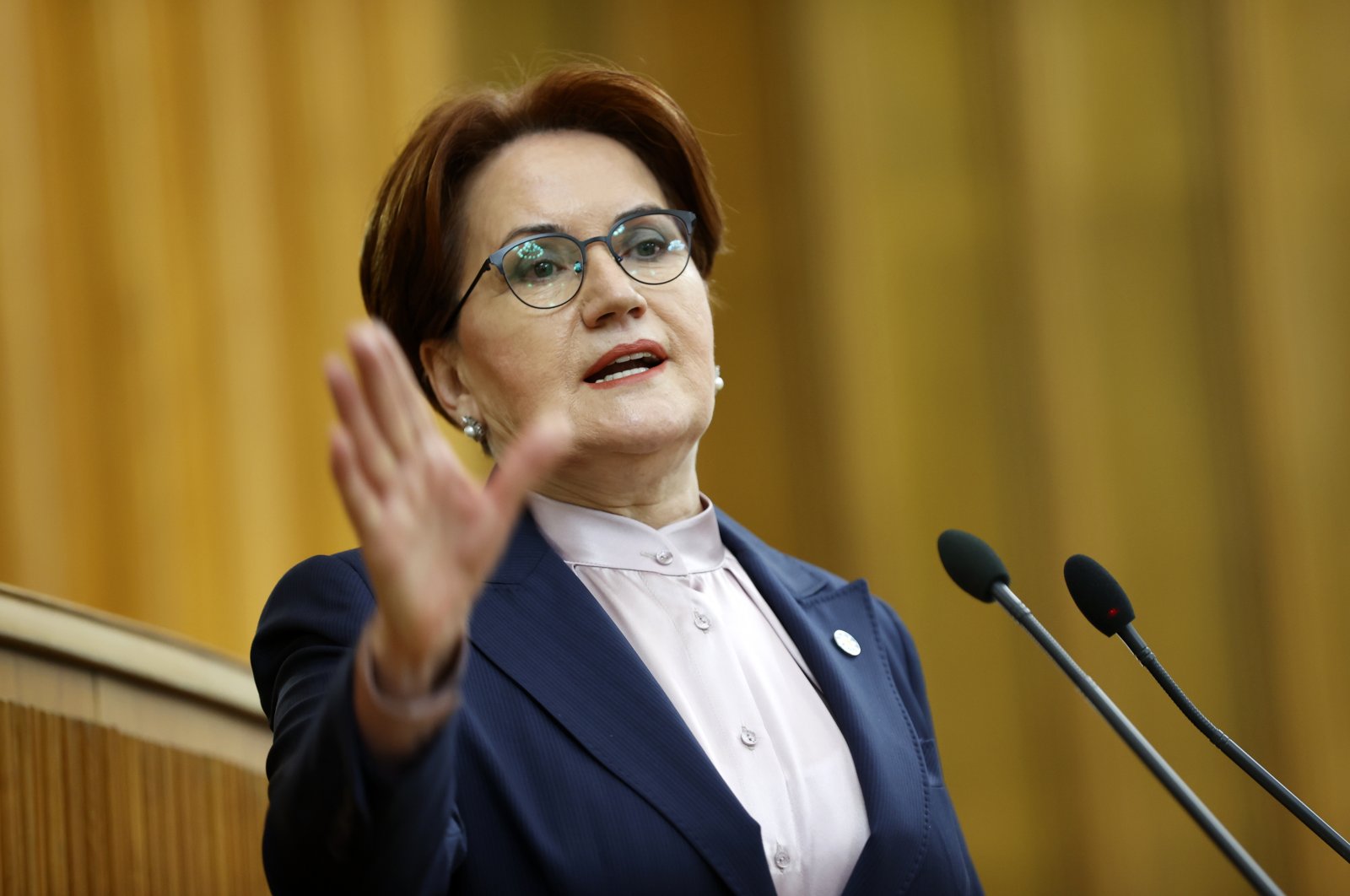 A Turkish opposition party leader on Wednesday said that the Good Party (IP) would pursue justice within the law on the matter of parliamentary deputies accused of terrorist ties.

Vowing to examine summaries of proceedings for 33 pro-PKK Peoples' Democratic Party (HDP) lawmakers in detail, Meral Akşener said: "The IP looks at the summaries prepared by the Turkish judiciary and it does whatever is necessary. Nobody should doubt this."

"For instance, the IP will never set up a table or negotiate with terrorists. The IP pursues justice within the law," she said.

"For example, the IP will not raise a blind (voting) hand to the summaries of proceedings, which are brought (to parliament), so that the problems of the nation are not discussed," she added.

Recent weeks have seen rising calls for the closure of the HDP. Nationalist Movement Party (MHP) leader Devlet Bahceli repeatedly called for lifting the immunity of some HDP lawmakers, as well as for the party's closure.

The HDP is known for having links to the PKK terrorist group. The party has numerous times drawn ire for transferring taxpayer money and funds to the PKK, a globally recognized terrorist group. HDP mayors and local officials have been found to misuse funds in support of the PKK terrorist group and provide jobs to PKK sympathizers. Its mayors have also been accused of undermining municipal services, allowing the PKK to dig ditches in the streets and launch attacks on police and soldiers when the terrorist group adopted an urban warfare strategy in July 2015 and ended a two-year reconciliation period. The HDP municipalities and their staff were also found to be actively participating in terrorist attacks launched after July 2015.

Turkey's justice system will decide on the possible closure of the HDP, the Justice and Development Party (AK Party) parliamentary group's head said on the issue on Wednesday.

"Will the HDP be closed? The response to this question lies not in politics but in the law. Relevant authorities will look, examine, evaluate and make a final judgment based on the evidence," Naci Bostancı, told Anadolu Agency (AA).

"We deal with politics," he explained, adding, "Legal evaluation is the subject of independent courts."

Bostancı called on the HDP to steer clear of the terrorist group PKK.

"That's why they get such harsh criticism. That's why they have been slammed, because of their silence on terrorism," he said, referring to the party's refusal to condemn the PKK.

Bostancı stressed that the HDP should not be conflated with Turkish voters of Kurdish origin.