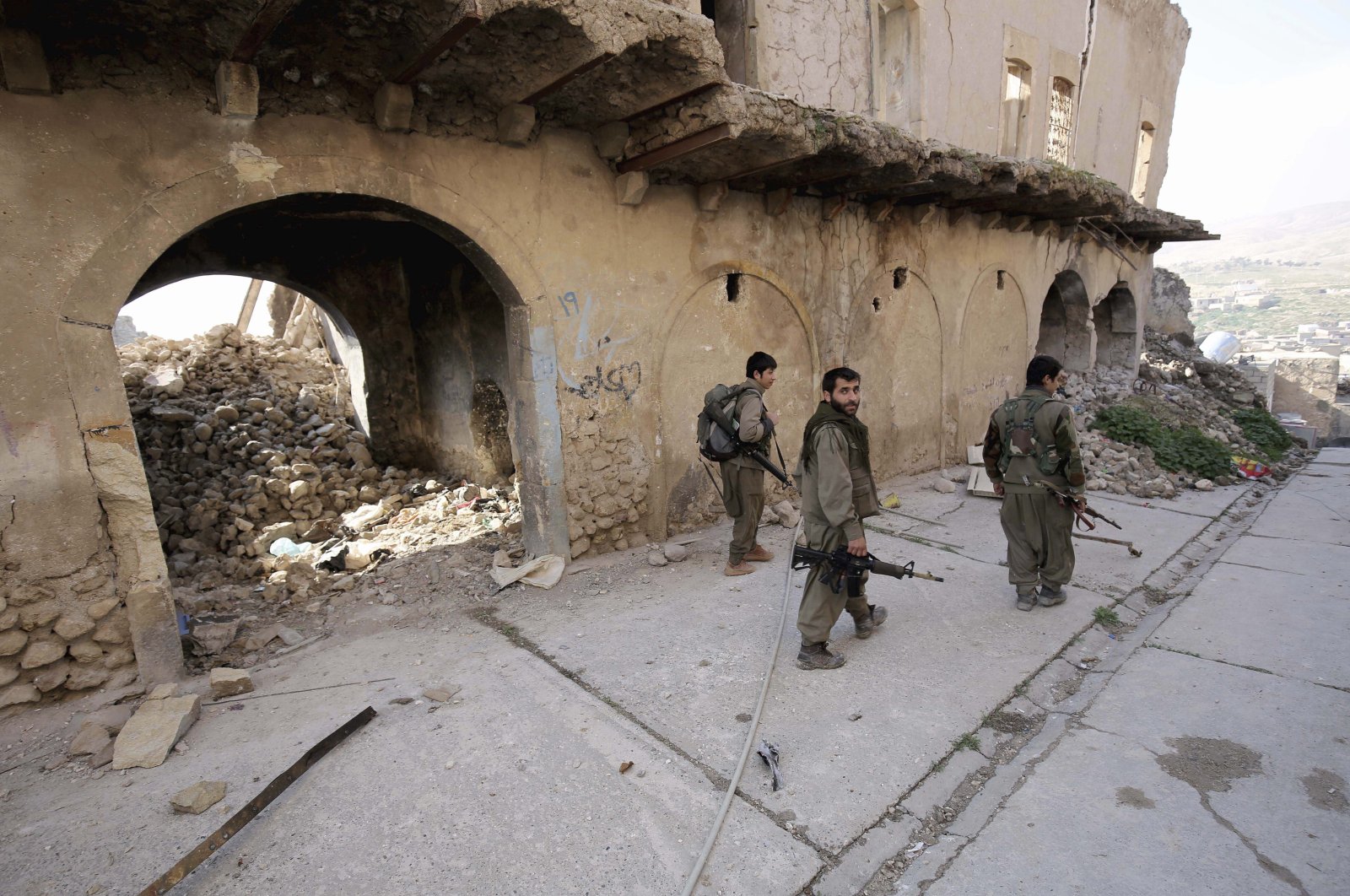 The Iraqi central government and the Kurdistan Regional Government (KRG) have deployed some 6,000 security forces near the Sinjar area, in a blow to the PKK terrorist group and the Iranian-backed Hashd al-Shaabi (Popular Mobilization) militants, reports said Tuesday.

The Baghdad and Irbil administrations took the first step to eliminate the presence of PKK terrorists from the area, where they established a second quasi-base beside their main headquarters in the Qandil mountains in northern Iraq.

Three brigades consisting of 6,000 heavily-armed police and military forces were deployed near the Syria-Iraq border and west of the Sinjar area.

Authorities are expected to deploy another 2,500 police officers to ensure security in the area, reports said.

Mosul Governor Najim al-Jubouri noted that the security forces were deployed to protect the Syrian border area west of Sinjar and that the Sinjar deal would be put into practice until early December.

The governor continued by saying that Jeanine Hennis-Plasschaert, the special representative of the secretary-general for the United Nations Assistance Mission for Iraq has expressed strong support to the government for the implementation of the Sinjar deal.

Meanwhile, Iraqi analyst Nazir Kandary told Yeni Şafak daily that the PKK has an offshoot in Sinjar called the “Humad Sinjar,” but they have been experiencing problems with the people in the region.

Kandary noted that PKK terrorists have been forcefully recruiting the youth in the region, to the disapproval of their families, and they also prevent the displaced people to return to their homes in the area. Kandary also said the Sinjar area has been used for smuggling due to its proximity to the Syrian border.

“These militias are also supported by the Iranian-backed Hashd al-Shaabi militias,” he said, adding that they reject the Sinjar deal mainly because they do not want the PKK terrorists to lose their ties with Syria.

Last week, the Iraqi central government and the KRG announced that the Sinjar deal, inked between Baghdad and Irbil in October under the auspices of the United Nations, has been put into practice.

On Oct. 9, the Iraqi prime minister's office announced it reached a "historic deal" with the KRG, an agreement that will bolster the Iraqi federal authority in Sinjar under the constitution in terms of governance and security.

The PKK terrorist group managed to establish a foothold in Sinjar in mid-2014 under the pretext of protecting the local Yazidi community from the Daesh terror group. Since then, the PKK has reportedly established a new base in Sinjar for its logistical and command-and-control activities. Around 450,000 Yazidis escaped Sinjar after the Daesh group took control of the region in mid-2014.

The Turkish Armed Forces (TSK) regularly conducts cross-border operations in northern Iraq, a region where PKK terrorists have hideouts and bases from which to carry out attacks on Turkey. Iraq's KRG previously called the PKK's presence in Sinjar unacceptable and urged the militants to leave the area.