July 15 coup attempt in Turkey remembered in US 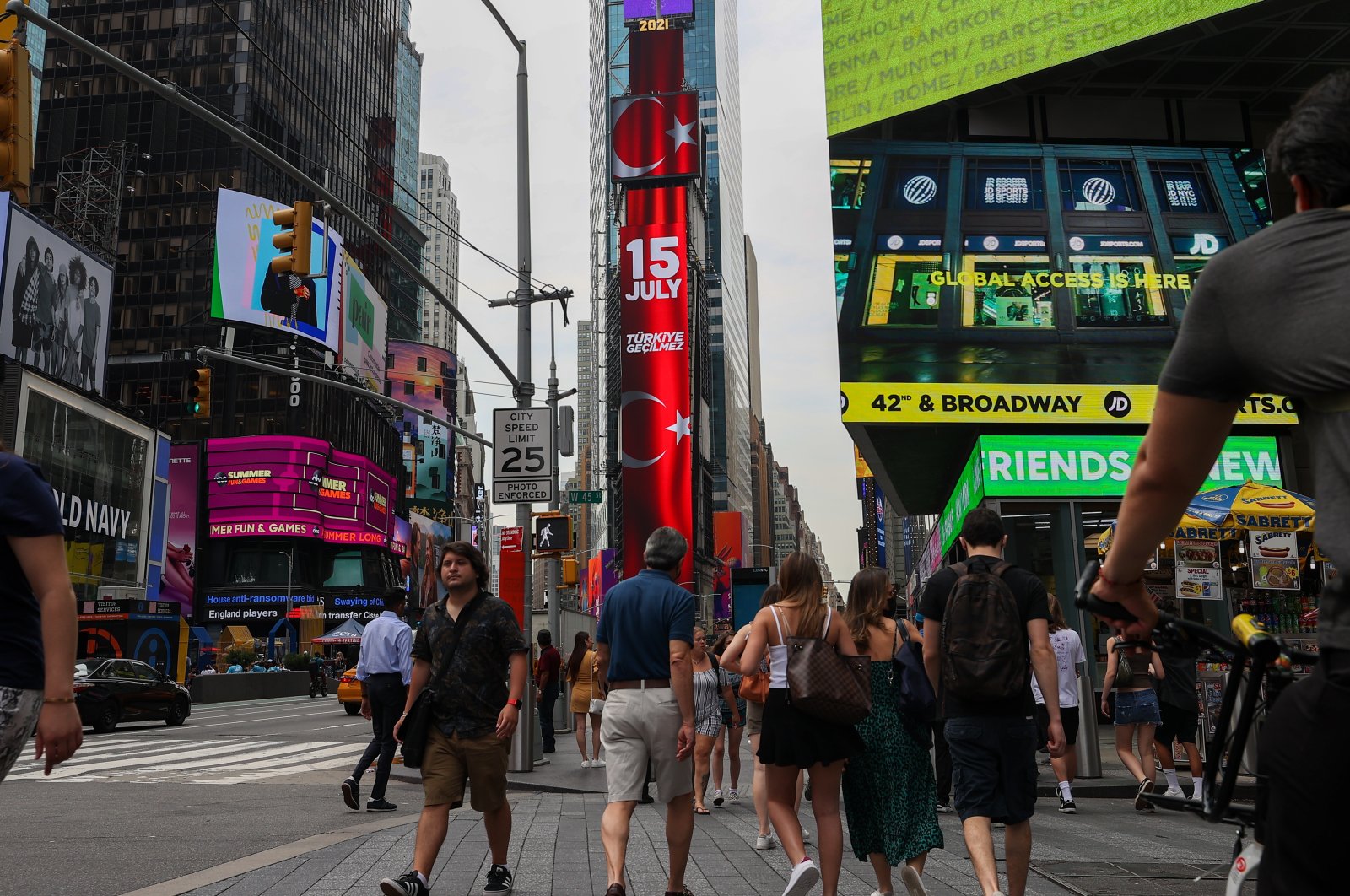 A series of events were held in the U.S. on Thursday to mark the fifth anniversary of a 2016 coup attempt in Turkey during which hundreds of civilians were killed and thousands of others wounded.

A commemoration ceremony at the Turkish Embassy in the U.S. capital Washington, D.C. began with a moment of silence for the victims and the recital of the national anthem.

The event was attended by U.S. officials at the State Department's Turkey Desk and Congress, experts and academics as well as the ambassadors of Azerbaijan, Georgia, Lebanon and Malaysia.

Speaking at the event, Turkish Ambassador Hasan Murat Mercan said the defeated putsch would never be forgotten by the Turkish people.

"That event is, in many cases, different from the previous attempts, because for the first time ever in Turkish history, civilians were deliberately attacked on the streets and the Turkish Parliament was bombed," said Mercan.

July 15, the day of the defeated coup, is marked in Turkey as Democracy and National Unity Day, with commemorations held across the country and at diplomatic missions abroad.

Republican Rep. Peter Sessions of Texas sent a video message to Ambassador Mercan saying that the coup night was "a sad day" for Turkey and the United States.

"As you celebrate this all across Turkey where America celebrates it with you, we want to say that we stand with Turkey. We need your great country and the Turkish people to know that the American people care very deeply about your success," he added.

Among the attendees was Oussama Jammal, the secretary-general of the U.S. Council of Muslim Organizations, who gave a solidarity speech at the embassy.

"On that July 15 night, the Turkish people truly lived up to their country's name of the Republic of Turkey, with bravery and acts of profound sacrifice," said Jammal.

"We are very honored to be here today to remember those who gave their lives for their country. Democracy is a precious thing, and we all have to stand for it."

The Gülenist Terror Group (FETÖ) and its U.S.-based leader, Fetullah Gülen, orchestrated the defeated coup of July 15, 2016, in which 251 people were killed and 2,734 wounded.

Gülen has lived in self-exile in the U.S. near Saylorsburg, Pennsylvania since 1999.

Since the coup attempt, Turkey has sought Gülen's extradition and complained that Washington is not moving fast enough.

Also, a group of Turkish-American community members gathered near the White House and Congress building to protest against the group behind the coup attempt, calling for the U.S. to extradite Gülen.

In New York City, the Turkish community there marked the event in Times Square. Digital screens displayed "Our heroes" and "Victory of Democracy" as well as the Turkish flag.

In addition, digital ad trucks which aimed to raise awareness about the coup attempt in Turkey traveled through Times Square and Manhattan.