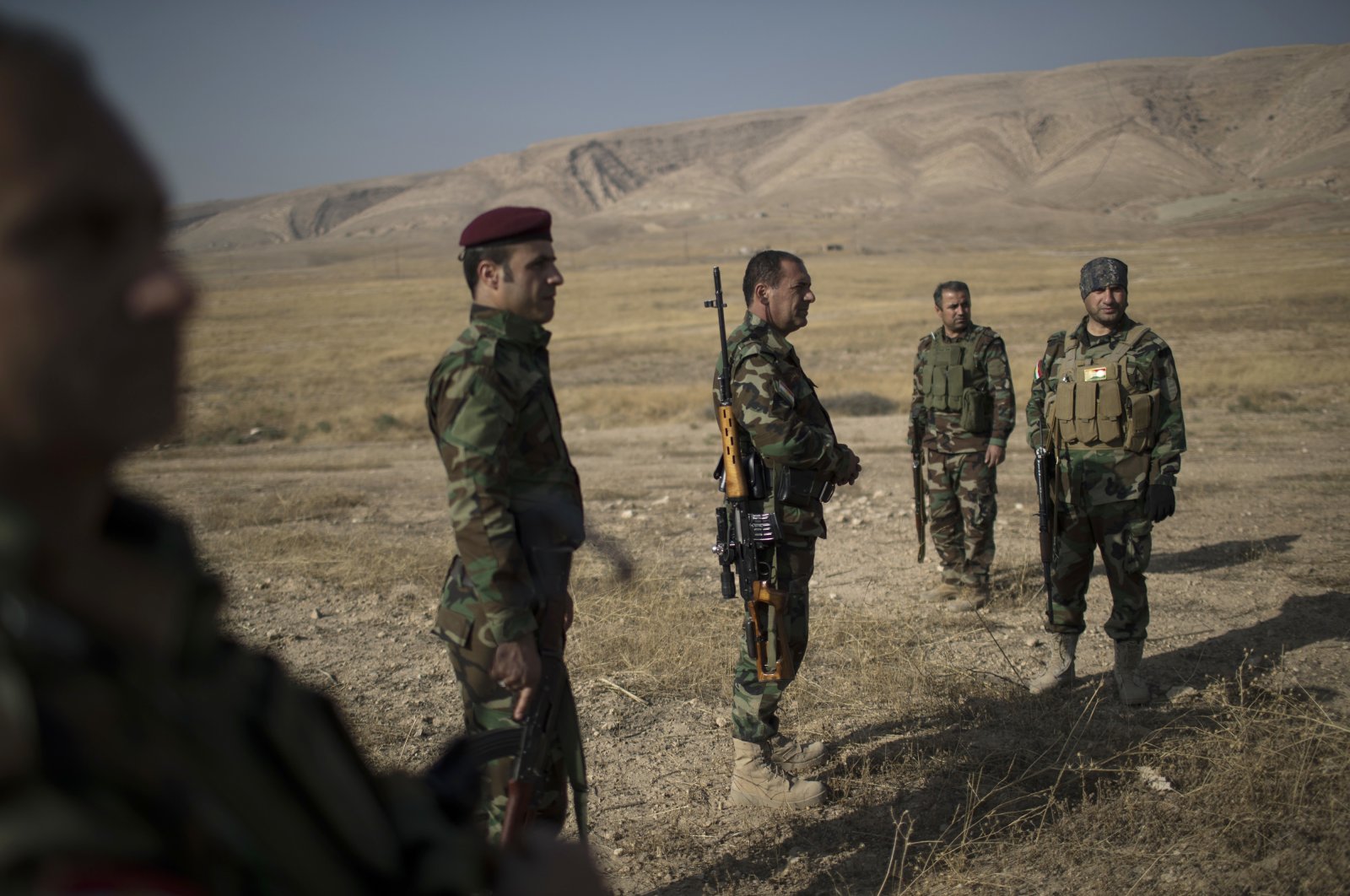 Around 50 YPG terrorists carried out a 'brutal' attack on Peshmerga forces in northern Iraq, according to a deputy KRG minister

The YPG terrorists carried out an attack against the Kurdish Peshmerga fighters in northern Iraq across the Syrian border using heavy weapons, Anadolu Agency (AA) quoted Lezgin as saying.

“A group of eight armed PKK fighters attempted to enter KRG through illegal means in the night hours,” Lezgin said, adding that Peshmerga forces took action upon seeing the attempt.

The terrorists were planning to secretly infiltrate the territory by crossing the river, according to the deputy minister, who noted that official crossings are done through the border gate between the two regions.

A group of 50 to 60 YPG terrorists then opened fire on the Peshmerga forces at around 4 a.m. local time, according to Lezgin, who noted that the attack lasted for about an hour and a half. He did not comment on the number of casualties.

Calling the attack brutal, Lezgin said the Peshmerga responded in kind and pushed the YPG back to Syrian territory.

“It is very well known that the YPG is acting based on the directions and instructions of the PKK,” Lezgin said, adding that it is unfortunate U.S.-led coalition forces have supported the YPG in the name of fighting Daesh.

“On this opportunity, as the Ministry of Peshmerga Affairs, we urge the international coalition forces to display a stance against last night’s attack and strongly condemn it,” Lezgin said.

Touching upon the statements of the YPG’s ringleader Ferhat Abdi Şahin, codenamed Mazloum Kobani, Lezgin said the ringleader’s statements were dictated by his masters in Mount Qandil, where the PKK’s headquarters are located.

Meanwhile, the Peshmerga have been instructed to defend themselves in the face of an attack by the PKK or any other unofficial force, the deputy minister said.

Several Peshmerga soldiers were killed earlier this month in PKK terrorist attacks in northern Duhok. The KRG said the PKK's attack on the region's forces crossed a "red line."

“There has recently been a consensus in Iraq regarding the PKK,” Çavuşoğlu said, adding that the implementation of the Sinjar deal was especially important for the future of Iraq.

Speaking at a joint news conference with his Iraqi counterpart Fuad Hussein, Çavuşoğlu pledged to help the country in its efforts against the terrorist group.

Highlighting the PKK's attacks on Kurdish Peshmerga fighters, Çavuşoğlu said that the PKK does not represent the Kurds and that the group is the enemy of the Kurdish people.

“It attacks all Kurds who refuse to obey it in Turkey, Iraq and Syria,” the foreign minister said, adding this is why the group attacks Kurds in northern Iraq.

Çavuşoğlu noted that the PKK terrorists also continue to carry out attacks against the Kurds in Sulaymaniyah.

“They also indiscriminately oppress all other ethnic groups, including the Assyrians, Yazidis, Arabs, and Sunnis and Shias,” Çavuşoğlu said.

Iraq's Prime Minister Mustafa al-Kadhimi is also expected to pay an official visit to Turkey on Thursday at the invitation of President Recep Tayyip Erdoğan.

Steps to be taken to enhance the cooperation between the two countries particularly related to the fight against terror, reconstruction of Iraq, trade and energy will be discussed and the bilateral relations will be addressed in depth, a statement by the Directorate of Communications said Wednesday.

The Turkish Armed Forces (TSK) regularly conducts cross-border operations in northern Iraq, a region where PKK terrorists have hideouts and bases from which to carry out attacks in Turkey. The KRG had previously called the PKK's presence in Sinjar unacceptable and urged the militants to leave the area.

Although the U.S. recognizes the PKK as a terrorist organization, it denies the group's connection with the YPG despite the ideological and organizational links between the groups. Washington views the YPG as a "reliable partner" in its fight against Daesh terrorist group and continues to provide it with arms and equipment.