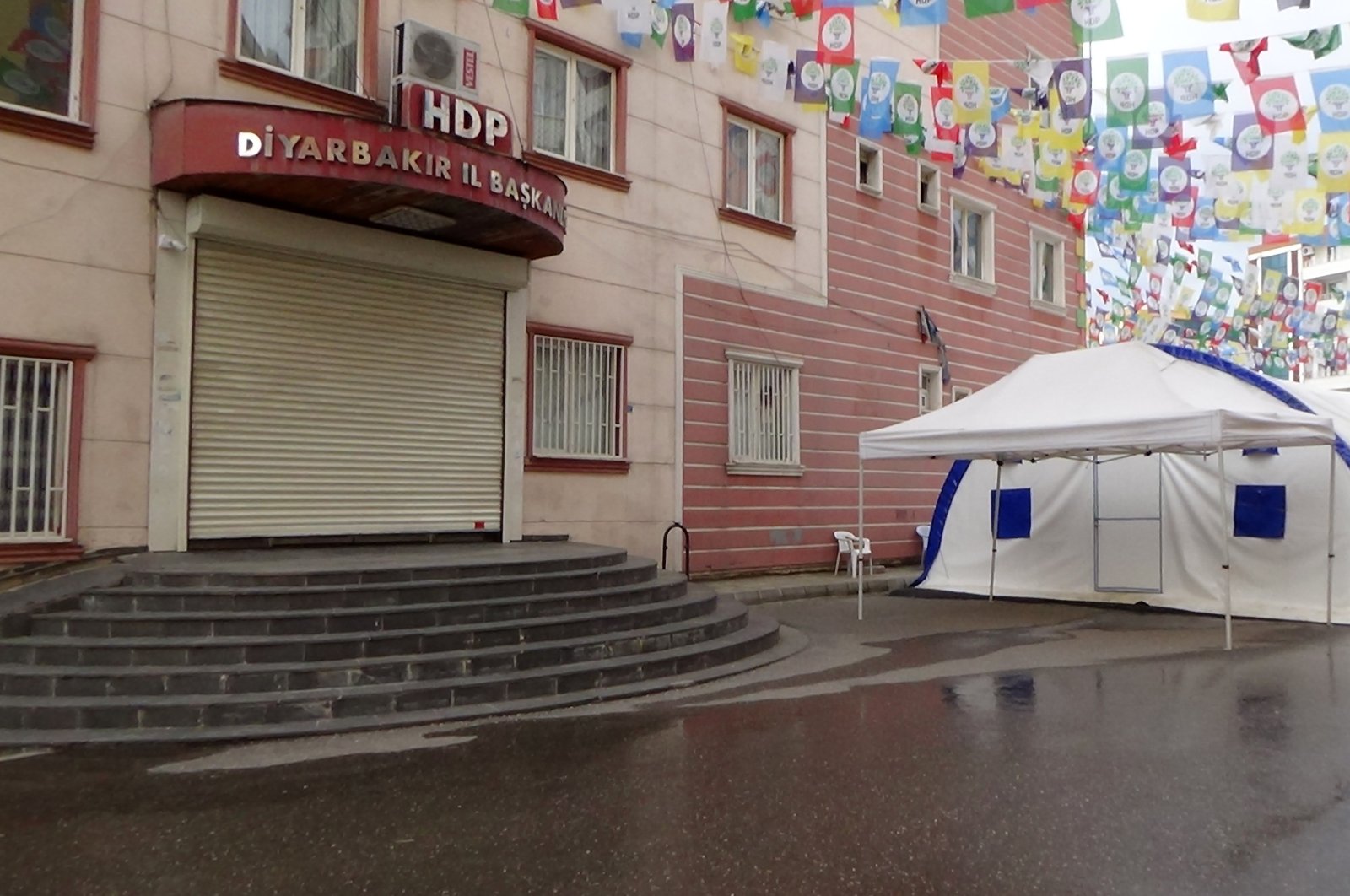 Families protesting the PKK terrorist organization continued their sit-in at a hotel during the curfew to curb the spread of the coronavirus pandemic, Diyarbakır, Turkey, April 11, 2020. (İHA Photo)
by DAILY SABAH Apr 13, 2020 12:06 pm
Edited By Dilara Aslan
RECOMMENDED

A two-day curfew in 30 metropolitan provinces and northern Zonguldak province was imposed in Turkey over the weekend to curb the spread of the novel coronavirus, yet this did not dissuade the many families who had gathered in front of the pro-PKK Peoples’ Democratic Party (HDP) building in Diyarbakır to protest the abduction of their children by the PKK terrorist organization. On the 222nd day of the sit-in, the families, who came from various provinces, continued their pursuit of their children in a nearby hotel.

Mother Kamile Küçükdağ, who is participating in the protest for her son Engin, who was abducted at the age of 15 five years ago, said that the families continued their protest in a hotel because they could not sit outside the HDP building due to the coronavirus restrictions.

“We will not go before we get our children,” Küçükdağ underlined. She addressed her son, saying: “Do not believe their (the PKK’s) lies. Come and surrender to the state and to our soldiers.”

“The HDP is more dangerous than the coronavirus. They gave my son to the PKK. They condemned our children to death and for us to wait at their door,” said another family member, Emin Arslan, who came for his son who was abducted in Şırnak.

Explaining that the HDP abducted their children and took them to the mountains, father Şevket Bingöl stated, “Despite the curfew, we continue our protest where we left off.”