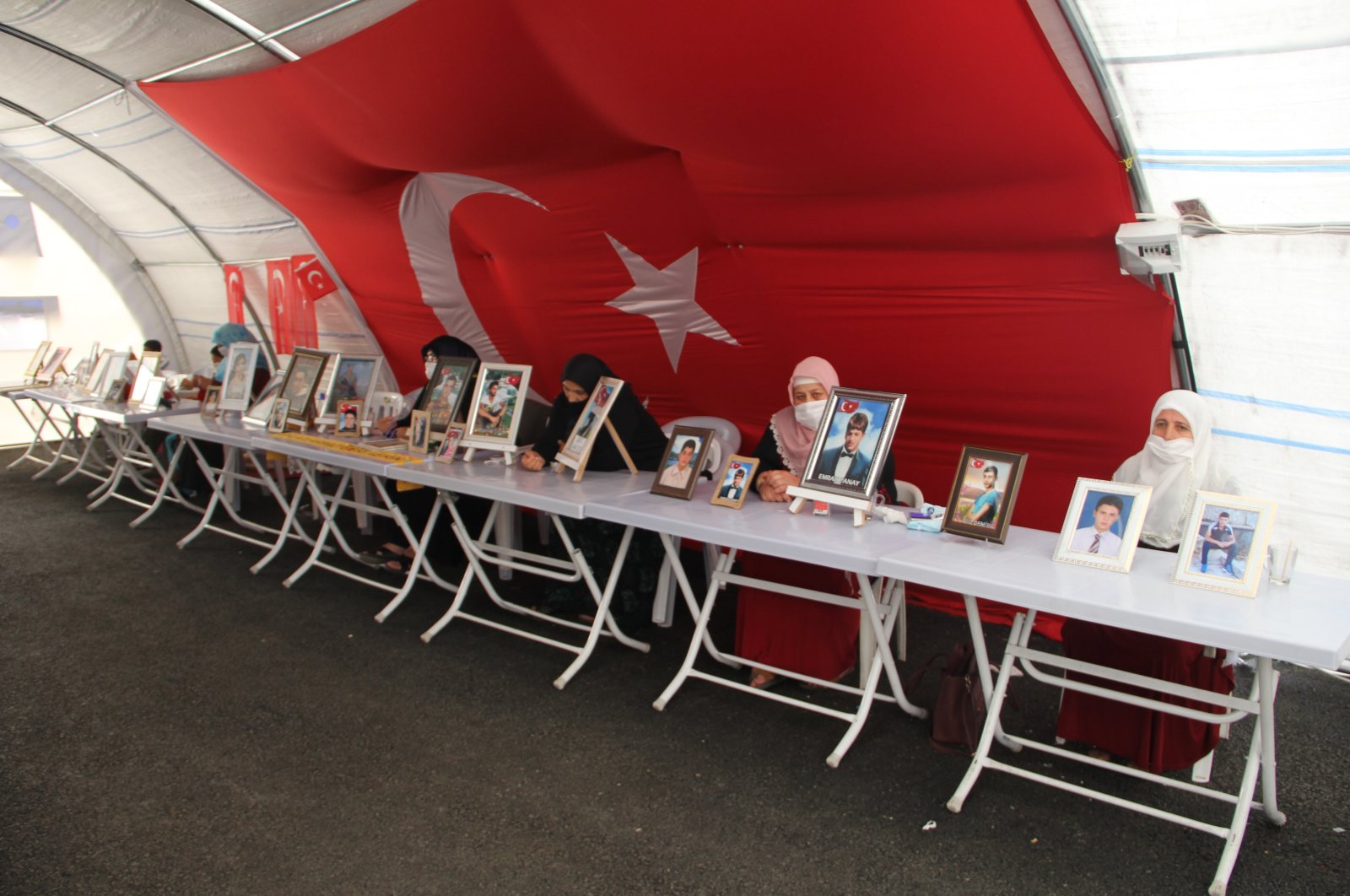 Kurdish families who have been staging a sit-in protest in southeastern Diyarbakır province against the PKK terrorist group demand the return of their abducted children ahead of the Muslim holiday of Qurban Bayram, also referred to as Eid al-Adha, that begins Friday.

"Aysel, come back. There is no meaning of Bayram without you," said Savaş Turan, the brother of Aysel who was kidnapped by the PKK five years ago.

Turan said he misses his sister very much, adding that every Qurban Bayram spent without Aysel feels empty.

"Your place is near us. You have nothing to do there (with the PKK). We have been longing for you for years," the sorrowful brother said, calling on her to come back or at least send a message as soon as possible.

The protests entered their 330th day on Tuesday, as the suffering of the families mounts as Qurban Bayram approaches.

The protest started when Hacire Akar turned up on the doorstep of the People's Democratic Party's (HDP) Diyarbakır office one night. Akar’s son Mehmet returned home on Aug. 24, giving hope to other families. On Sept. 3, families inspired by Akar transformed her solo stance into a collective sit-in protest. Since then, the number of protesting mothers has grown as they demand the return of their children, who, they say, were deceived or kidnapped by the terror group.

Most of the families have stated that their children were last seen at the HDP provincial building, while many others claim they were forcefully abducted.

The HDP is accused by the government of having links to the PKK. The protesting families claim the party is responsible for kidnapping or tricking their children to join the terror group. The HDP, long facing public reaction and judicial probes over its ties to the PKK, is under pressure from this growing civilian protest movement. Various groups from around Turkey have supported the Kurdish mothers in their cause, with many paying visits to show solidarity.

"I want my child back from the HDP. They tricked my son and took him away. It is Bayram now. Let my son come back. I want my son back," said Aynur Panay, a mother who has been participating in the protests for her son Emrah who has been missing for nine years.

"If you hear me, escape there and come back. Just surrender to the security forces," Panay continued.

So far, 14 young people have rejoined their families after fleeing from the PKK terrorist organization, offering hope to the 127 families that have been protesting.

A significant number of suspected terrorists have started fleeing the PKK and surrendering since last year. More than 235 members surrendered to Turkish security forces in 2019. However, many suspected terrorists lack the courage to leave the group because they fear severe punishment if caught.

Once they surrender, former recruits are provided with many opportunities, including the right to an education and the freedom to live without fear and oppression. They are not ill-treated, are able to contact their families freely and are provided with essential judicial assistance, while the Turkish state offers a variety of services to ensure their reintegration into society.