Kurdish families' protests against PKK to continue around the clock 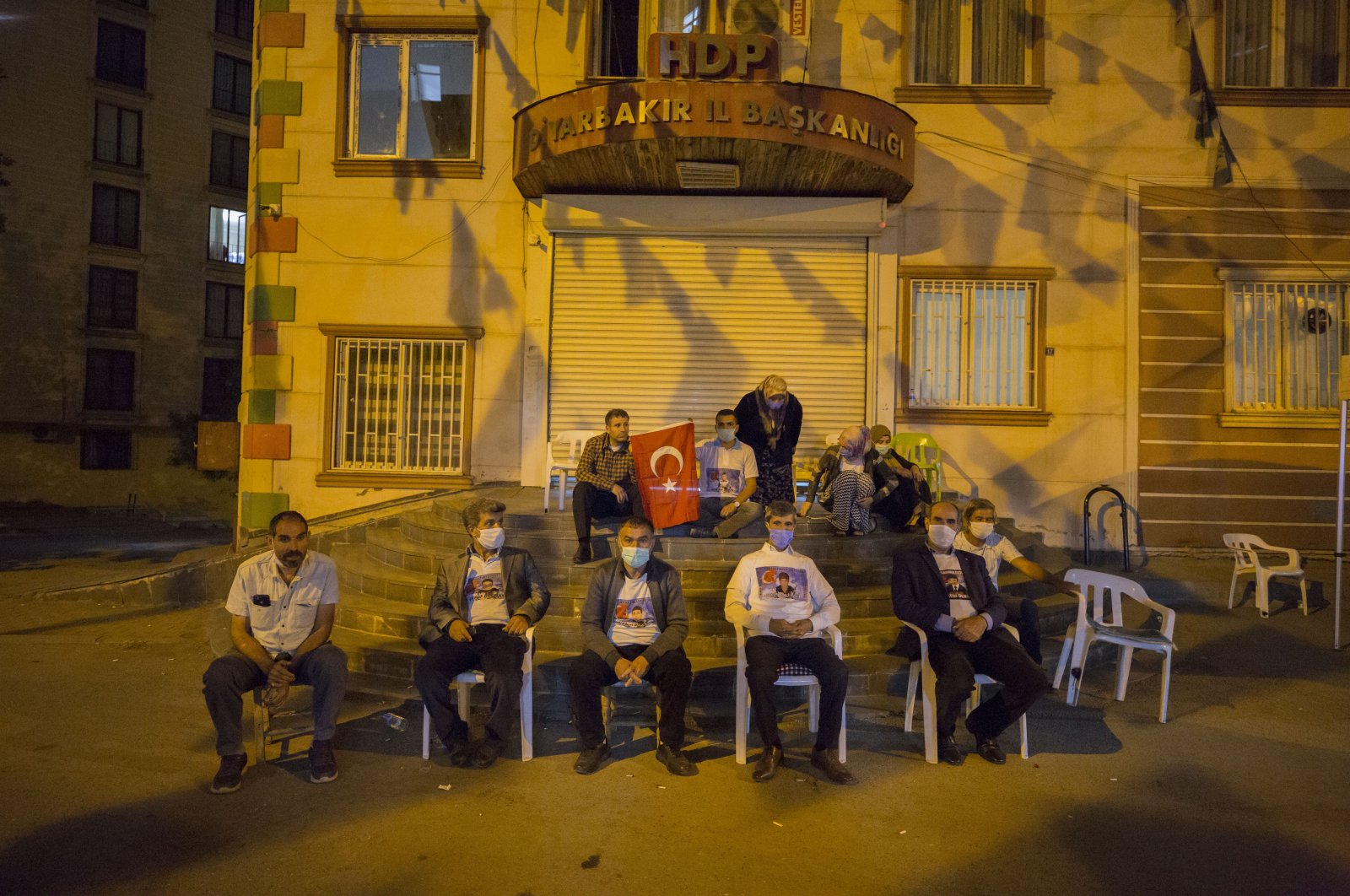 Kurdish families who are staging a sit-in protest against the PKK for the abduction of their children have decided to resume their protest for 24 hours, every day of the week.

Continuing their protest for more than a year outside the pro-PKK People's Democratic Party (HDP) headquarters in southeastern Diyarbakır, the families have decided to lengthen the time period of their demonstrations in order to fasten the return of their children kidnapped by the terrorist group.

"We will be on guard duty for 24 hours from now on," said Cennet Kabaklı, who is participating in the protests for her son Adil, kidnapped by the PKK five years ago.

Demanding her son back from PKK and HDP, Kabaklı said that she would not leave the spot until Adil's return.

"We lost our hearts to them. And (PKK sympathizers) are still inside those headquarters, listening to music at full volume, enjoying themselves while hurting us," the sorrowful mother said.

Currently, nearly 150 families have been participating in the sit-in, resulting in nearly 20 having managed to reunite with their kidnapped children.

Attending the protests for his son Tuncay who was abducted six years ago when he was only 14, Şevek Bingöl also underlined that their only aim was to demand their children back from the HDP and the PKK.

Bingöl stated that the terrorist group's sympathizers had been trying to provoke them through their music and various actions.

"As long as we are alive, we will continue to protest until we get back with our children," he said, emphasizing the determination to pursue protest for day and night.

The HDP is known for having links to the PKK. The protesting mothers state that the party is responsible for kidnapping or tricking their children into joining the terrorist group. The party, long facing public reaction and judicial probes over its ties to the PKK, is under pressure from this growing civilian protest movement.

The protest started to spread to other provinces as well when Kurdish mother Emine Üstek launched a similar movement in southeastern Şırnak province on Sept. 17.

Some relatives of those who were killed or injured by the PKK joined Üstek in support of her protest.

Üstek previously said in Kurdish that her son Metin was abducted six years ago when he was 15. She said that the PKK must take its hands off children.

Another mother, Maide T., is continuing to fight for the return of her daughter. Carrying a sign reading, “PKK is a virus,” she has been protesting in front of the Brandenburg Gate in Berlin.

Maide T. lost contact with her daughter on Nov. 12, 2019, when her daughter told her she was going to school.

She has previously protested in front of foundations and institutions known for their close links to the PKK and demanded her daughter’s release.