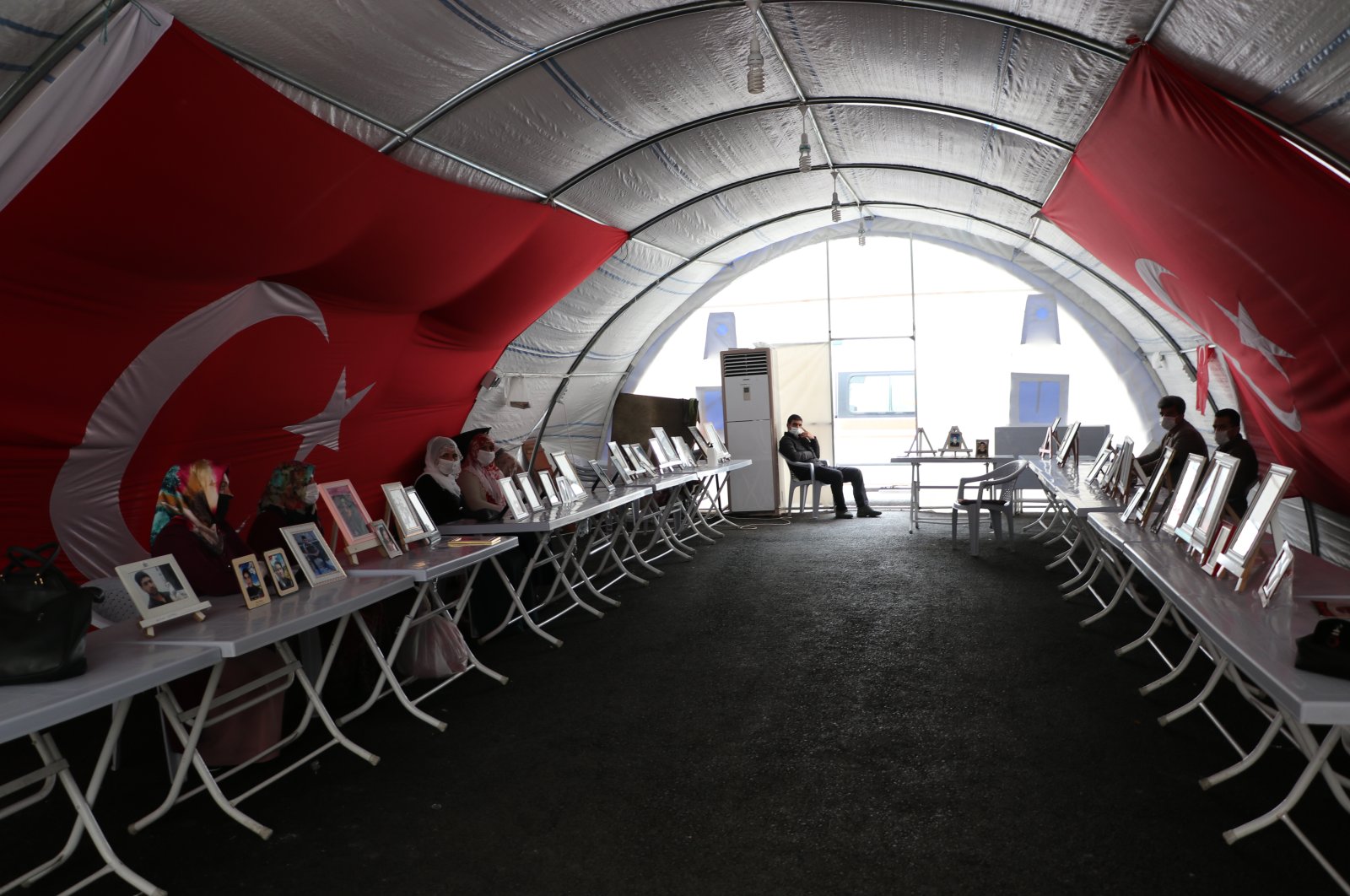 Dozens of mothers launched the protest on Sept. 3, 2019, outside the offices of the Peoples' Democratic Party (HDP), a party accused by the government of having links to the YPG/PKK terror group and on 246th day still continue their protest, May 5, 2020. (AA)
by DAILY SABAH WITH AA May 05, 2020 5:42 pm
RECOMMENDED

A sit-in by Kurdish families in southeastern Turkey against the YPG/PKK's abduction of children entered its 246th day on Tuesday.

The protesters, camped outside the office of a Turkish opposition party in Diyarbakır province, are demanding that their children kidnapped by the YPG/PKK terrorists be returned.

Dozens of mothers launched the protest on Sept. 3, 2019, outside the offices of the Peoples' Democratic Party (HDP), a party accused by the government of having links to the YPG/PKK terror group.

Aydan Arslan, one of the mothers, said her daughter Aysun had been kidnapped by the terror group in 2015 when she was only 15 years old.

Accusing the HDP of playing a role in the abduction, she said, "I want my daughter. Who will celebrate Mother's Day with me?"

Another protester, Kamile Küçükdağ, whose son Engin was also abducted at the age of 15 five years ago, said she will stay put until her child returns.

In its more than 40-year terror campaign against Turkey, the PKK, listed as a terrorist organization by Turkey, the U.S. and the EU, has been responsible for the deaths of 40,000 people, including women, children and infants. The YPG is the PKK's Syrian offshoot.

The protest started when Hacire Akar turned up at the doorstep of the HDP's Diyarbakır office one night. A week later, on Sept. 3, 2019, families inspired by Akar transformed her solo stance into a collective sit-in protest. Akar's son Mehmet returned home on Aug. 24, 2019, showing people that there is still hope.

The HDP is also known for encouraging young people to join the terrorist organization. That is to say, children abducted by the PKK are first radicalized by the HDP. The would-be recruits are then used as an instrument for propaganda and are forced to work. Specialists define four stages of radicalization, the first of which is brainwashing, thereby encouraging the young to join the terrorist organization. This is followed by armament, violation and finally, leaving to join the organization in the mountains.

The number of families at the protest has steadily increased in recent months, with all of them are demanding the return of their children, whom they claim were deceived or kidnapped by the terror group.