Kurdish family continues to protest PKK from home, despite pandemic 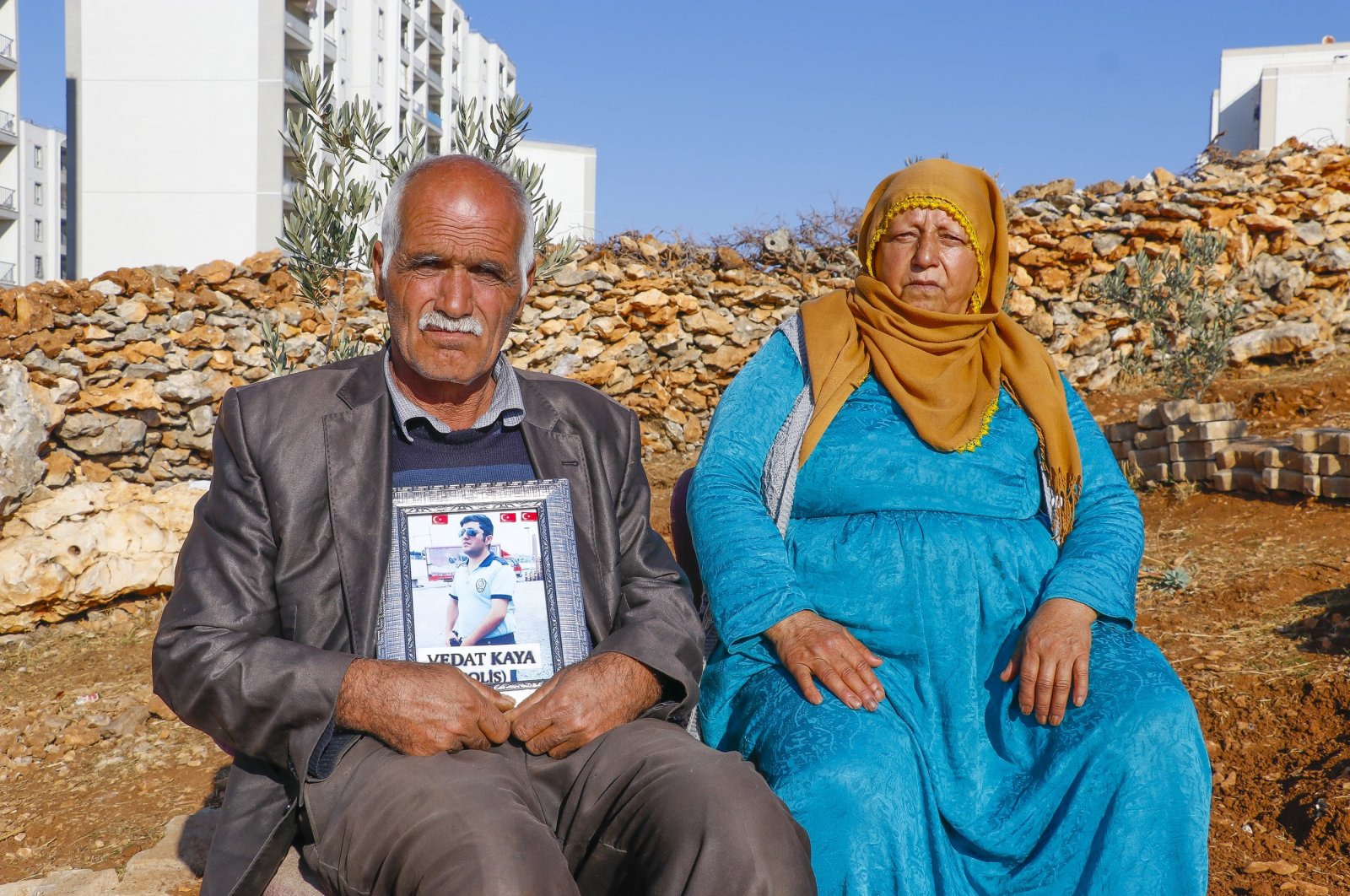 A Kurdish family in the southeastern Turkish province of Mardin, unable to join their peers in Diyarbakır due to the coronavirus outbreak, continue to protest the PKK from their home, demanding the return of their abducted child from the terrorist group.

It has been 464 days since Kurdish families began a protest in front of the pro-PKK People's Democratic Party (HDP) headquarters in Diyarbakır. Starting with just three families, the movement quickly gained momentum, and currently, 177 families of children who have been kidnapped by the group are participating in the protest.

While nothing will stop the families from standing up for their children, the COVID-19 outbreak has forced some families, such as the Kayas, to continue their protests from home while social distancing.

The Kaya family's 28-year-old son Vedat Kaya was a police officer in Diyarbakır's Lice district and was kidnapped by the PKK back in 2015. Since then, the family has been in search of their son, using every platform at their disposal. The family protested the terrorist group in Diyarbakır for nine months, until the pandemic.

"I was living in Derik (a district in Mardin). They (PKK terrorists) claimed my water, my land, my house, my garden. They did not let me live there. I had to move to Mardin city center," Vedat's father Şeyhmus Kaya said, remembering the aftermath of his son's kidnap.

Calling on HDP deputies, Şeyhmus said: "Don't you receive an income from the state? What is your difference between a police officer, a civil servant? You don't have any difference. Then, why don't they (the terrorists) kidnap you? (Because) you are siding with them, you are leading them."

"I don't know if my son is dead or alive. As long as those terrorists are in the Parliament, I cannot get any information on the whereabouts of my son," Şeyhmus continued.

"We will continue to fight against PKK and HDP as long as our family survives. We are the real Kurds. The ones in the Parliament do not represent us," he said, referring to the HDP deputies.

Currently, there are 58 HDP deputies in the parliament.