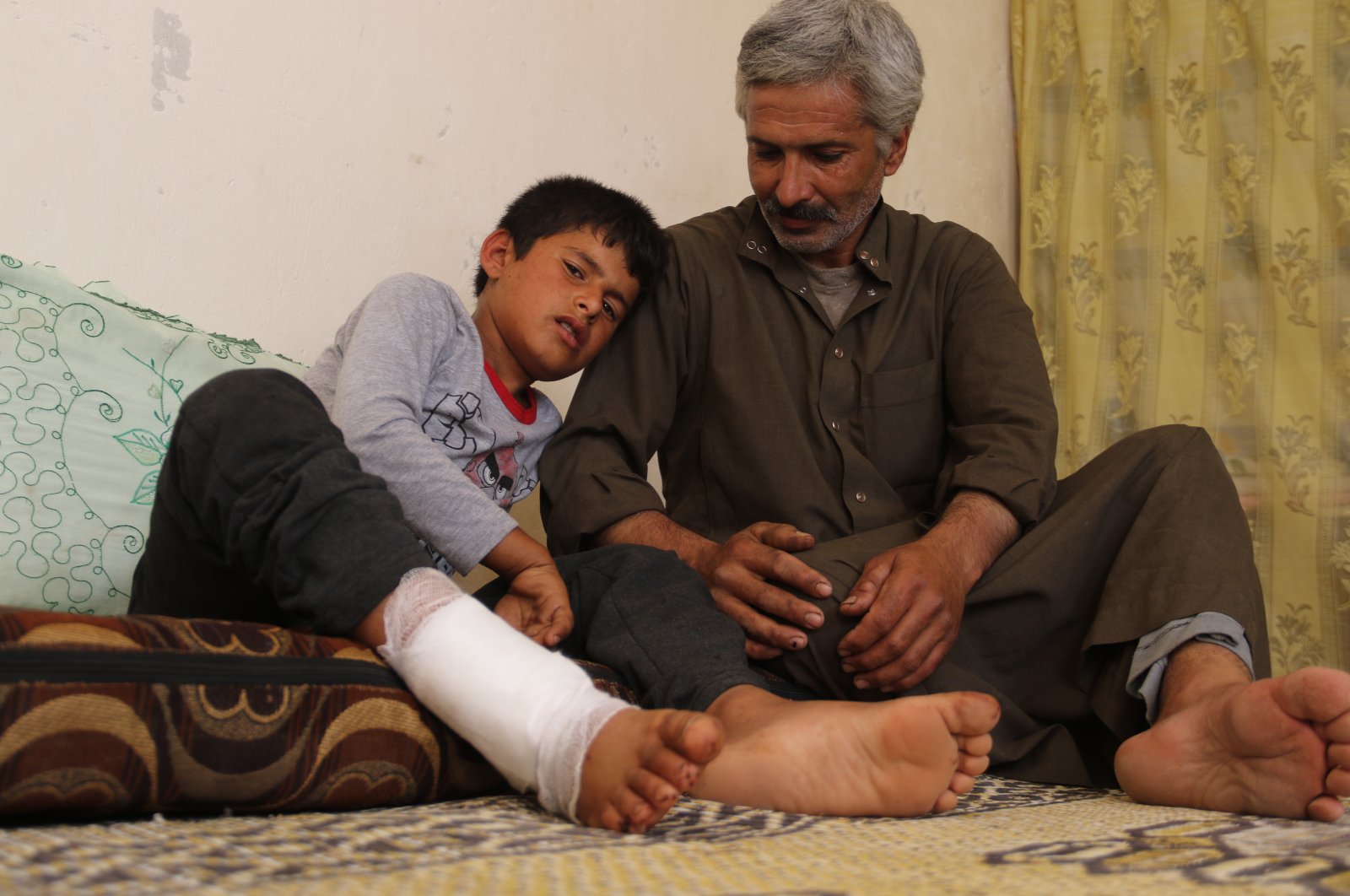 Civilians in the northern Syrian city of al-Bab are awaiting help from authorities to clear the area of landmines planted by the Daesh terrorist group. The mines and other explosives have limited agriculture activities in addition to endangering humans and livestock.

Speaking to Anadolu Agency (AA), Muhammed Kalso, whose son was injured while walking in the middle of the village in an explosion last week, called for a large-scale mine-clearing operation in the area.

"If we had known there was a mine in the middle of the village, we would not have taken the kids out. I ask the security forces to do mine-clearing work to prevent more people from getting hurt," he said.

While Kalso said he was thankful to the Turkish Armed Forces (TSK) and the Syrian National Army (SNA) for driving terrorists out, he wants them to clear the area of mines as well.

In February 2017, Turkish troops and the SNA liberated al-Bab from the Daesh terrorist group as part of Turkey's Operation Euphrates Shield.

The operation began in August 2016 and lasted for seven months. It was carried out to eliminate the terrorist presence along the Turkish border.

Daesh had planted landmines in the area to prevent the progress of the TSK and the SNA.

Although clearing activities have been carried out by forces in the liberated areas, many of the still-hidden mines have harmed civilians.