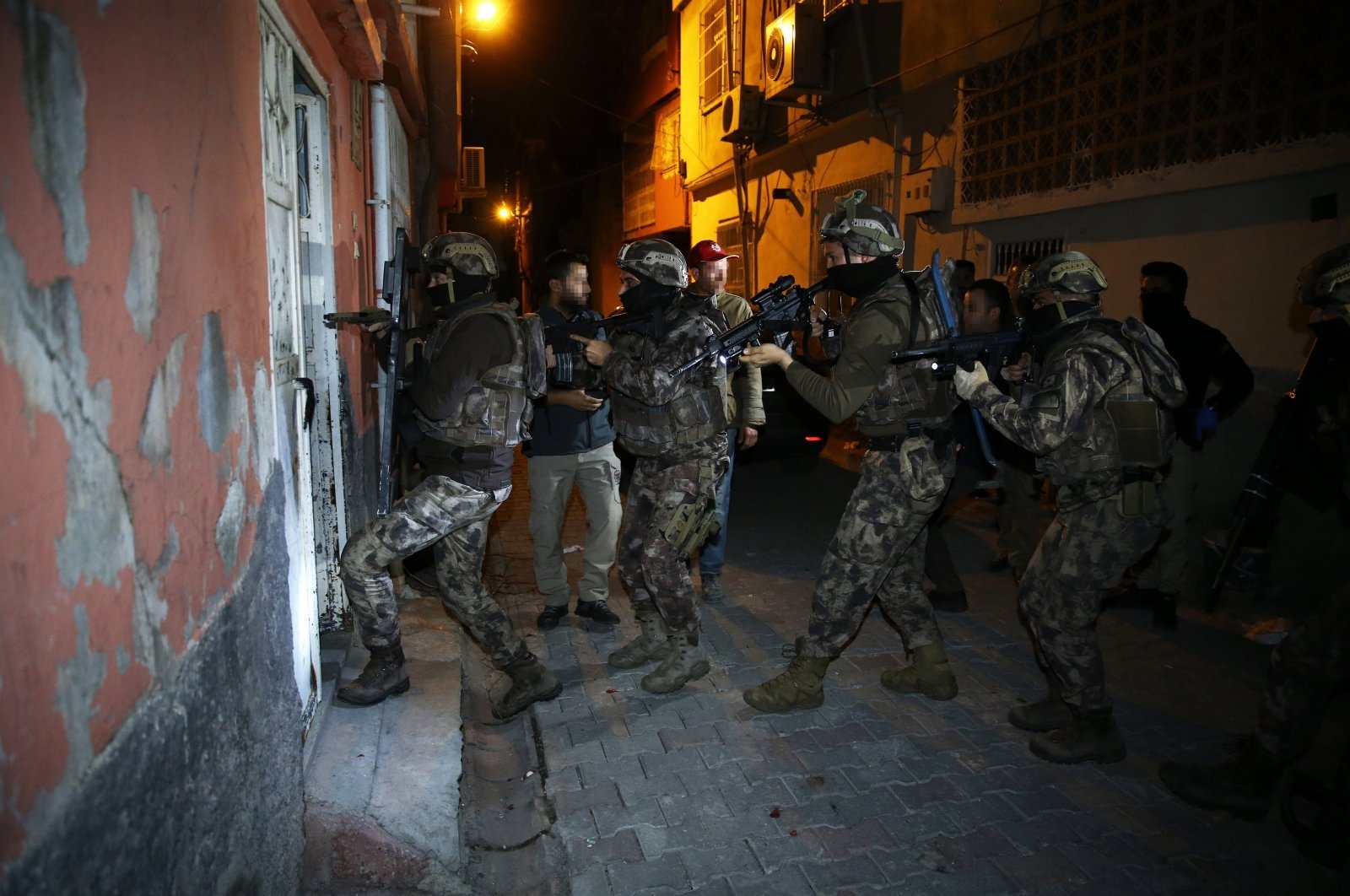 A Daesh terror suspect was arrested in an operation in northern Turkey’s Samsun, security sources said on Saturday.

A raid was carried out in the Ilkadım district of Samsun province to nab the suspect who had been found to be among the "execution team members" of the terrorist group, according to the sources who requested anonymity due to restrictions on speaking to the media.

During the operation, the suspect, an Iraqi national identified only by initials S.N.S.A.S, was arrested.

This comes after Turkish security forces Friday nabbed 51 Daesh suspects and one PKK terrorist group suspect in counterterrorism operations across the country ahead of the New Year's holiday.

Mindful of a New Year's Eve attack several years ago, Turkish forces have stepped up counterterrorism operations in the country to prevent possible attacks during the holiday season.

Turkey was one of the first countries to declare Daesh a terror group.

The country has since been attacked by the terrorist organization multiple times. It has carried out at least 10 suicide bombings, seven bomb attacks and four armed attacks, killing 315 people and injuring hundreds more.

Turkey is continuing its fight against all kinds of terrorist groups both within its borders and abroad.

On Sunday, the defense ministry announced that security forces eliminated six terrorists of the PKK’s Syrian wing, the YPG, in northern Syria.

The terrorists were targeted when they opened fire and attempted to infiltrate the areas of Turkey’s cross-border counterterrorism offensives – Operation Peace Spring, Olive Branch and Euphrates Shield, the ministry said on Twitter.

Since 2016, Turkey has conducted a trio of successful operations across its border in northern Syria to prevent the formation of a terror corridor and to enable the peaceful resettlement of residents: Euphrates Shield in 2016, Olive Branch in 2018 and Peace Spring in 2019.

The terrorists were targeted in an air operation in the Qandil region, the ministry said on Twitter.

The Turkish military regularly conducts cross-border operations in northern Iraq. Turkey has long stressed that it will not tolerate terrorist threats posed against its national security and has called on Iraqi officials to take the necessary steps to eliminate the terrorist group. Ankara previously noted that if the expected steps are not taken, it will not shy from targeting terrorists.