Turkey cooperates with Iraq, KRG in fight against terror: Minister 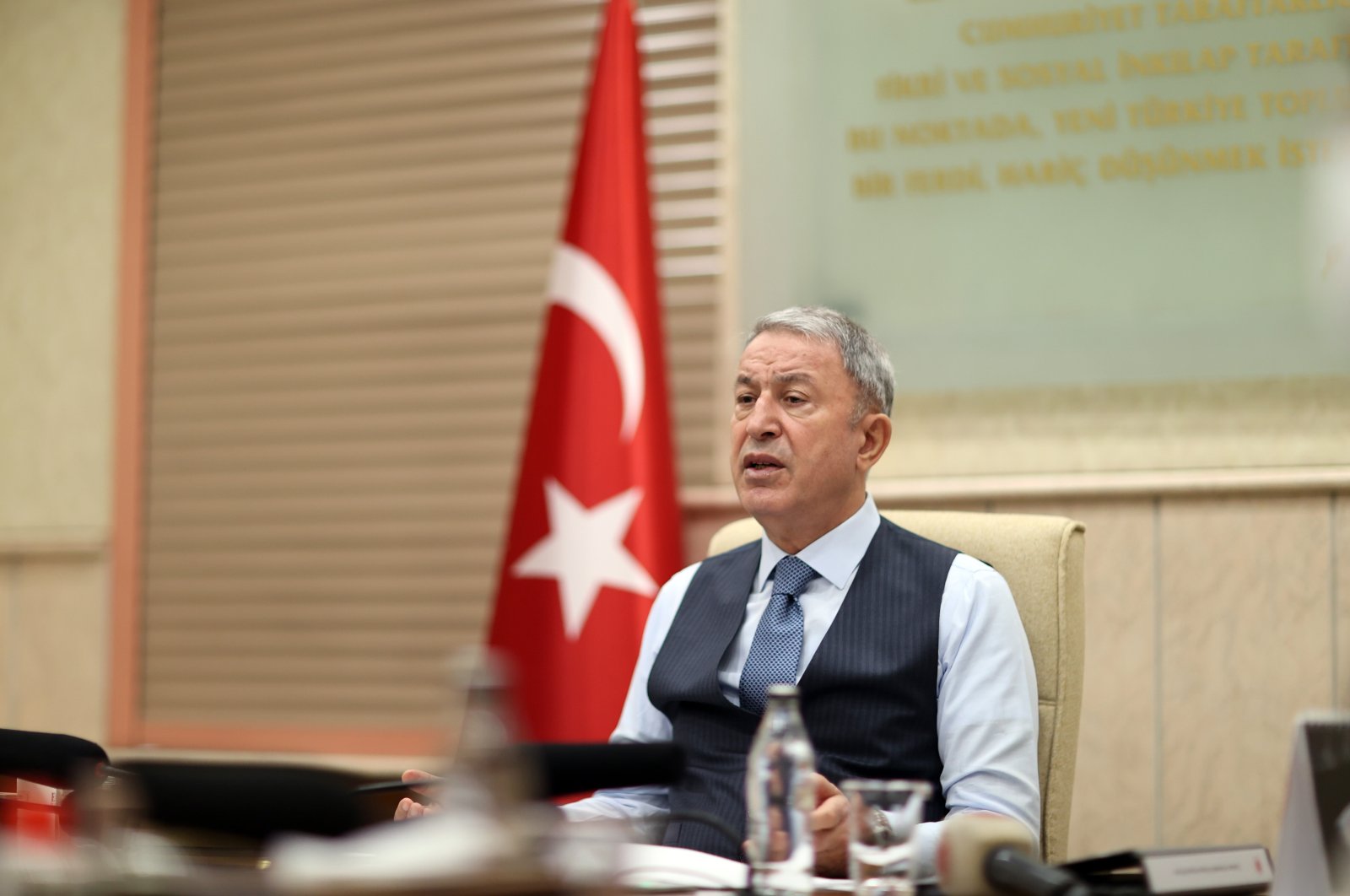 Turkey is working with the Iraqi central government and the Kurdistan Regional Government (KRG) constructively in the fight against terrorism, Defense Minister Hulusi Akar said on Monday.

In a videoconference, Akar said Turkey's fight against terrorism continues with determination despite difficult weather and terrain, and that terrorism is collapsing.

He vowed that the Turkish Armed Forces (TSK) would destroy all terror bases and hideouts, adding that the counterterrorism operations will continue until the last terrorist is eliminated.

He underlined that Ankara respects the law and rights while fighting terrorist elements abroad – likely referring to the PKK terrorist organization, which often hides out across Turkey's border with Iraq to plot terror attacks.

"We should reach the goal together," said Akar. "This is how we ensure the security of ourselves and our Iraqi brothers. We will continue to work shoulder to shoulder in this regard."

The Turkish military regularly conducts cross-border operations in northern Iraq. Turkey has long stressed that it will not tolerate terrorist threats posed against its national security and has called on Iraqi officials to take the necessary steps to eliminate the terrorist group. Ankara previously noted that if the expected steps are not taken, it will not shy from targeting terrorists.

On the other hand, Akar also highlighted that Turkey is closely monitoring developments in the key Iraqi city of Kirkuk, and the protection of Turkmen rights there carries great importance for the Turkish government.

Kirkuk, a onetime Ottoman holding, is an important Iraqi city with a large ethnic Turkmen population. Some of the city's Turkmen and Arab residents fear that military cooperation between Baghdad and the KRG could lead to the deployment of Kurdish peshmerga forces in Kirkuk, which lies outside the KRG region. Turkey has long opposed efforts to artificially alter the city's ethnic makeup.