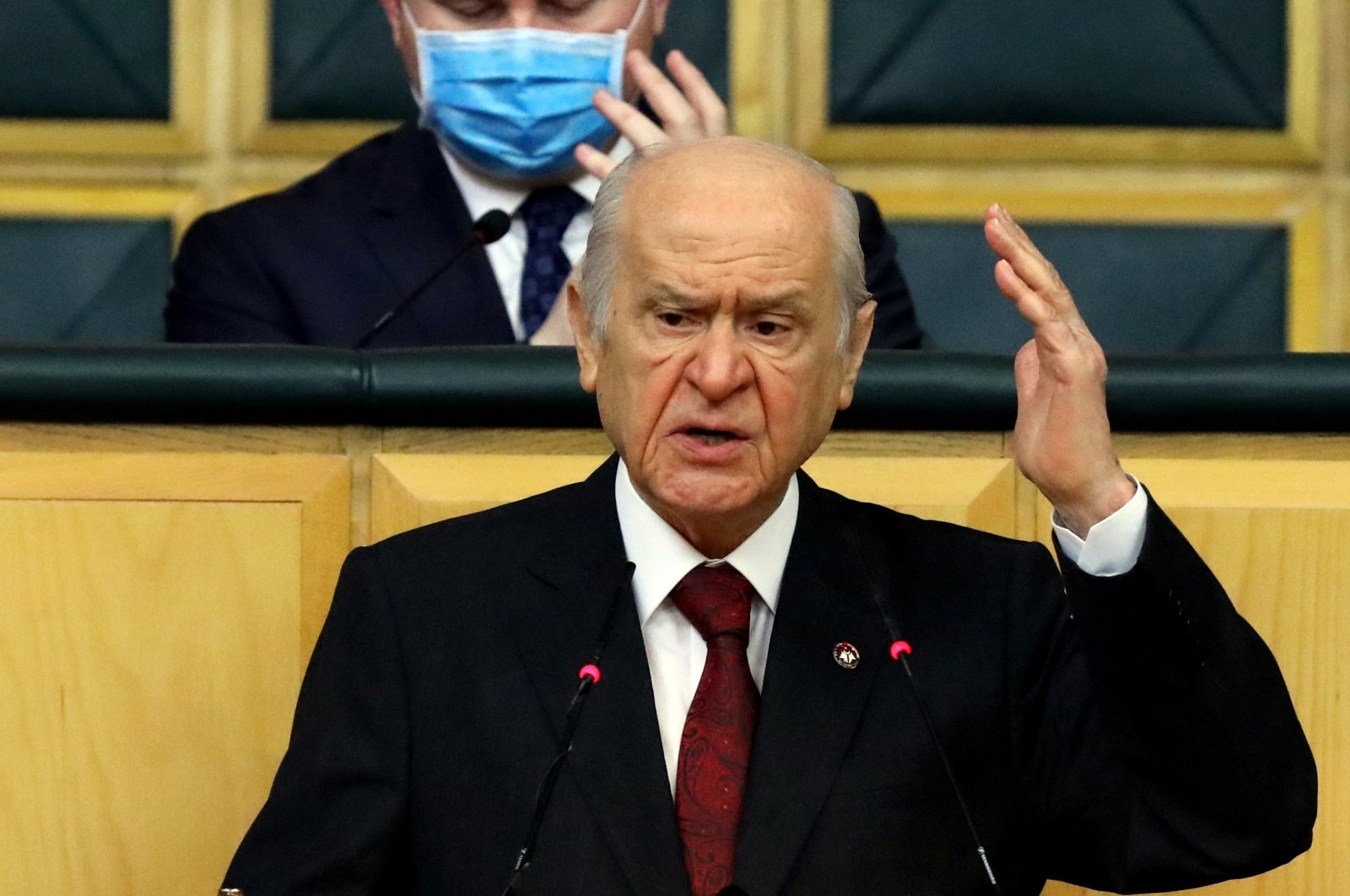 "The U.S. has exposed its cooperation with the PKK in its statement on the Gara massacre," Bahçeli told fellow party members at his parliamentary group meeting in the capital Ankara on Tuesday.

On Sunday, the U.S. State Department issued a conditional condemnation following the execution of the 13 citizens by the PKK terror group, saying in part: "If reports of the death of Turkish civilians at the hands of the PKK, a designated terrorist organization, are confirmed, we condemn this action in the strongest possible terms."

Bahçeli criticized Washington’s choice of words, referring to the "ifs" and "buts," accusing it of trying to "save" the group by refraining from naming the terrorists.

He described the Gara massacre as a breaking point in Turkey's counterterrorism operations, saying that from this point on the strategies executed will never be the same. Bahçeli denounced the terrorist ringleaders, saying they should be "buried" in the caves and calling for all those who stand with terrorists to be punished.

“We need to reach the centenary of the republic by putting an end to terrorism,” Bahçeli said, adding that all parties must revise their stances on the matter.

Bahçeli continued by criticizing pro-PKK Peoples’ Democratic Party (HDP) lawmakers for supporting the terrorists and blaming Turkey for the executions.

“The HDP is controlled by Qandil,” Bahçeli, said, referring to the PKK’s headquarters in northern Iraq.

He argued that all HDP lawmakers who blame Turkey for the massacre should be kicked out of the Turkish Parliament.

Meanwhile, he welcomed an investigation launched by the Ankara Public Prosecutor’s Office into provocative social media posts made by some HDP lawmakers.

Minister of National Defense Hulusi Akar made the announcement on Sunday that PKK terrorists had executed 13 Turkish citizens, shooting most of them in the head, after abducting them.