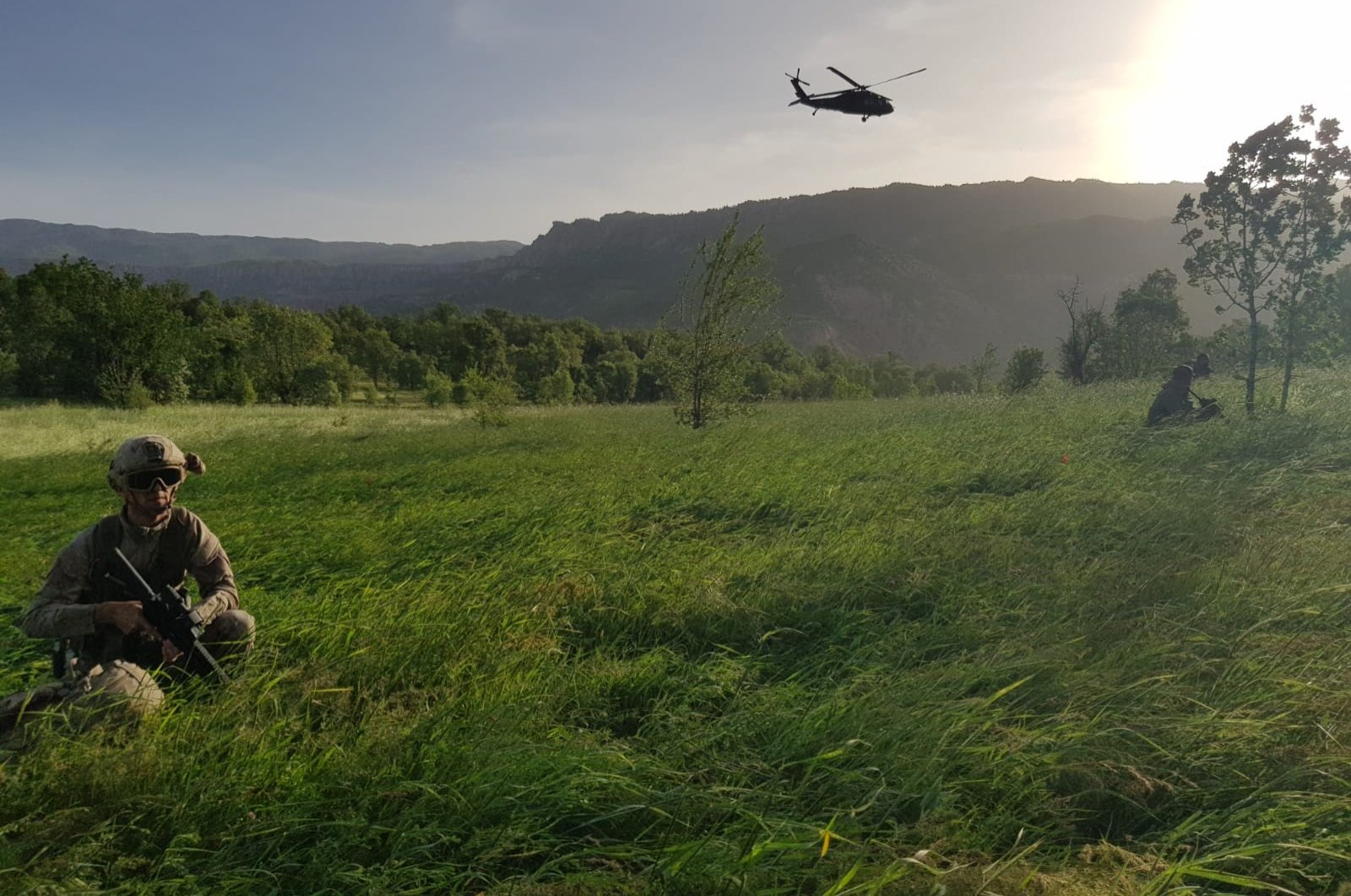 Turkish security forces regularly conduct counterterrorism operations in the eastern and southeastern provinces of Turkey where the PKK has attempted to establish a strong presence. (IHA)
by Anadolu Agency Jun 11, 2020 7:21 pm
RECOMMENDED

Turkish security forces killed a wanted terrorist responsible for the death of 16 people in the southeastern Diyarbakır province in 2016, the interior minister said on Thursday.

Süleyman Soylu took to Twitter to announce that Izzet Yiğit, the perpetrator of a bomb attack in Durumlu village which martyred16 people, was killed.

Yiğit was also behind the bomb attack targeting the provincial police headquarters in the eastern Elazığ province in 2016, and was on the wanted terrorist list of Turkey, Soylu added.

Meanwhile, the Interior Ministry said in a statement on the matter that Yiğit was among the two terrorists killed by the local gendarmerie in the Arıcak district of Elazığ as part of the domestic security operations.

The statement added that Yiğit, codenamed Firaz Amed, was sought with a bounty of TL 1 million (around $143,400) on his head.

The ministry earlier announced that the other terrorist killed was Salih Ekinci, codenamed Devrim Dervan.

On May 12, 2016, PKK terrorists detonated a bomb-laden truck in the village of Durumlu in Diyarbakır's Sur district, reportedly following an argument with a group of villagers who spotted the vehicle and began to chase it. The blast killed 16 people and injured dozens.

In its more than 40-year terror campaign against Turkey, the PKK, listed as a terrorist organization by Turkey, the U.S., and EU, has been responsible for the deaths of nearly 40,000 people, including many women, children, and infants.