Mother demanding daughter back from PKK named 'woman of the year' 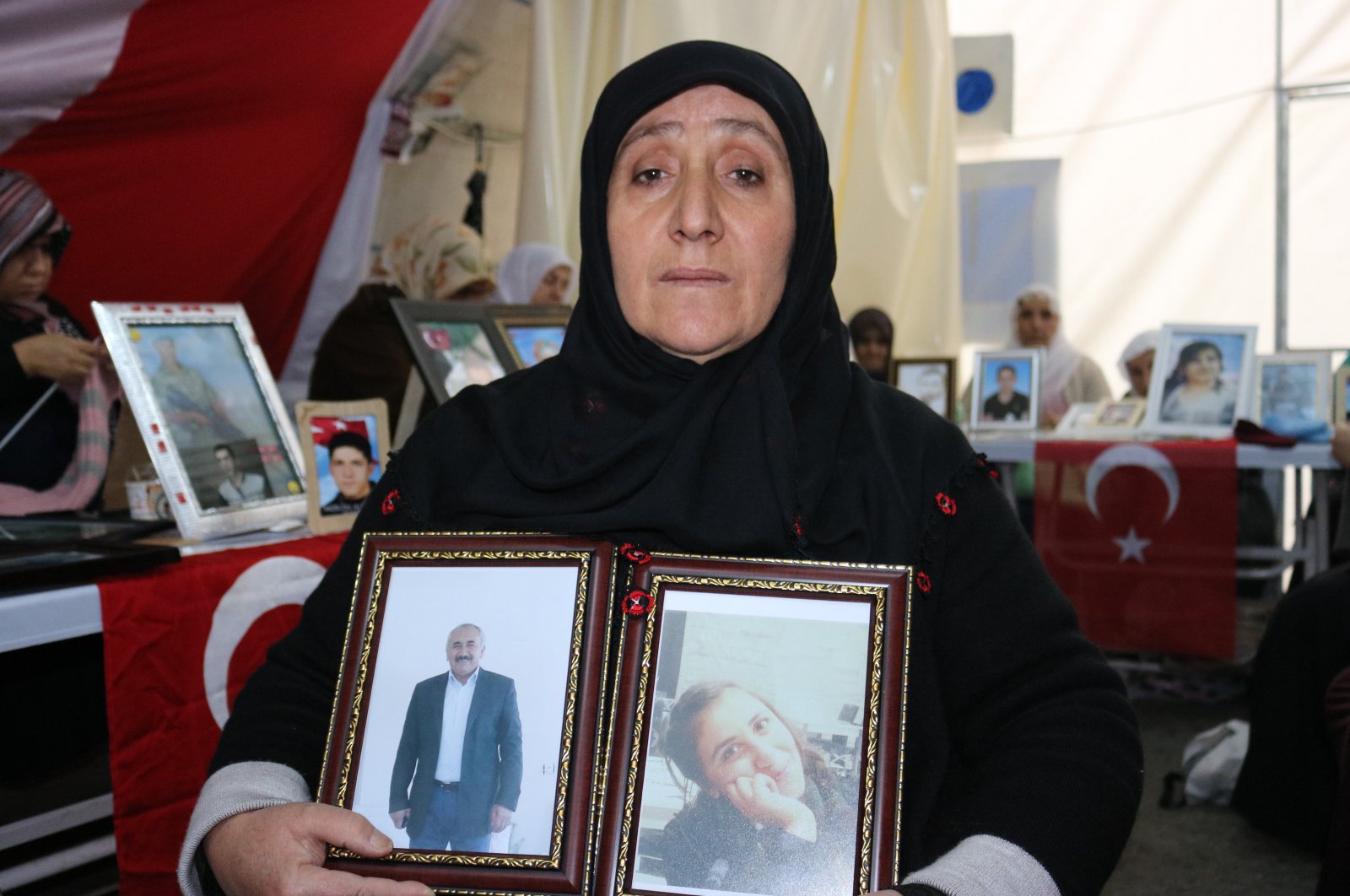 A woman who joined the ongoing protest against the PKK terrorist group in southeastern Turkey was named "woman of the year" by local authorities on Monday.

Nazime Arslan was chosen by the Provincial Directorate of Family, Labor and Social Services in southeastern Hakkari province and was received by the local governor and mayor, Idris Akbıyık, in his office.

Akbıyık congratulated Arslan and staffers at the directorate on International Women's Day.

Stressing that they will continue to support the families of terror victims, he said the government's decisive operations will eradicate terrorism.

Arslan, whose daughter Hatice was kidnapped from the Yüksekova district of Hakkari province six years ago at the age of 17, joined the protest in southeastern Diyarbakır province last December.

Her husband was also killed by PKK terrorists four years ago.

The protest started when Hacire Akar turned up on the doorstep of the pro-PKK Peoples' Democratic Party's (HDP) Diyarbakır office one night, demanding to be reunited with her son. Akar’s son Mehmet returned home on Aug. 24, 2019, giving hope to other families. A week later, on Sept. 3, 2019, families inspired by Akar staged a collective sit-in protest.

Since then, the number of families demanding the return of their children who, they say were deceived or kidnapped by the terrorist group, has been gradually growing.

Families have not given up their post despite difficult conditions, at times being threatened or ridiculed by those with links to the PKK terrorist organization. The protest continued despite the coronavirus pandemic, with the families taking the necessary precautions. First lady Emine Erdoğan on Dec. 31 reaffirmed her support for the protesting mothers, saying in a Twitter post, "No matter how great the threat of a terrorist organization, it is doomed to be ineffective in the face of the warm hearts of mothers.”

A significant number of suspected terrorists have begun to flee the PKK and surrender, but many terrorists lack the courage to leave the group out of fear of severe punishment if caught. More than 235 members surrendered to Turkish security forces in 2019, with 112 surrendering in 2020. Once they surrender, former recruits are provided with a host of opportunities, including the right to an education and the freedom to live without fear and oppression.