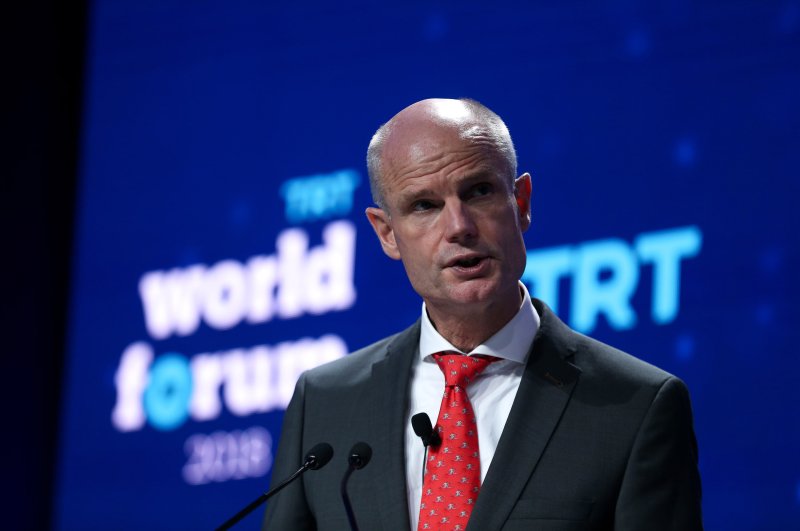 The Netherlands on Wednesday called for a no-fly zone over Idlib, the last opposition stronghold in Syria, which has seen a recent escalation.

Dutch Foreign Minister Stef Blok said: “Let us all take a step back and at least ensure that attacks from the air over Idlib are brought to a halt. This means no more Syrian fighter aircraft or helicopters. In other words: a no-fly zone for Assad over Idlib.”

“The EU needs to consult with Russia and Turkey so that Assad has no choice but to keep his air force on the ground,” he added.

Blok said he will raise this issue Friday at the meeting of the country's Foreign Affairs Council.

“The closure of the airspace over Idlib must then be monitored internationally, and if an airstrike should then occur in Idlib, we will at least know who is responsible,” said Blok.

He called for de-escalation to prevent armed conflict between Russia and Turkey and provide emergency aid to civilians fleeing violence in Syria.

He pledged additional humanitarian aid to civilians in Idlib and urged the international community to understand Turkey's "legitimate security concerns."

German officials had also expressed their support for the establishment of a "protected zone" in northwestern Syria for millions of civilians fleeing the attacks of the Assad regime.

Idlib has been a stronghold of the opposition and anti-regime armed groups since the outbreak of the Syrian civil war in 2011.

Nearly 4 million civilians have been trapped in the last opposition stronghold of Idlib due to the recent military offensive of the Assad regime, with the support of Russia and Iranian-backed forces in the region.

In September 2018, Ankara and Moscow reached an agreement to turn Idlib into a de-escalation zone in which acts of aggression are expressly prohibited.

But more than 1,800 civilians have been killed in attacks by the Syrian regime and Russian forces since then, flouting both the 2018 cease-fire and a new one that started on Jan. 12.

Last week, at least 36 Turkish soldiers were killed in a regime strike, raising tensions between Ankara and Moscow, an ally of the Assad regime.

The recent escalation has also sent a fresh wave of Syrian migrants toward Turkey's border.

Turkey, which already hosts some 3.7 million Syrian refugees, more than any country in the world, says it cannot absorb another wave of migration and has responded by opening its border to Europe for asylum-seekers, sending the EU into panic mode.