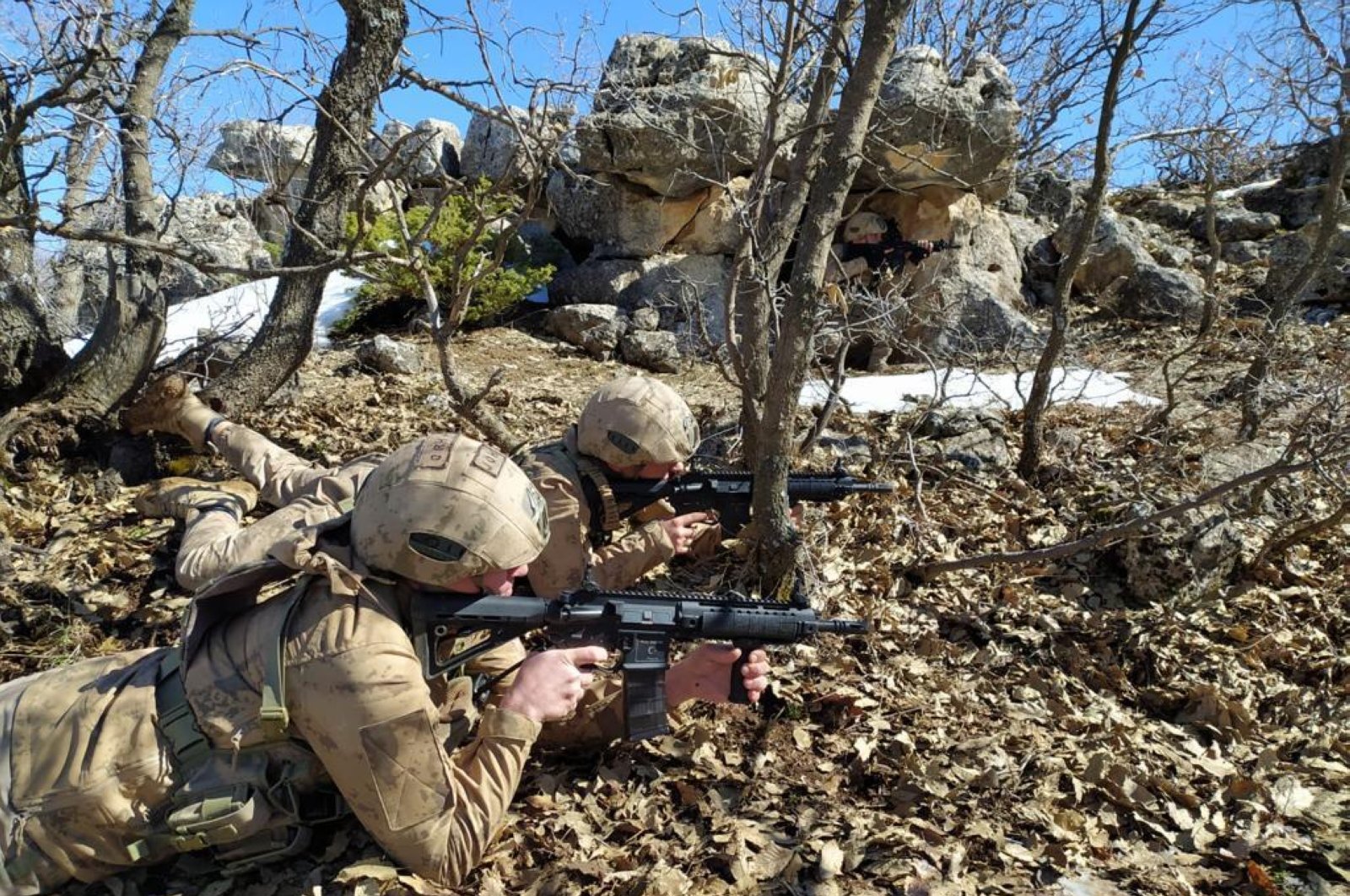 Turkish security forces regularly conduct counterterrorism operations in the eastern and southeastern provinces of Turkey where the PKK has attempted to establish a strong presence and bases.(AA)
by DAILY SABAH Mar 11, 2020 11:39 am

The "Kapan-7 Garisa" counterterrorism operation was launched against the PKK in eastern Siirt province on Wednesday with the participation of 480 military personnel.

Kapan-7 is the latest in a series of counterterrorism operations within the borders of the country in the southeastern region.

Ramping up its fight against terrorists, Turkey launched Operation Kapan last month to eliminate terrorists in the southeastern Mardin province. The move follows Operation Kıran, again launched against YPG/PKK terrorists based in the country's southeast.

Turkish security forces regularly conduct counterterrorism operations in the eastern and southeastern provinces of Turkey where the PKK has attempted to establish a strong presence and bases. The Turkish Armed Forces (TSK) also carry out cross-border operations in northern Iraq, a region where PKK terrorists have hideouts and bases from where they carry out attacks on Turkey. The operations were intensified after July 2018 and gradually became routine.