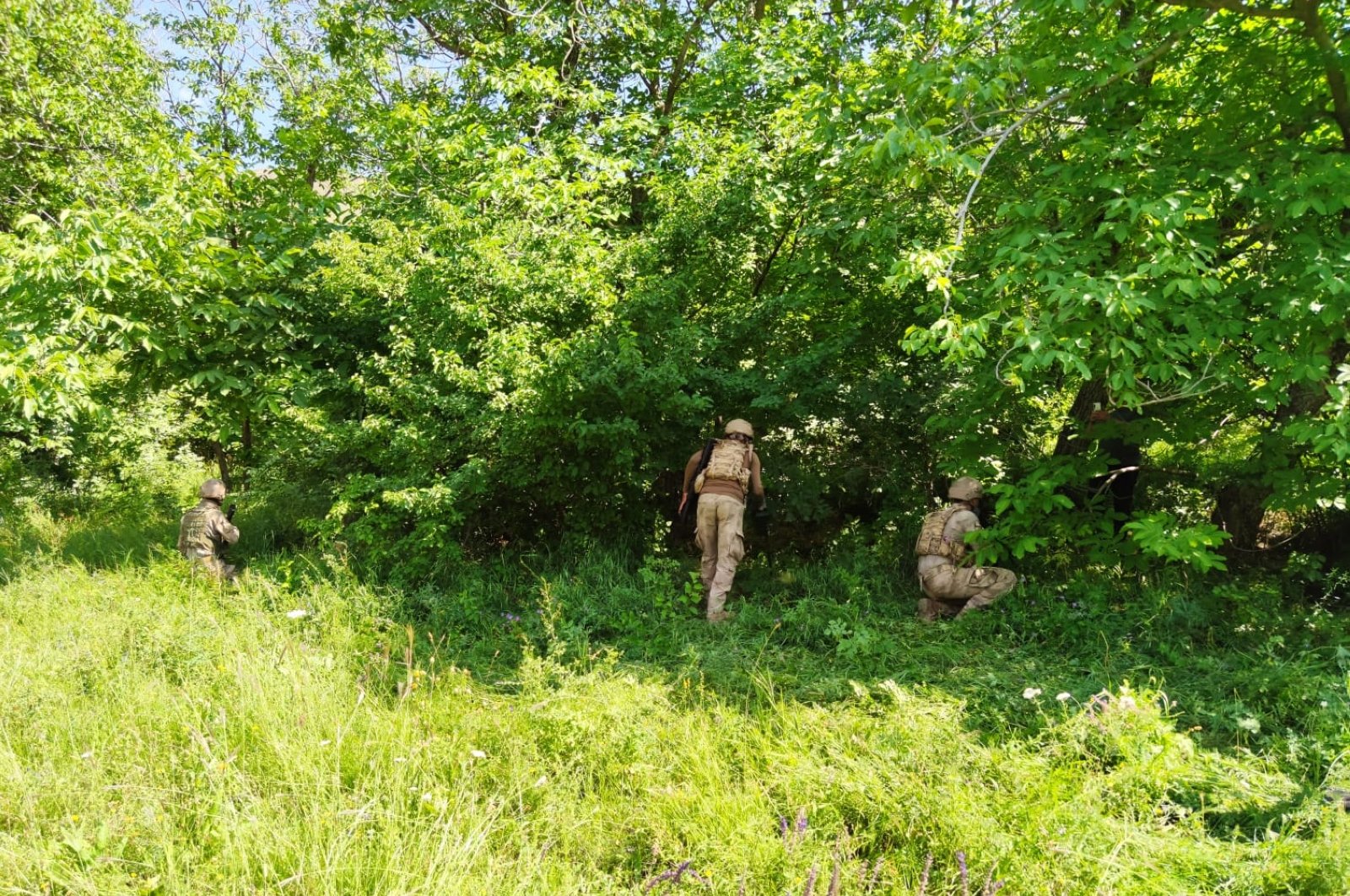 Turkish security forces regularly conduct counterterrorism operations in the eastern and southeastern provinces of Turkey where the PKK has attempted to establish a strong presence. (AA Photo)
by DAILY SABAH WITH AA Jul 27, 2020 12:13 pm
RECOMMENDED

The Interior Ministry statement said Operation Lightning-3 Mt. Ağrı is underway in the eastern Ağrı and Iğdır provinces as well as northeastern Kars.

The operation was launched to "completely eliminate the separatist terror group from the country's agenda and to neutralize terrorists taking shelter in the region."

A total of 1,170 security personnel, including gendarmerie commandos and police special forces, together with village guards, are taking part in the operation, added the statement.

Operations against terrorists in the region will continue without pause, the statement noted.

Mount Ararat, also known as Mount Ağrı, is on the border with Iran and marks the highest peak in Turkey.

Earlier this month, Operation Lightning-2 Cilo was launched on July 19 to eliminate PKK terrorists in the region, the ministry had said. The operation was named after southeastern Hakkari's Mt. Cilo.

Since the Lightning operations began, eight PKK terrorists have been killed and a huge cache of weapons and ammunition has been seized.

Security forces have adopted strategies such as "ending terrorism at its root" and "attack rather than defense" in its operations across the country.

To this end, Turkey has engaged in efforts to convince terrorist organization members to surrender, working together with their families.

A significant number of suspected terrorists have already deserted the PKK and surrendered. At least 100 terrorists have been persuaded to surrender by Turkish authorities since the beginning of this year and the efforts continue. However, many terrorists are still fearful of leaving the group because they face severe punishment if caught.

In its more than 40-year terror campaign against Turkey, the PKK, listed as a terrorist organization by Turkey, the U.S. and European Union, has been responsible for the deaths of 40,000 people, including women and children.