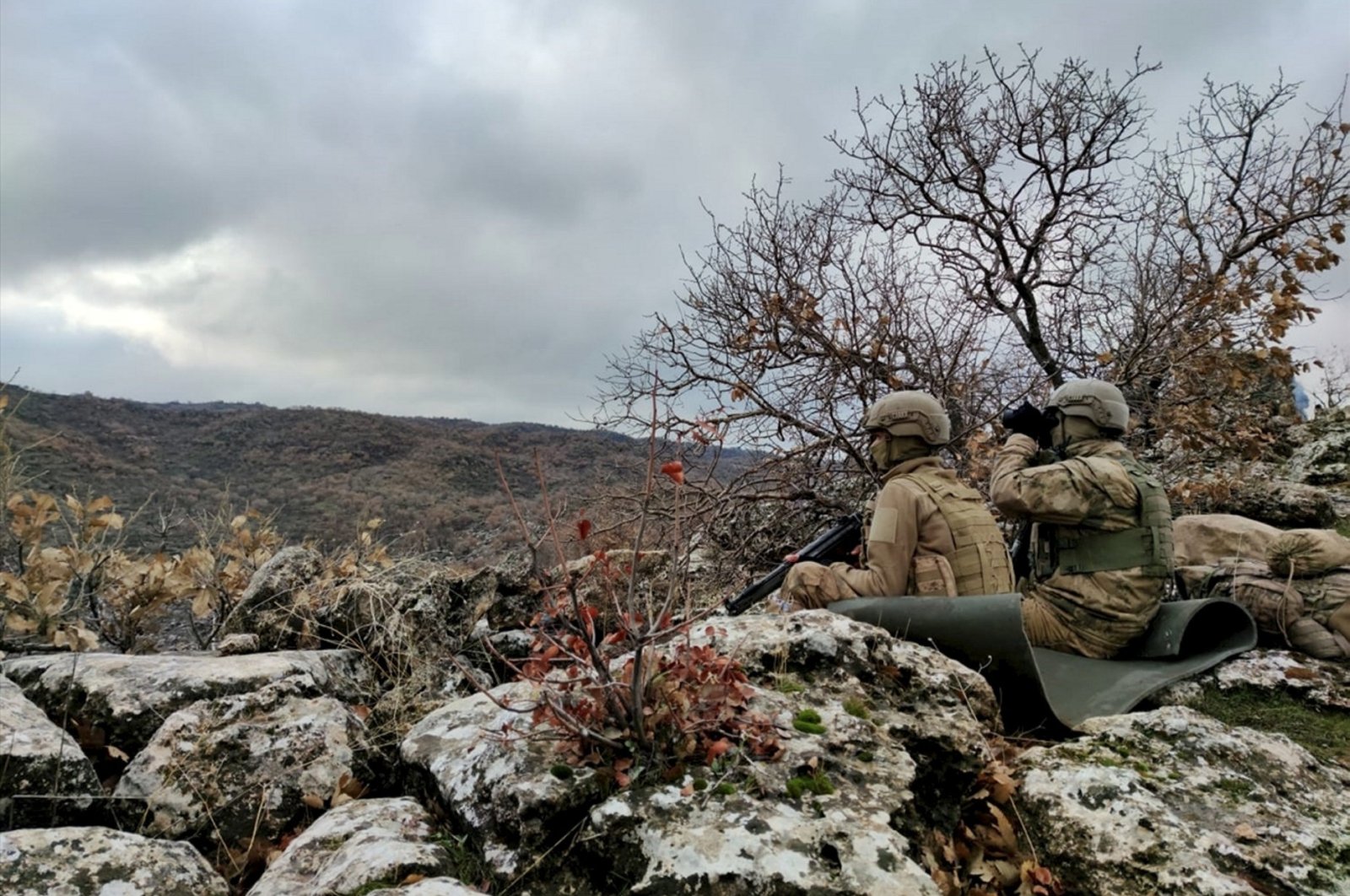 Turkish security forces regularly conduct counterterrorism operations in the eastern and southeastern provinces, where the PKK has attempted to establish a strong presence.
by DAILY SABAH WITH AA Sep 03, 2020 12:04 pm
RECOMMENDED

A new anti-terrorism operation has been launched in Turkey's eastern Muş, Bingöl and southeastern Diyarbakır provinces, the Interior Ministry announced on Thursday.

Operation Lightning-9 Şenyayla is aimed at eliminating the separatist terror group PKK from the country and neutralizing all terrorists taking shelter in the region, the ministry said in a statement.

As many as 1,022 security personnel, including Gendarmerie Special Operations forces, police and security guards, are taking part in the operation, it added.

At least 38 terrorists have been killed, 22 collaborators nabbed; 80 caves, shelters and storage areas destroyed and a large number of arms, ammunition and other supplies seized in Lightning operations to date, the ministry said.

It said the action against terrorists is continuing without any letup and with the support of the Turkish public.

Turkish security forces regularly conduct counterterrorism operations in the eastern and southeastern provinces, where the PKK has attempted to establish a strong presence. As the Turkish security forces carry out counterterrorism operations in and outside Turkey, many terrorists continue to surrender voluntarily. Surrendering terrorists commonly depict that many others cannot do so out of fear for their lives due to threats by high-ranking terrorist members.

Since the beginning of 2020, a total of 526 terrorists, 64 of whom were high-ranking, have been killed during the operations while 152 terrorists have surrendered to security forces. In the end, the number of PKK terrorists operating within Turkey has reduced to under 400.

Meanwhile, it was reported on Thursday that the continuous operations, especially the attacks by Turkish drones, caused fear among terrorists, forcing them to cover themselves up with the camouflage clothes. According to Sabah daily, Turkish intelligence units determined that the terrorists started to wear camouflage back in June. Known as the "sniper" clothes, the terrorists falsely assumed that the fringed tops would not be detectable in optical and thermal scanning. However, still, since June, Turkish security forces have managed to kill 87 terrorists, most of whom were wearing camouflage clothing that is suitable for the field conditions.