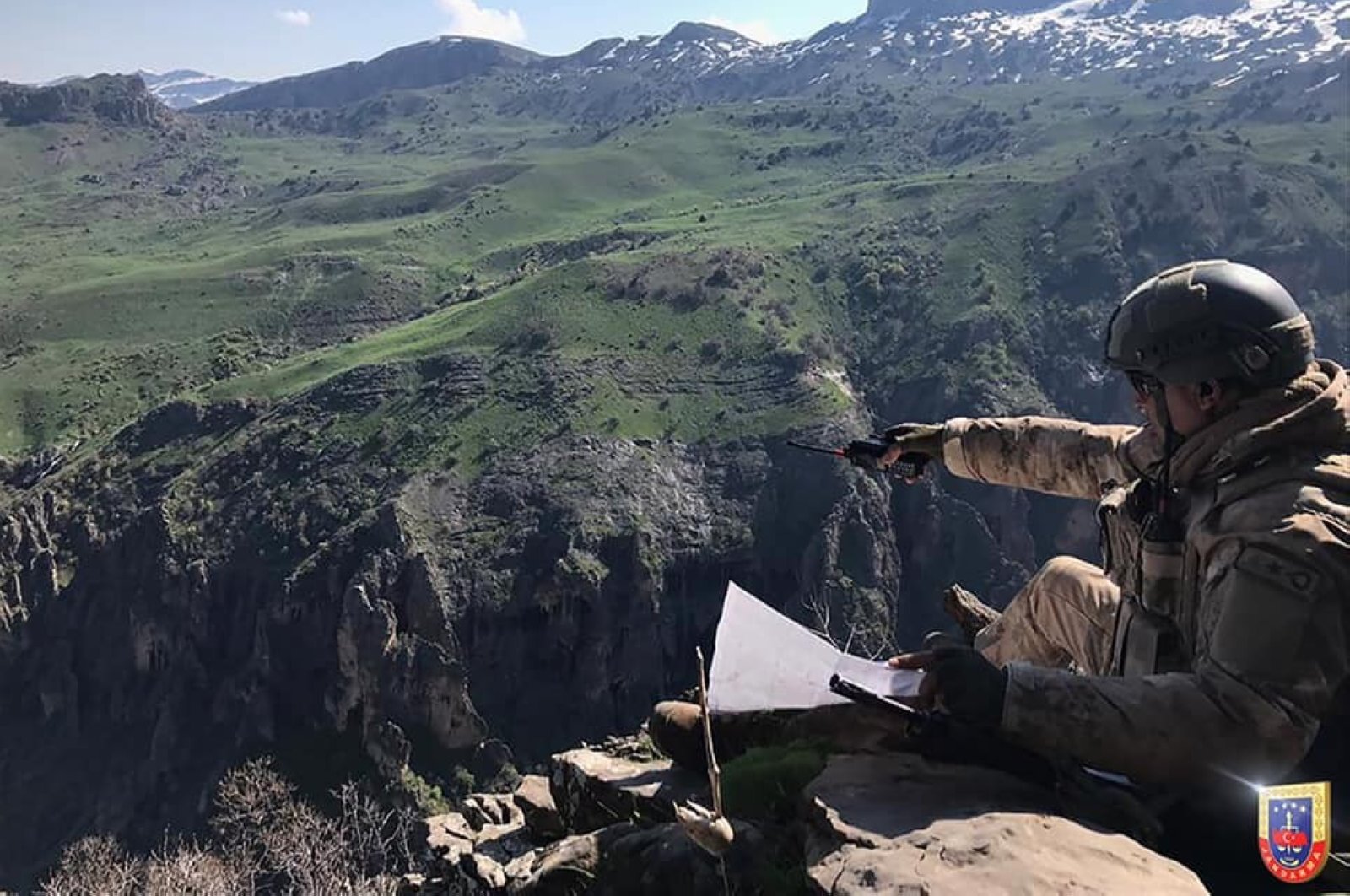 Turkish security forces have killed over 1,300 terrorists across five different operational areas since the beginning of 2020, the country's national defense minister said.

In activities on Friday, a total of 17 terrorists in various regions were killed. The number of total terrorists eliminated in operational areas since Jan. 1 reached 1,359, Hulusi Akar said on Friday in a meeting with high-ranking commanders.

"It is very important for us to continue these operations. At the same time, these areas where our soldiers are present should not be affected by this virus in any way. Extraordinary efforts are being made for this," he added.

Though the statement did not mention a specific terrorist group, Turkey has long been conducting operations against the YPG/PKK in the region.

Turkish security forces regularly conduct counterterrorism operations in the eastern and southeastern provinces of Turkey where the PKK has attempted to establish a strong presence and bases. The TSK also carries out cross-border activities in northern Iraq, a region where PKK terrorists have hideouts from which to carry out attacks in Turkey, with particular attention paid to the targeting of high-level terrorists.

Turkey also carried out three cross-border operations in northern Syria. Operation Euphrates Shield was launched in August 2016 and Operation Olive Branch in January 2018, to drive terrorist groups, including the YPG and Daesh, from its borders. Following the most recent Operation Peace Spring, launched in October 2019, efforts to clear bombs and improvised explosive devices were started to create an environment of peace for the return of refugees, and administrative duties were given to local councils.

In its more than 35-year terror campaign against Turkey, the PKK, listed as a terrorist organization by Turkey, the U.S. and the European Union, has been responsible for the deaths of 40,000 people, including women, children and infants. The YPG is its Syrian branch.

After originating in China last December, the virus has spread to at least 187 countries and regions. Europe and the U.S. are currently the worst-hit regions.

The pandemic has killed over 275,000 worldwide, with more than 3.95 million infections, while recoveries have exceeded 1.33 million, according to figures compiled by U.S.-based Johns Hopkins University.