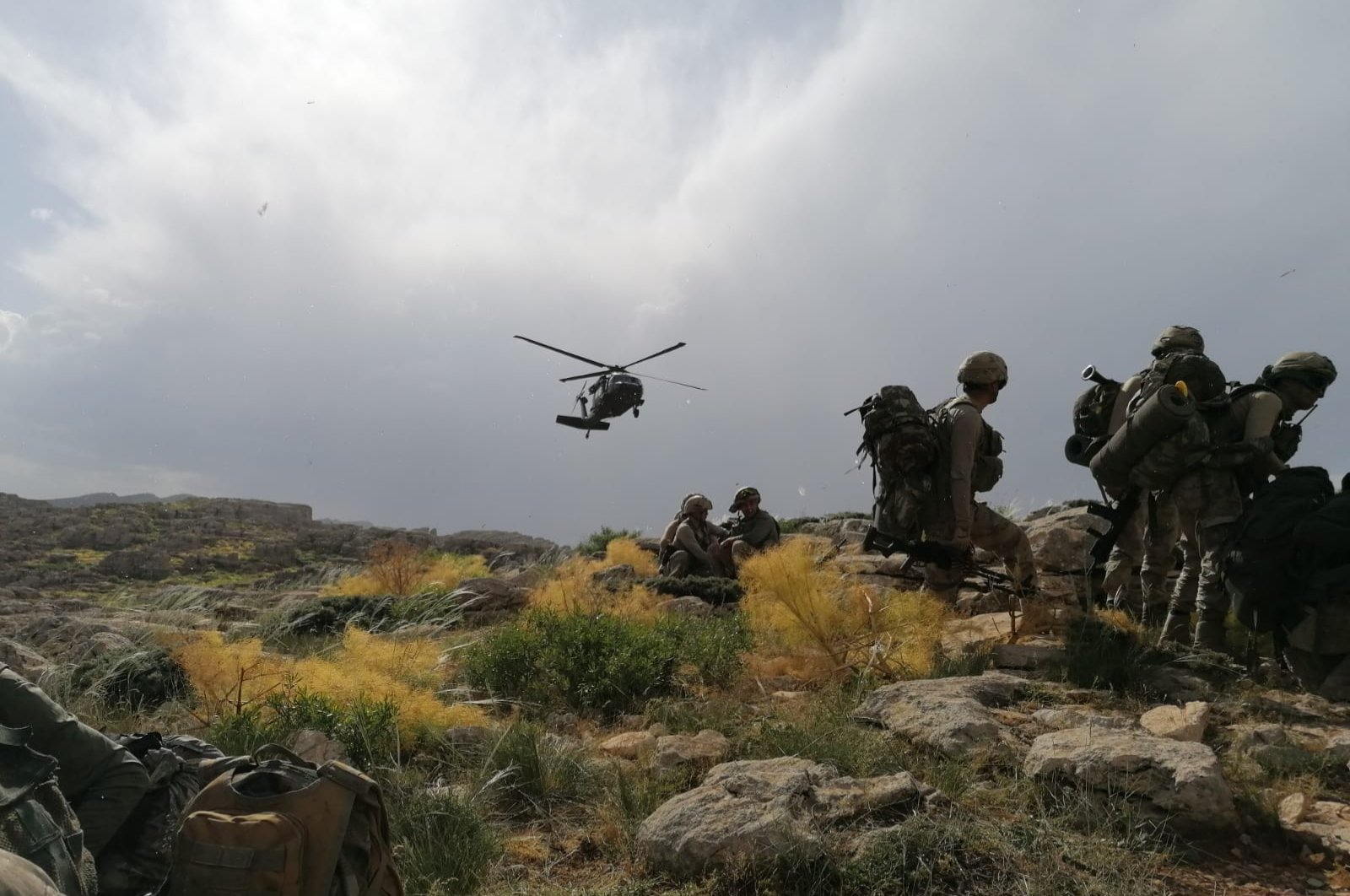 Turkish military regularly conducts operations targetting the PKK terror group in southeastern Turkey and northern Iraq, from which they carry out attacks in Turkey. (AA Photo)
by DAILY SABAH WITH AA Jun 20, 2020 11:05 am
RECOMMENDED

Turkey has so far hit over 700 targets of the PKK terror organization as part of its Claw-Tiger Operation in northern Iraq, the country's national defense minister said on Saturday.

In a nighttime inspection of the regional operation center with high-level military officials, Hulusi Akar said some 150 caves had been destroyed and large amounts of ammunition seized, along with more than 160 improvised explosive devices eradicated.

Earlier on Friday, the ministry said that the Turkish Armed Forces had killed four terrorists as part of the operation.

On Monday, the ministry announced the start of Operation Claw-Eagle in northern Iraq, noting that Turkish fighter jets had destroyed caves where terrorists were taking shelter. The mission was carried out against bases in Sinjar, Qandil, Karacak, Zap, Avasin-Basyan and Hakurk.

Operation Claw-Tiger was initiated a few days after Operation Claw-Eagle, which was launched in order to ensure the security of the Turkish people and the country's borders by eliminating the PKK and other terrorist organizations that have been stepping up their harassment and attack attempts against military bases and the police.

Turkey has long been stressing that it will not tolerate threats posed to its national security and has called on Iraqi officials to take the necessary steps to eliminate the terrorists. Ankara previously noted that if the expected steps were not taken, it would not shy away from targeting the group. Iraq's Kurdish Regional Government (KRG) also previously called the PKK's presence in Sinjar unacceptable and urged the militants to leave the area.

The TSK regularly conducts cross-border operations targetting PKK hideouts and bases in northern Iraq, from which they carry out attacks in Turkey.