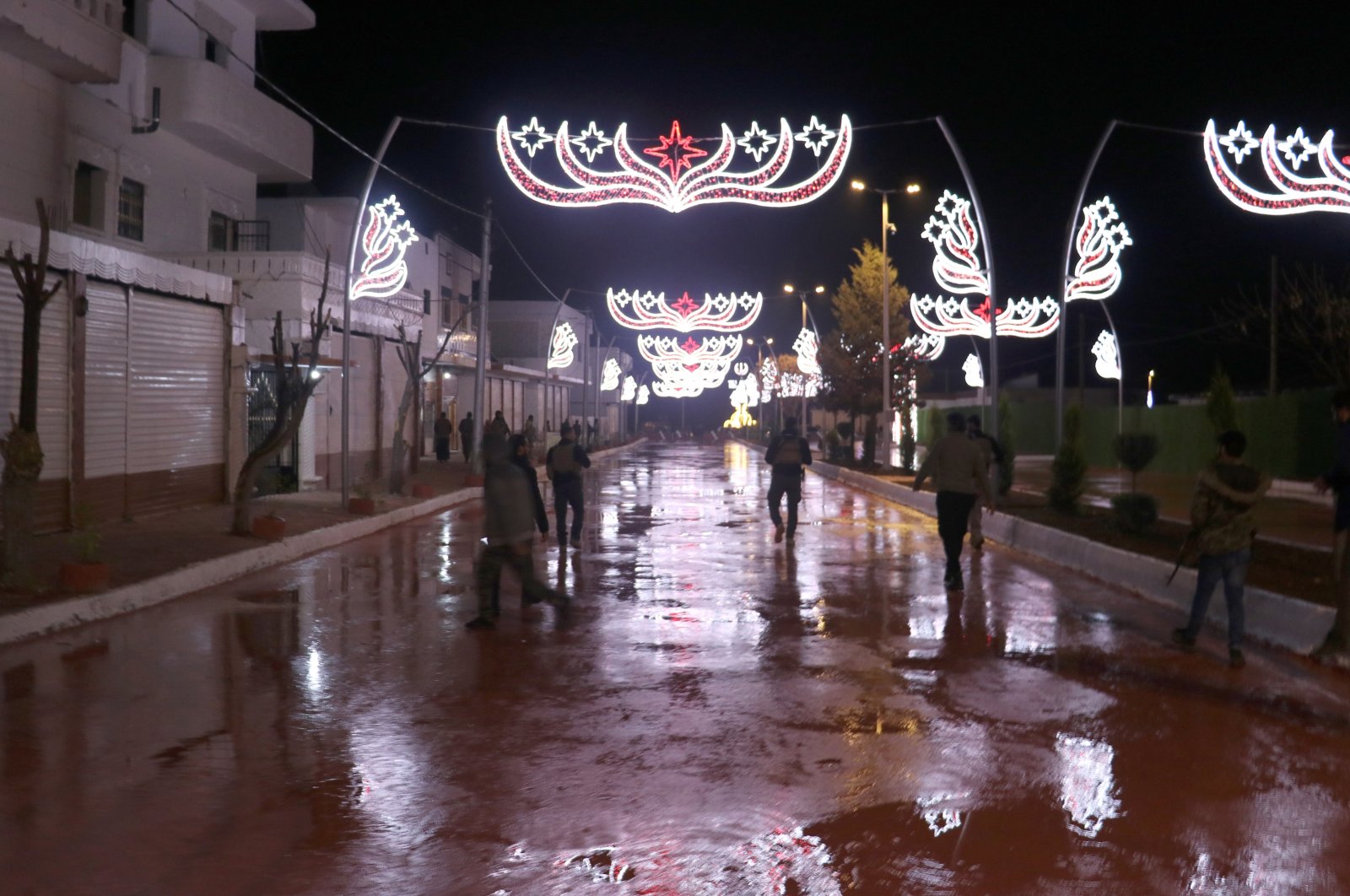 The street was constructed as part of the local council's efforts to promote economic development, a goal supported by Turkey.

A children's entertainment hall, playground and market can be found on the street, which provides employment opportunities for more than 150 people.

By the end of February, a shopping mall, textile workshop, pharmacy, vegetable market and restaurant are expected to open, too.

Hamada Hamad, who was shopping at the market, told Anadolu Agency (AA) that he had never seen a street like this in the district, adding that infrastructures problems had improved over time.

Kutayba Muhammed said that he witnesses new projects in Tal Abyad every day.

"Although the prices are a bit expensive, at least it broke the monopoly in the district," he said.

He noted that the opening of the vegetable market, restaurant, shopping mall and pharmacy will provide mobility on the street in the summer season.

Salih Hac Abdullah said that turning Tal Abyad into a prestigious area has been a goal for the local council.

"Thanks to the opened market, we are trying to keep the prices stable. Employment opportunities will be provided to more than 150 people on the street," he added.

Stating that the council will continue to undertake projects that will reduce the financial burdens of the people of Tal Abyad, Hac Abdullah said: "At the end of February, a shopping mall, textile factory, vegetable market, restaurant, entertainment center and pharmacy will be opened."

Even though the region has just emerged from war, he said that the youth and children of Tal Abyad have the right to live like their peers around the world.

Turkey carried out Operation Peace Spring in 2019 against the PKK terrorist group's Syrian branch, the YPG, which is mainly backed by the United States, in northern Syria to prevent a terrorism corridor from being created along its southern border, as well as to bring peace and tranquility to the region.

After the completion of the operation, Turkish officials focused on ensuring the security of the region and creating the necessary conditions for the return of civilians displaced by terrorism.

Thanks to Turkey's intense contributions to health, education and services life has returned to normal and the population of the region now numbers 250,000.