PKK begins to dissolve, as terrorists surrender with help of Kurdish mothers 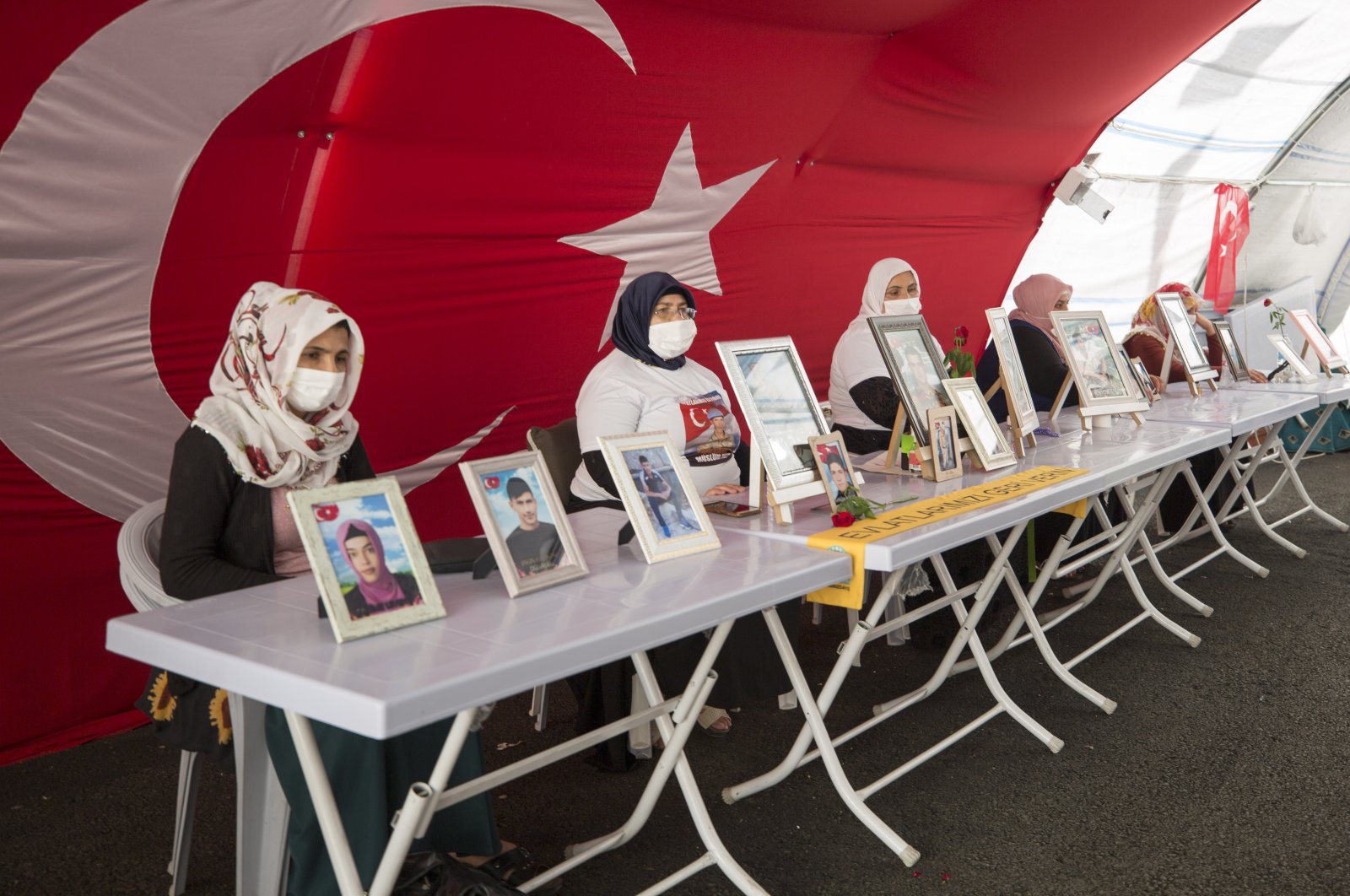 Kurdish mothers’ sit-in protest in southeastern Turkey against the PKK entered its 341st day on Saturday, as the terror group – which has shed blood for nearly four decades and kidnapped and recruited children – is dissolving and on the brink of collapse as a result of successful military operations in Turkey and abroad and the efforts of the Kurdish mothers in Diyarbakır.

Protesters camped outside the offices of the opposition Peoples' Democratic Party (HDP) in Diyarbakir province have vowed to stay put until the return of every child abducted by the terrorist group.

Şevket Bingöl, a father, blames the HDP for the kidnapping of his son six years ago.

He said losing his child was the most painful experience of his life and urged his son to surrender to Turkish security forces.

Bingol accused the PKK terror group of exploiting the Kurdish people for 40 years.

Another father Fahrettin Akkuş said his son was deceived by the HDP and handed over to the terror group.

"My son, if you find a way to escape, just run away. HDP deceived you; please run away my son," he said.

Thanks to the pressure from those mothers, terrorists have been surrendering to Turkish justice officials, which has led to happy reunions with families.

Hacire Akar claimed her son was kidnapped and taken to the mountains on Aug. 22, 2019, and started a sit-in protest in front of the HDP headquarters in Diyarbakir. After she was reunited with her child as a result of her sit-in, other mothers began to find hope. Subsequent sit-in protests began Sept. 3, 2019, and more parents increasingly joined the demonstrations. Families from many Turkish provinces come together to share the pain of being separated from their children. Thanks to the protests, 15 families have been reunited with their children, while others still wait longingly to embrace their children once again.